I am ashamed that by now our educated Brothers, Sisters, attorneys, and Congressional Servants who are fully aware of the history of the Slave Trade and Black History in these United States have done nothing to raise consciousness to our long-standing torment and decline. Ma

Originating from the efforts of Carter G. Woodson, whose landmark dissertation ' The Mis-Education of the Negro' challenged the social structure of American education.

However, the white supremacist orientation of the United States makes it impossible for Black History Month to have any significant impact in the education of the masses.

NOT A POT TO PISS IN

NOR A THICKET TO THROW IT IN

AND LOOK AT WHAT DESCENDANTS OF SLAVES WANT

Blacks sleep in the streets, eat out of garbage, attend the worst of the most inferior schools in the country, live in the Ghettoes of urban cities, endure racial profiling, are denied justice, have no genuine representation in Congress, and vote every four years and get absolutely nothing out of it.  And what do Blacks want these days?

YOUR ASSIGNMENT IS TERMINATED!

THE CHILDREN OF ISRAEL HAVE RESIGNED THEMSELVES

TO RETURN TO THEIR GOD AND TO SERVE AND OBEY HIM

ACCORDING TO HIS BOOK OF THE LAW!

“…the wrath of the LORD kindled against his people,

insomuch that he abhorred his own inheritance.
And he gave them into the hand of the heathen;

and they that hated them ruled over them.
Their enemies also oppressed them,

and they were brought into subjection under their hand.”

In April 1960, the Southern Christian Leadership Conference, then led by Rev. Dr. Martin Luther King, Jr., established the Student Nonviolent Coordinating Committee.  Ella Baker, at the suggestion of Dr. King, was the primary organizer (Student Nonviolent Coordinating Committee (SNCC), 2013).  This student movement was one of a few Black Power organizations that changed its philosophy from being a civil rights organization, embracing the strategy of non-violence, to a Black Power organization th

This blog is part of a series of articles to recognize unsung heroes who were active in the Black Power Movement.  The Chad School was an independent Black educational institution in Newark, New Jersey that was established and supported by the Black Youth Organization. Following is a summary of the founding organization and an interview with former administrator, Babatu Y. Olubayo.

The Black Youth Organization was established by college students in 19

I recently saw a documentary of the Black Panther Party that aired at the E Street Cinema in Washington, DC.  It was the most compelling and accurate portrayal of the organization that I have seen.  Many have sought to demonize the young Black activists and their efforts have gone largely unrecognized.  The documentary is a collection of news clips and interviews with authentic voices. It puts to rest the contention that the Black Panther Party was a terrorist organization and/or a hate group. I

I'm Baba Bob Shipman, out of Philly...struggling until death do me part! as many of you!

For over 45 years starting at age 16 and 61 now i have dedicated my life to the struggle of of all people of color and the iunder class regardless of clolor or rank in this society.

Send donations here https://life.indiegogo.com/fundraisers/former-activists-needs-help-replacing-equipment Past 8 years i have been struggling with a vocal cord issue called Spasmodic dysphonia. I have hearing

Some people would call the demonstrators and those in support of them radical and trouble makers, but that would not at all be the truth.  Blacks have been a restrained and a controlled people in these lands and in all the lands that took Slaves to build their empires.  And since the end of Slavery, descendants of Slaves have endured pain and suffering, cruelty and endless racist acts that have been covered up or rendered nonexistent, and have been left out of the equal distribution of wealth.

I guess everyone knows by now that I am very disappointed with President Obama for his lack of effort to be a voice for the human rights of African Americans, as he has been for Israelis and Gay Rights advocates.  In truth Blacks have been persecuted in this country under his watch, and it has taken – not the deaths of Black men at the hands of White police officers and the recent barbaric beating of a Black woman, but rather it has taken (after six years) 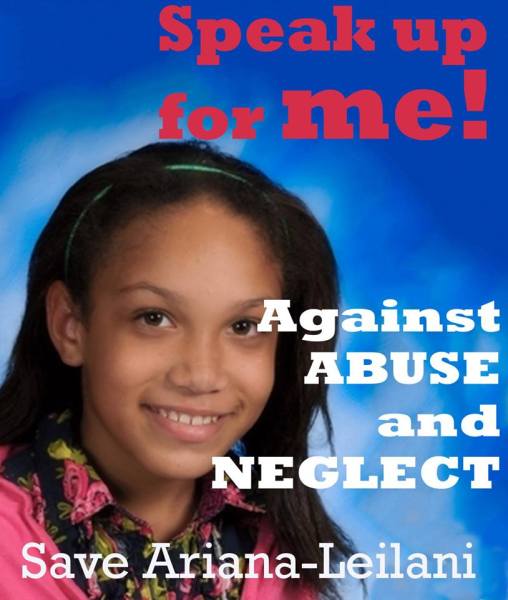 I am working the Ariana-Leilani case: Ariana-Leilani has been suffering for five years from untreated Severe Chronic Neutropenia (SCN). SCN is a rare potentially fatal low immunity condition (like AIDS) that can lead to her death in as little as 18 hours from a common infection.   The experts believe that, based on the tests done to date, her severe chronic neutropenia is caused by drugs.  However, she has yet to receive any testing for drugs in her system in the five years she has suffered from

Our assignment will move us from one battle to another.  Adversity is inevitable our enemy observes all progress. God will mentor us in warfare. The scriptures says “He trains my hands for battle; he strengthens my arm to draw a bronze bow.” Psalm 18; 34 “Praise the Lord, who is my rock. He trains my hands for war and gives my fingers skill for battle.” Psalm 144:1.

A warrior only uses the weapons that never failed him. David rejects the weapons of other while fighting Goliath.

If You Rebel Against Your Assignment (the Resurrection of the Mentally Dead Black Man and Woman), God May Permit Painful Experiences To Correct You!

Every Tragedy Can Be Traced To An Ignored Instruction By God!

God Will Not Be Ignored!

God can create painful experiences, unforgettable experiences. Jonah is a perfect example. He rebelled against God’s instructions to” arise, go to Nineveh, that great city and cry against it; for their wickedness is come up before me”, instead he rose up to flee unto

"We are at war! Our survival as a people is at stake. We all are going to be tested in this autumn. America is living on borrowed time. Time for talk is over! To be free sacrifice must be made! Blood must flow if we are to be free." Minister Louis Farrakhan

The masses of our people are on a Death March into the oven of social deterioration, broken homes, broken marriages, broken minds, broken spirit, evolving from a string of broken promises by government and leadership that has failed to help ou

This is the Resurrection of the Mentally Dead Black Man and Woman in North America and Throughout the World.

Our Assignment is more apparent to Satan than you may realize. We must understand that our assignment is a threat to his world and what he has plans for in his world. Don’t you ever think that Satan has selected only you to be destroyed he desires to destroy all whose obedience is creating special attention from God!  We must remember Job God asked Satan “Have you considered my servant Job

This top half is from a Brother Muslim who lives in America he is from Pakistan but he's is a American Citizen now and he wrote this blog on the People of Color Organize! So I will post his part and then respond to his statement! The title of his Blog is

"Why I am not Protesting at Occupy"

One morning about 9:30am, approximately seven to ten days after 9/11, I received a phone call on my mobile phone. I was a part time college student at the University of Massachusetts Boston and was having a slow

JOIN THE WALL OF SUPPORT:

STAND UP / STAND OUT
FOR
LEONARD PELTIER

Bolivar Park, 1849 C Street, NW
Across from the U.S. Dept. of the Interior

The Third White House Tribal Conference will be held at the U.S. Department of the Interior (DOI) in Washington, D.C. on December 2nd. Join us in Bolivar Park at 1849 C Street, NW, across the street from the DOI. From sunrise to sunset, we'll gather for a vigil and peaceful demonst

Cyntoia Brown was just 16 years old when she was picked up by a 43-year-old man who ended up dead by her hand. In 2006, she was convicted for murder – as an adult – and sentenced to life in prison.
Today Cyntoia’s story is being told across the nation through the film Me Facing Life: Cyntoia’s Story, a documentary for Independent Television Services (ITVS) by Daniel Birman. Lipscomb University’s HumanDocs Film Series and ITVS Community Cinema are partnering to bring the film to audiences free of
Read more…

Fannie Lou Hamer (pronounced hay-mer) was one of the unsung pillars of the civil rights movement in the U.S.  She was a phenomenal woman—a woman of great determination and great purpose.  She was not one to hold back her feelings, especially when fighting for equality.

In 1964 she was elected Vice-Chair of the Mississippi Freedom Democratic Party (MFDP).  Their stated purpose was to challenge Mississippi’s all-white delegation to the Democratic National Conventio