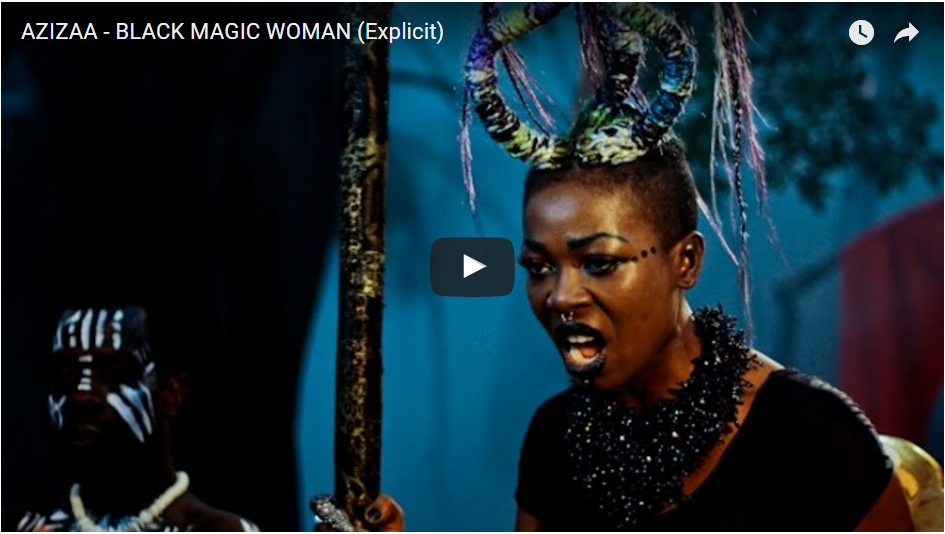 "How can anyone of African descent be worshiping the same tool used to uselessly murder their ancestors?"

According to a 2012 Gallup International survey about religiosity and atheism, Ghana is one of the most religious countries in the world. At first glance, there is some evidence for this: when you land in Accra, you’ll notice churches everywhere you go. If you look even closer, you’ll see Mormon missionaries on their bikes throughout the country.

But are Ghanaians very religious or are they a very spiritual people invaded by highly organized, predatory religious structures? A quick Google search will give you countless links to Methodist, Apostolic, Pentecostal, Latter Day Saints (Mormons), and many other churches, many of them based in America or funded by Americans. If you do a search for pastors in Ghana, every single result on the first page is a link to list of the richest pastors. Where that information comes from is not as clear as what it expresses: Christianity is big business in Ghana. Going to church means many things to many people, but one fundamental aspect of the majority of Sunday masses in Ghana is people with very little income giving away a substantial amount of their salary to their pastors.

What's also disturbing about churches and missionaries spreading their gospel in Ghana is that Christianity fundamentally rejects any other religious customs. For Ghanaians, that means any spiritual practices which preceded colonizers—spiritual practices that are often misunderstood and grouped into the animist and polytheist boxes. Given the big role that religion plays in Ghana, this rejection creates a cycle of self-hatred that arises from the conflict of adoring a foreign deity that demands the rejection of elements of local culture and tradition.

"They took away our spirituality and gave us religion; they banned us from gathering under a tree by the fireside and herded us into churches."—Wanlov

Music artist Azizaa and rapper/video director Wanlov the Kubolorrecently tackled this issue head-on with the video for Azizaa’s “Black Magic Woman” (watch it above). Growing up between Accra and New York, Azizaa is a rising voice in Ghana. She speaks and occasionally sings in her native Ewe tongue, and has managed to always stay in touch with her Ghanaian roots. Wanlov—who featured in the very first Lungu Lungu column—is one of the most vocal rappers on the continent, using humor and parody to bring up difficult issues, both in his solo work and as one half of Ghanaian rap duo FOKN Bois. In 2014, he co-directed the pidgin musical Coz ov Moni 2 and has continued to play a role behind the camera ever since, as he did for Azizaa's video. The FADER caught up with the pair to ask them about “Black Magic Woman” and their take on religion in Ghana.

The opening scene of the "Black Magic Woman" video shows two young Christians pressuring a young woman in the name of Christianity. Does this reflect pressures you observe or personally feel?

AZIZAA: Yes, these pastors are something else. I've seen and heard worse—this is just a lighthearted version of a cold, harsh, bitter reality. I've seen trotro preachers aiming their messages at me to repent because of my nose and lip rings, and the blue/green/purple hair. This is not just it—I think Christianity should be banned and made illegal in Ghana, and all of Africa. How can anyone of African descent be worshiping the same tool used to uselessly murder their ancestors?

WANLOV: There are many videos from Ghana circulating of church members caught in the very act they preach against. This is because their religion shames a natural act and when nature calls very few can resist.

Is "black magic" an expression used in Ghana? If so, what does it refer to?

AZIZAA: The term black magic is loosely used in Ghana just about as much as juju. Ghanians are very religious and somehow still manage to be very superstitious. I have yet to understand that. Every death in Ghana has a superstitious tale behind it .

WANLOV: Not verbatim...we call it agbala or juju. It refers to any spiritual practice which is not Muslim or Christian.

What are the implications of Azizaa being portrayed as a "black magic woman" in the video? How would you expect this to be interpreted in Ghana?

AZIZAA: For me, being interpreted as the "bad" person is never a problem because I know who I am and I am very comfortable with myself. In the video we bring light to a huge problem in Ghana, or Africa as a whole, one that many refuse to acknowledge. Many religious leaders are abusing the people in different ways and taking advantage due to vulnerability and desperation of the people. It's also a mental problem. Hoarding—to hold on to as much money as possible, in order to live like colonial masters.

WANLOV: The older closed-minded generation will not approve, but the seeking youth and the open-minded will love her.

"History has it that the colonial masters came with the Bible and the gun, gave the Bible to the Africans, as they pointed their guns at their heads. "—Azizaa

Is the strength of Christianity in Ghana left over from colonial times or is there more to it?

AZIZAA: History has it that the colonial masters came with the Bible and the gun, gave the Bible to the Africans, as they pointed their guns at their heads.

WANLOV: It is a perfect self-perpetuating system. They took away our spirituality and gave us religion; they banned us from gathering under a tree by the fireside and herded us into churches. Now we love going to church, because it is the only place we can have a weekend retreat from the mundane work week cycle also imposed on us by the colonials.

I have been told that most people in Ghana will not admit they practice or believe in juju, yet fear juju and resort to it when all else fails, in particular Christianity. What does that mean?

WANLOV: It means there is still hope for us. We have not completely been brainwashed. More and more pastors now have traditional deities they secretly consult. They do not fully believe in their religion, but are duping others to do so in order to have control over them to survive off them because the system is getting harder and harder to live in.

AZIZAA: In Ghana, most people believe in following the crowd just to stay alive, not to be scrutinized. There is stigma attached to vodou[voodoo], so Christianity is a very safe choice. But deep down, in their souls, hearts and minds, they can't fight or ignore the voice that tells them to go back to their roots, sankofa, it's the only thing that works. The Christian thing is just another way of slavery taking its toll and Ghanaians copying and pasting blindly. Ghanaians don't like blood, they prefer to poison instead of shooting or stabbing, so they would juju their enemy to keep themselves safe. Not many would know, it's not as loud as a gunshot, nor as messy as a knife wound.

What would be the outcome of a fight involving John Mahama, the current president of Ghana who has been highly criticized for his incompetence, TB Joshua, probably the richest pastor in Africa, and Mamiwata, the Goddess of water?