Hip-hop Jazz Percussionist & MC, The ZYG performs in Boston for the 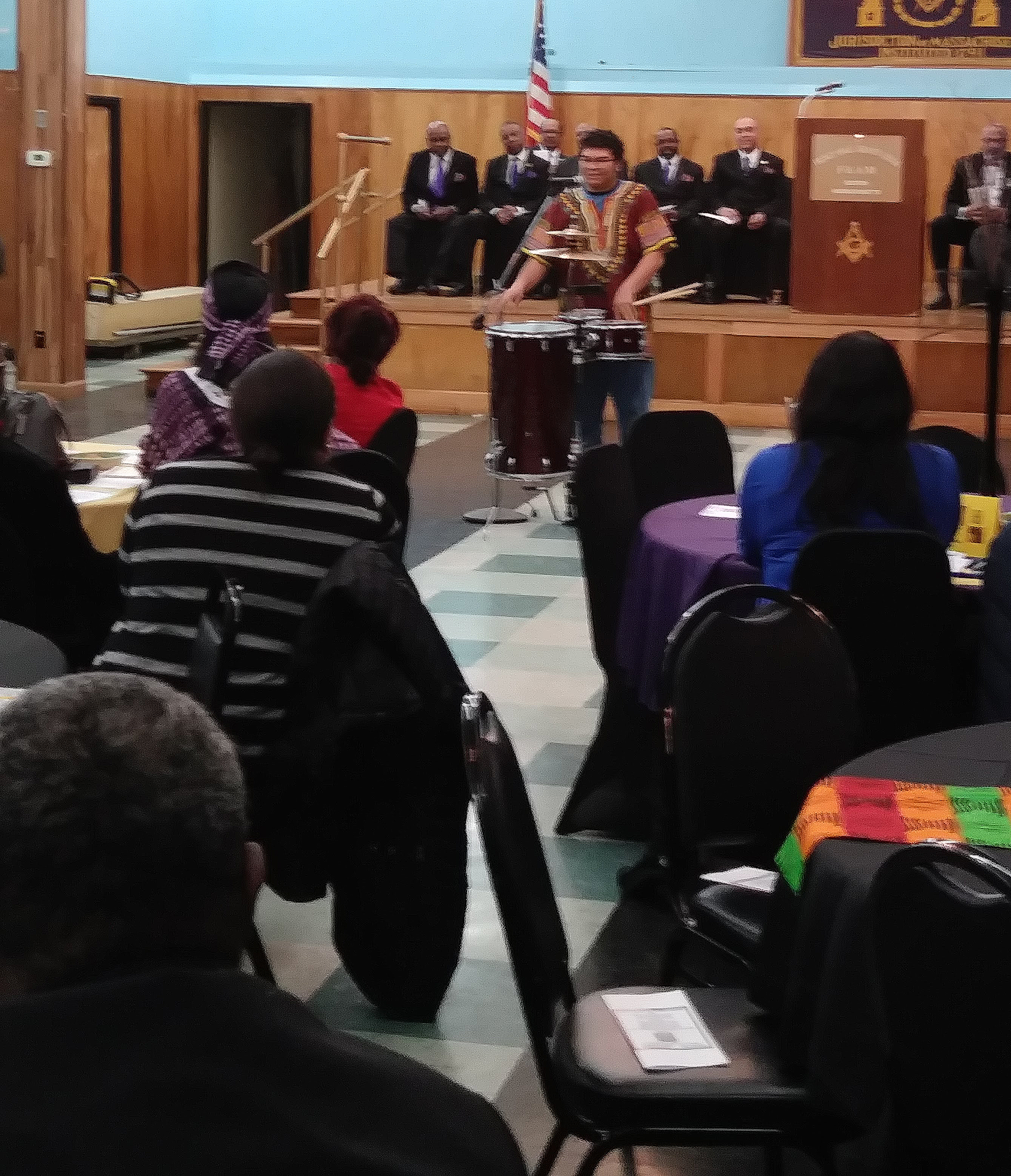 It was the talents of the upcoming generation was highlighted at the Annual Black History Month event, hosted by the Prince Hall Grand Lodge of Massachusetts. About 200 community people filled the William E. Reed Auditorium in Dorchester on Sunday, February 25, and were treated to dance performances by Area 51, Chance Dance Company, Four Star Dance Academy, and readings by the PHGC Youth Circle. As an introduction for the guest speaker, Dr. Karilyn Crockett and her excellent presentation, The ZYG and his drums were center stage.

Clad in a Dashiki and jeans, with his new locks uncovered, The ZYG gave a very brief talk about his cocktail drum set, explaining that it is based on Afro-Caribbean percussion mixed with trap drum elements and that he likes the kit because , "it sounds like the TR-808 that folks use in hip-hop." He went on to explain that what separates MCs from rappers is that MCs are a part of the oral tradition continuum that came from West Africa by way of the Caribbean known as the Griot tradition, which drew enthusiastic applause from the audience.

Rolling right into his song, the audience was mesmerized to see this young man play the drums and rap at the same time, but were also deeply moved by the content of his lyrics in the songs "Pioneers" and homage to the founders of hip-hop; and "Insanity (The Sequel)" the looks at American race relations from a youth's point-of-view.

As The ZYG is i the final stretch of his freshman year of high school and a busy gig schedule with The GroovaLottos, he is currently in the studio finishing his debut mixtape "The Intro" which will include the songs "Pioneers" and "Insanity (the Sequel". He is also make music videos for each of the songs. The project should come out in late Spring.