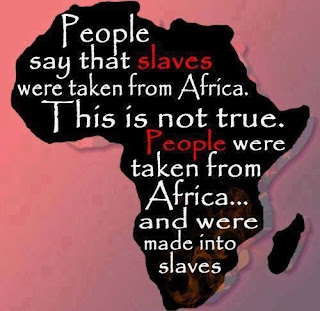 I remember thinking to myself, back in 1990; "I wonder what has happened to Black Folks as a result of Slavery?" It was like an epiphany, as I can actually remember where I was sitting when it occurred to me.
I had just entered the field of mental health having started off in Sociology. Somehow, life lead me to the field of Mental Health and particularly as a result of wanting to use Cultural Enrichment as a way for healing and benefiting Black folks who have so many odds stacked against them as it were.
I couldn't help but notice the parallels, from denial to over achievement to resilience to secrecy and a host of other conditions, outcomes and variables that plague our community as well as offer some real life stories of survival even in the most hostile of environments. We still managed to work, have families, raise our children, get an education, despite the trauma we received. 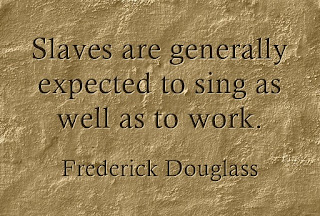 However, it seemed that talking about PTSD in the clinical sense was didactic, linear and devoid of inference beyond the obvious. That is, a person caught in a war zone, a person who experienced a car accident, physical/emotional abuse or the death of a loved one. We knew that it would affect them in so many ways and we often called in "Adjustment Disorder". Then we moved on to figure out strategies for healing and getting these "individuals" to a healthier mindset and that feeling of "safety" again.
As these thoughts swirled around in my mind and I began to seriously wonder if we may be suffering from trauma that was inflicted upon our foreparents and if in fact, the genetic memory has been imprinted on our DNA. It has been discovered that various events can be imprinted on our DNA so how about some shock?
I remember attending seminars where it was presented that our bodies remember our trauma long after the traumatic event had passed. Being a dreamer and one who interpreted dreams, I knew that our subconscious, or that place where dreams lie, would also bring up disturbing and/or traumatic events in various dream images.
It all began to make sense to me that surely, African people in the Americas, and perhaps the entire Diaspora; who were captured and imprisoned on slaved ships and brought to a foreign land, most certainly have suffered serious trauma along with transmitting that trauma to generations that followed. And as Dr. DeGruy Leary explains the trauma didn't stop after they were brought here, nor did it stop after they were released from chattel slavery, it continued, and continues to this day. Much of it is insidious and below the surface but it continues in the form of police brutality, poverty, poor educational systems, dilapidated neighborhoods, erroneous depiction of our youth in the media, etc., etc., etc. 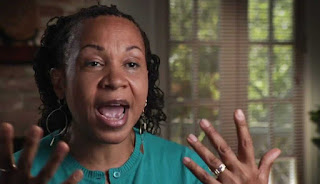 I always wanted to research it, or see what others have done in that line of research. I am so grateful to Dr. DeGruy Leary who has done the grunt work on this topic. I am sure it can be developed even beyond the book she wrote, and perhaps others will look into it. She also has a lot of courage to even broach this subject. In my ignorance it seemed to only make sense that the impact of our past would affect our future, but the cognitive dissonance will not allow many on both sides of the aisle to see it, accept it or do anything about it. So I must commend her bravery to even take the time, resources and brain work to put this thought together so eloquently.
She, along with Dr. Frances Kress-Welsing, in my estimation, have capture two of the most profound aspects of our history post Trans-Atlantic slave trade.  When you couple White Supremacy with Post Traumatic Slave Syndrome you can pretty much sum up the African experience in the Americas and throughout the Diaspora where racism is an integral part of the society where its impact can be seen in politics, education, religion, entertainment, historical analysis, health care, economics and the general welfare.
Below you will find a video playlist of some of Dr. DeGruy Leary's talks on Post Traumatic Slave Syndrome.