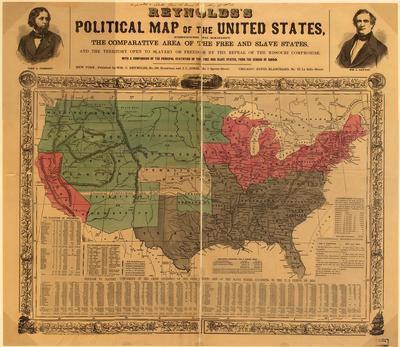 from BASIC READINGS IN U.S. DEMOCRACYNOTICE: Author is not affiliated with Freedom School. - www.freedom-school.com


--------------------------------------------------------------------------------Freedom School is not affiliated with the links on this page - unless otherwise stated.Freedom School information served for educational purposes only, no liability assumed for use.The information you obtain at this site is not, nor is it intended to be, legal advice.Freedom School does not consent to unlawful action. Freedom School advocates and encourages one and all to adhere to, support and defend all law which is particularly applicable.The noteworthy failure of the government or any alleged agency thereof to at any time rebut anything appearing on this website constitutes a legal admission of the fidelity and accuracy of the materials presented, which are offered in good faith and prepared as such by Freedom School and third parties affiliated or otherwise. If the government wants to assert that any of the religious and/or political statements that are not factual appearing on this website are in error, then they as the moving party have the burden of proof, and they must responsively meet that burden of proof under the Administrative Procedures Act 5 U.S.C. §556(d) and under the due process clauses found in the Fifth, Sixth, and Seventh Amendments to the national Constitution BEFORE there will be response to any summons, questions, or unsubstantiated and slanderous accusations. Attempts at calling presented claims "frivolous" without specifically rebutting the particular claim, orclaims, deemed "frivolous" will be in deed be "frivolous" and prima facie evidence that shall be used accordingly. Hey guys, if anything on this site is found to be in error a good faith effort will be made to correct it in timely fashion upon notification.-------------------------------------------------------------------------Presentation Copyright© 2007, 2009All Rights Reserved
FAIR USE NOTICE:
Fair Use Notice: This video contains some copyrighted material whose use has not been authorized by the copyright owners. We believe that this not-for-profit, educational use on the Web constitutes a fair use of the copyrighted material (as provided for in section 107 of the US Copyright Law. If you wish to use this copyrighted material for purposes that go beyond fair use, you must obtain permission from the copyright owner. Fair Use notwithstanding we will immediately comply with any copyright owner who wants their material removed or modified, wants us to link to their web site, or wants us to add their photo.Disclaimer: The owner and operators of this web site user page do not engage in illegal activities, nor do they know any individuals who do. This web site user page is intended to inform the public about the NEW WORLD ORDER, We value all opinions. In our time online, no rebuttal has been had.http://www.freedom-school.com/law/Dredd_Scott_case.htmwww.directblackaction.comhttp://www.freedom-school.comhttp://www.moneyonaccount.com
THE LAW IS NOT WHAT YOU THINK - Jordan Maxwell

IF YOU DON'T KNOW REAL HISTORY, YOU WILL BELIEVE ANYTHING!

The Law, by Frederic Bastiat