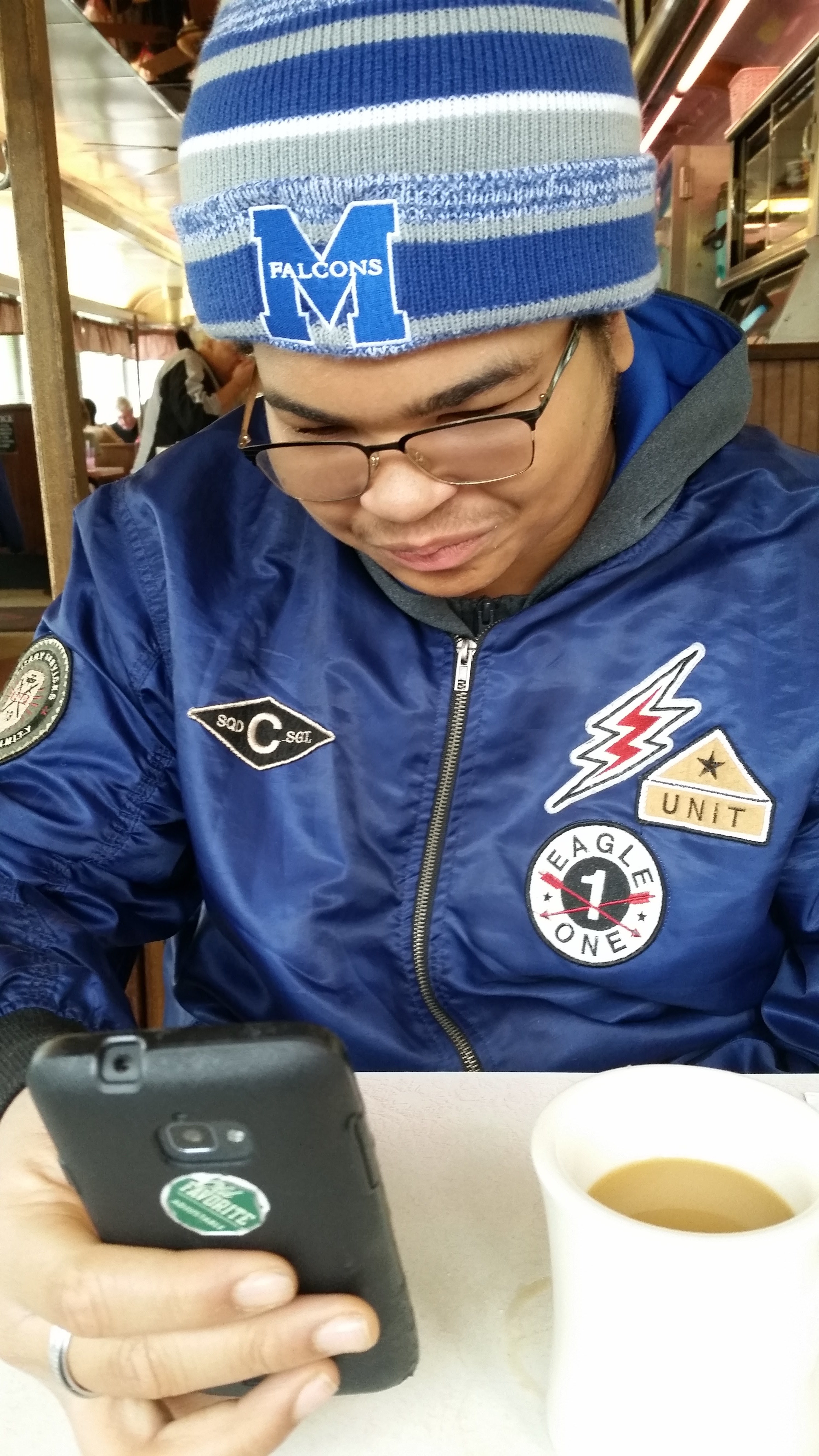 of raps place in the continuum of spoken-word and the oral tradition.

Before he picked up a microphone, legendary Hip-hop MC, Rakim Allah, was a tenor sax player. His sense of phrasing and flow as an MC was clearly shaped by his exposure to and participation in playing jazz. Likewise is true for the 14 year-old MC , The Z.Y.G., who holds Rakim on the mantle among his other influences in MCing.

"I'm not a rapper, I'm an MC," explains The Z.Y.G. from behind his drum set in the band room at Mashpee High School. "A rapper gets up on the mic, spits a few bars and leaves. An MC can actually host a party and interact with the crowd. That's what I'm trained to do." As the son of a performing artist, who's career spans music, theater and spoken-word, it is of little surprise that The ZYG has this understanding. "When I first wanted to MC seriously, I went to my father and he asked me, 'do you want to rap because you have something to say or because you want to look cool?' I had something to say."

Similar to the poets of the ages, who you would find huddled in corners or at tables over a notebook writing their ideas and inspirations down, you'll find The ZYG jotting down lyric ideas on his phone or tablet. Learning from the tragic mistakes of others, he also knows to cloud what he writes.

Co-founding the Soul Poet's Syndicate as a collective for MCs, spoken-word artists, and media producers, "the best MCs come out of crews and collectives because being around other MCs makes your work stronger. It's like a workshop." The ZYG sees the potential for hip-hop to be another branch of the poetry movements of the 20th century like the Harlem Renaissance, Beatniks, Black Arts Movement, Hip-hop and the more recent Urban Expressionists movement of the 1990s and early 200s of which his father was a figure.

Something with be dropping from this young man very soon. His debut album, "First Chapter" is slated for release in Fall of 2018.