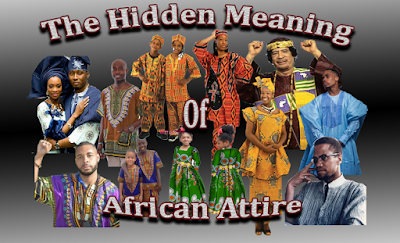 The Hidden Meanings Of African Attire

I am drawing this title from an article that I read that I wish to share with you. However, I want to make a few comments before I share the article with you.
One of the things that I find most interesting about how people talk about Africa is that they tend to think that Africa and its people are homogeneous.  While they may share many similarities, they are not exactly homogeneous.  In fact, there are many cultures and subcultures in Africa.  First off Africa is a continent made of many countries.  The African Union recognizes 54 countries.  These countries vary in so many ways that it is virtually impossible to put them all together in one description.  Many times people who take a cursory look at Africa tend to think they can apply what they learn about one region, country or community to the entire continent.  This approach leads many people in a direction that is incompatible with the true essence of Africa, Africans and their way of life.
https://youtu.be/cVh_l8PHZHU 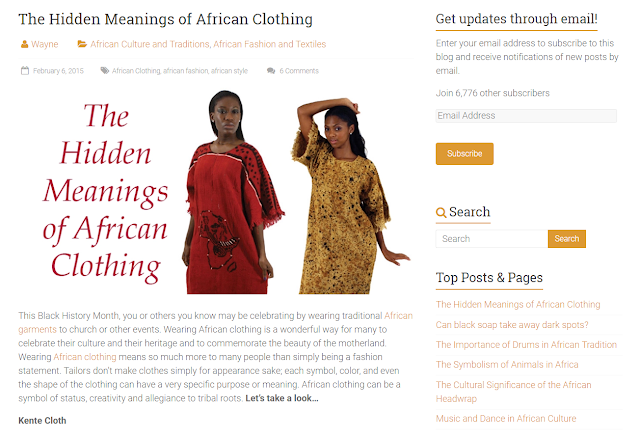 http://blog.africaimports.com/wordpress/2015/02/the-hidden-meanings-of-african-clothing/
"The Dashiki: The History of a Radical Garment"
Here it is important to note that the term "dashiki"  is a Yoruba word references to the garment worn by men.  The garment that is worn by women is called a Buba.  The man's garment is longer while the women's garment is shorter.  Cultural appropriation of this garment can be scene across the African landscape and the diaspora in a variety of patterns and fabrics with the Angelina print reaching its hayday in the 1960's and having a resurgence in the late first decade of the 21 century.  In fact, various African prints have been used to accentuate several fashion styles and modeling runways.  The customary styles found most prominently in Nigeria and Ghana have become forerunners as their acceptance as traditional African garments are most popular.
It was once noted to me from an indigenous African, that the garment and patterns themselves mean nothing compared to the individual who's wearing them.  That is, at certain festivals one may notice that everyone is wearing the same or similar print garments.  The individuals wearing these garments are empowered by their own essence and do not squabble about how another may be wearing the same print. The uniformity may have Westerners shying away from "looking like" or wearing something that is the same as another.  Vying for their own uniqueness, they often miss that it is the wearer and not the garment that is unique.
Also, the larger more flowing garment worn by men in Nigeria is called "Agbada" or if worn by women is called the "grand Buba" and the "Ntoma" or large wrapped garment is worn by both men and women in Ghana West Africa.  The shorter version of Dashiki in Ghana has been referred to as "batakari" but Ghanaians will also call the men's top a Dashiki. Additionally, the wrap cloth worn by women is called a "lapa" by many Ghanaians or in their language "atade" or small cloth.
Once you align yourself with the style it is also important to know the country from which it is herald.  Africans among themselves are quite aware of the distinctions between cultures and styles. They can identify one another based on what they are wearing.  However, within the confines of cultural appropriation and a bit of naiveté, a mixing of cultural styles of dress will be seen particular in popular modern fashions.
Moving on to the next article
"The Dashiki: The History of a Radical Garment" 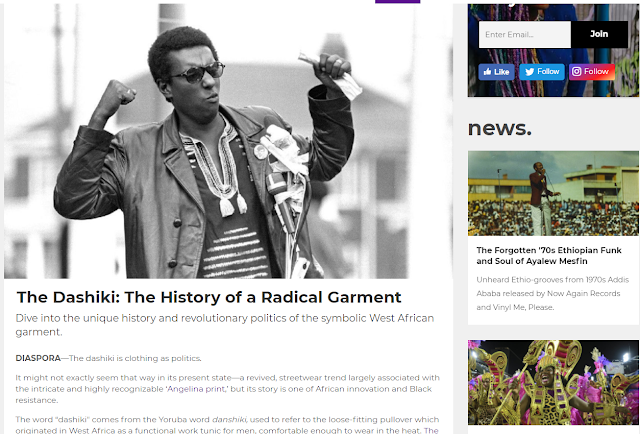