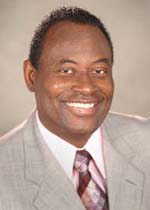 Even though not all black Americans refer to themselves as the pejorative n-word, an alarming proportion of the Black community uses and/or supports use of the term. For instance, ministers invoke the word from their pulpits, and the NAACP, with the wink of the eye, looks the other way when prominent blacks publicly embrace the word. Many black college professors support their students' use of the word. Minister Louis Farrakhan has glowingly utilized the word in some of his speeches. It's liberally promoted in mainstream media, such as in the music of rappers and television shows like The Boondocks. In grassroots black America, many are simply so consumed by the word, that they're unable to survive a 48-hour period without using the term.

In addition, proponents of the n-word offer a myriad of excuses as to why they self-internalize the word. Some of the "justifications" allude to the idea that black users of the word are taking the sting out of the term by using it, as well as they are changing the meaning of the idiom by using it endearingly and changing the suffix on the word from "er" to "a". So what does this all mean one may ask; to black Americans who refuse to succumb to the use and acceptance of the disparaging term, what is supposed to be the problem with the n-word?

To be candid, blacks who refrain from the use of the word are NOT in denial of a 300-year-African American Holocaust. Acknowledging the sinister history of the n-word is not giving power to the word as some claim. However, accepting use of the word does subliminally give it power; even though one doesn't realize it at the surface level, when one is referred to as a "n**ga", all of the memories of contempt, negativity and inferiority courses through one's veins and mental. Just think about it: For almost four centuries some very heinous and terrible atrocities occurred to Black Americans' beloved ancestors in the name of the n-word. It was a term of exclusion, verbal justification for inhumane acts, including slaughtering, butchering, brutal rapes, death and terrorizing.

To embrace and or accept n**ga as a term of endearment that individual is either in a continued state of denial or the word has subconsciously over-powered and brainwashed that individual into his/her "place". Either way, the progress and rejuvenation of the black community is stagnant, and the demise continues.

Each time we call one another n**ga or n**ger as terms of so-called endearment, the memories and spirits of the black forefathers are desecrated and dishonored. Duty is calling and the time is now for ALL blacks to bestow upon ancestors a better and more dignified place in the black race's collective memory than any individual money-hungry rapper, self-centered comedian, or blind revisionist has accorded them to date.

The history of the word n**ger cannot and should not be overlooked. The word is so stigmatized that to attempt to redefine it would suggest that an African-American Holocaust never took place. But the fact is the event did occur. Certainly words change and evolve, and though it can easily be argued that context can change words, the original purpose/intent of the word and its place in history cannot change.

The term acts as an unrelenting daily assault on the Black psyche designed to corrupt Black Americans' sense of racial unity and cohesion. It molds the character of self-hatred, engenders self-doubt, self-loathing, and distrust among the group, thus, pulverizing Black unity and halting Black upward mobility.

There is an 18th century mentality associated with the term: An old woman, an escape slave, in a conversation with a missionary was quoted as saying: "We are n**gers. We always was n**gers and we always shall be. We've got no souls. We's animals. We's black and so is the Evil One."

The Bible doesn't say the devil is black, protested the missionary. "Well," the old woman said, "white folks say so and we's bound to believe them, cause we's nothing but animals and n**gers. Yes, we's n**gers! N**gers! N**gers!"

This 18th century mentality is alive and well throughout the 21st century black community. To be succinct, the true and ONLY reason blacks refer to themselves as the n-word is because white folks said to do so...where else did the programming, conditioning and the word n**ger originate?

The word n**ger is as much a part of American history as slavery, the Civil War, and the Boston Tea Party, and it would be naivety to assume that it can be made to disappear. It is just as naïve to assume that the term's satanical history is some sort of illusion, however, the word can be made to vanish, banned, abolished from the speech of all Black Americans as it should be. Thinking like helpless and hopeless victims, users of the word see a task such as eradicating the use of the word from their vocabulary as impossible. Such an attitude is unlike that of the 60s when the indomitable spirit of Black America rejected the terms of Negro and Colored choosing instead to adopt the terms of Black and African American.

They chose to define themselves as opposed to being defined. Just as that spirit of determination and striving toward self-respect and progress reigned throughout the ‘60's, blacks of today can infuse that same spirit into defining themselves in a positive light rather than being defined by some past idea of inferiority. It is time to leave all remnants of the past in the past, and move forward with a clear head and [self-definition] founded on personal integrity, cultural and individual respect.

H. Lewis Smith is the founder and president of UVCC, the United Voices for a Common Cause, Inc. www.theunitedvoices.com, a writer for the New England Informer Online; and author of "Bury that Sucka: A Scandalous Love Affair with the N-Word". Follow H. Lewis Smith on Twitter: www.twitter.com/thescoop1