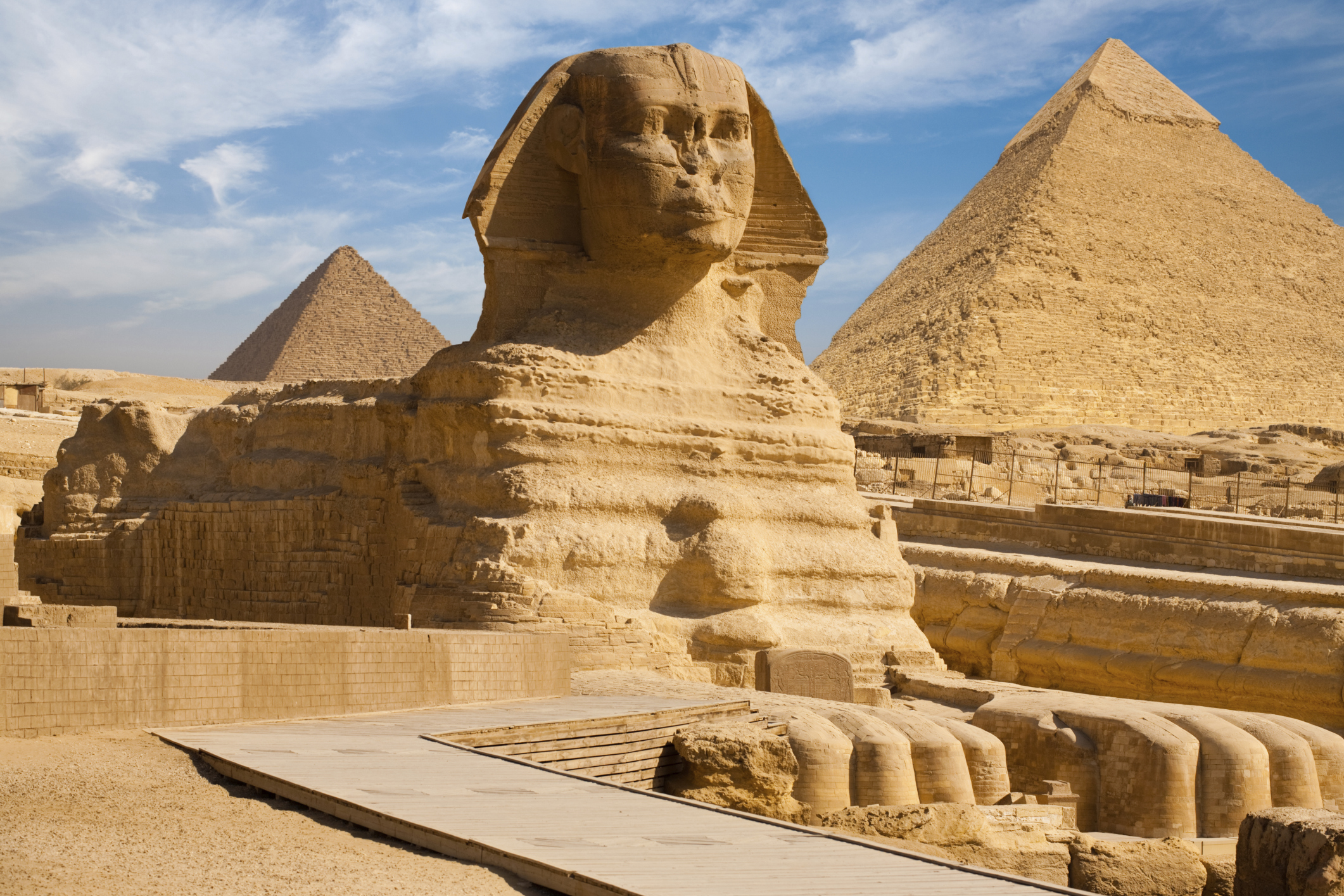 "When we talk about the so-called diagnosing of our people, it involves an analysis not only of the behavior of our people, but of the behavior of the society as a whole; and we must recognize this fact and face up to it as a people. Diagnosis then is not merely procedural or neutral. As we have said, it is political to the core. It is a political act. Through diagnosis, the ruling society applies its ideological measures to the recalcitrant members of that society. It maintains through diagnosis the status quo and most of all, through diagnosis, the society-where that society is unjust- justifies its repressions. Thus then when an individual is labeled in an unjust and unequal society, and is labeled by the very people who maintain its injustice and inequality, then the very diagnosis process itself, and the very labels attached to the victims of that society are the very means by which repression is carried out in that system. Consequently, those of us who are in the so called helping professions and in the business of diagnosing other people's behavior, must recognize the degree to which we are a part of the repressive mechanism of that system." Amos Wilson sThe Falsification of Afrikan Consciousness Eurocentric History, Psychiatry and the Politics of White Supremacy pages 87-88

When our immediate ancestors were kidnapped, captured, dragged by Arabs and Europeans to Arabia, Yemen, Asia, the Caribbean, North, Central and South America they depopulated Africa by at least fifty million. The Arab slave trade lasted over fourteen hundred years! The European Trans-Atlantic Slave Trade lasted over four centuries. During this time of deportation and depopulation, Africans were subjected to unfathomable atrocities, horrors and desecration (the process of teaching us to ignore and negate our divinity and sacredness). Beatings, rape, mutilation, castration, branding, starvation were just some of the physical atrocities our ancestors suffered at the hands of Arabs and Europeans.  Many did not survive the ordeals of the kidnapping and transportation process. But just as debilitating and damaging were the psychological abuses we suffered and still suffer to this day perpetrated by our Arab and European enemies.

Our tormentors denigrated us and disparaged our beautiful dark skin while raping and brutalizing our women and children, they terrorized our people to instill fear in us to make us submit to their depravity and bestiality. Our people who survived lives' were ruined by the unceasing abuse, negative programming and endless trauma. In the minds of demented Europeans any African who resisted or tried to run away was considered "crazy", the whites said there was something wrong with us ofr wanting to be free!

During slavery in the US Samuel A Cartwright (1793- 1863) a physician wrote a book entitled Diseases and Peculiarities of the Negro Race. Cartwright actually invented a "disease" he called Drapetomania that he said applied to Blacks who ran away or resisted the whites' attempts to impose a sub-human status on us. While Cartwright found sympathy and support from Southern planters and the defenders of slavery he was derided by some for his quackery.

This type of pseudoscience still exits and is used to defame, denigrate and dehumanize African people every chance they get! Europeans and Arabs denigrated us to justify their lust, savagery and rapine. When we resisted and we always did, this made them angry and they had to create a reason to justify their xenophobia, to rationalize their depravity, violence, brutality and their inhumane treatment of "the other". So just as Samuel Cartwright invented Drapetomania to describe Africans who ran away from their white "owners", modern science and psychiatry come up with conditions and diseases to describe our maladaptive responses or outright resistance to European domination and hegemony.

In the Arab and European warped mind, African people are seen alternatively as beasts of burden, exotic, hip or crazy criminals.  But they also use their pseudoscience to justify their eugenics, sterilization and genocidal programs.  We must realize this is their perception, their bogus pseudoscience and it's their problem not ours!

One of the most damaging and traumatic experiences in our sojourn amongst these brutes is we never knew how they were going to act, what trifling incident would set them off so we were always leery, anxious and unsure around them, even to this day. White folks prefer us to be "non-threatening", meaning our presence around them doesn't conjure up their deep seated fears and anxiety because they think we will get back at them for all the evil they perpetuate on non-whites around the world. They are also afraid we will see through their compensatory facade of superiority and arrogance and discern they are really insecure and frightened of just about everything. (This is why it is so easy for the ruling elites to scare them about "terrorism" and crime etc.)

A few weeks ago I wrote about epigenetic inheritance. I mentioned the idea that experiences, emotions and vivid trauma can be passed down from generation to generation outside the DNA is not a new concept, that our African ancestors recognized this eons ago. I suggested you read Dr. Kimbwandende Kia Bunseki Fu-Kau's books on traditional African Cosmology and Self- Healing to get an glimpse of the deep insight Africans had into the life process, healing and wellbeing.  Dr. Fu-Kiau called the process of transmitting energy, skills, talents and health from generation to generation the genetic rope.

Epigenetic inheritance or the genetic rope can bring discord, disease and ill health into subsequent generations. In his book  Self-Healing Power and Therapy, Old Teachings from Africa Dr Fu-Kiau points out the importance of a community sanctioned marriage partnership, where every effort is made to ensure the couple comes from good parentage, one of high morals and ethics, good health and the whole community blesses the union. He also states the importance of a serene, calm and healthy environment during the prenatal period. "A well constituted seed from a strong healthy and beautiful tree will germinate with energy. It will grow strong, healthy and become productive. Human beings are seeds too. We are mu me'nga (biogenetically) the seeded fruits of our parents, and great-great-great grandparents. This is what the Kongo call N'singa dikanda, "the biogenetic rope of the community of the dead" with whom we are related by blood." Self-healing Power and Therapy Old Teachings From Africa page 27

Living in a Western socio-economic-political system while offering material creature comforts, at the same time is stultifying, it is discordant, it throws us off of our natural rhythms and like vampires drains us of our energy. The more we attempt to be like Europeans the farther we get from our African moorings, our natural selves and our indigenous cultural frequencies.

This process is literally making us ill and killing us. We are becoming more materialistic, more prone to disease, our social networks are becoming superficial, they do not provide the psychological and emotional support and nurturing we need to live full and healthy lives. As a consequence we are exhibiting and experiencing more maladaptive symptoms, more dis-ease, more illness, increasing social dysfunction and alienation.

The key to reversing the negative epigenetic inheritance is to do what our African ancestors called Sankofa, which literally means "go back and fetch it". Go back and learn from the past to build on the future. Going back to fetch, internalize and live African values is the key to our transformation and redemption. However, I must warn you it means rejecting much of what the West holds near and dear such as: selfishness, greed, individualism, materialism, the exploitative dog eat dog social relationships, everything we see on the so called "reality shows" and in their "entertainment industry".

Part of our transformation is regaining a respect and love for nature, a healthy awe of the natural space all around us. We have to begin to really appreciate true spirituality, the unseen energies, freqeuncies and forces around us and know that we are all linked to and created by ONE SOURCE. We have to relearn how to hear the song of the universe and resonate to the earth's natural rhythm, learn what it means to live in harmony with oneself, others and nature.

We have been trained and brainwashed to believe progress is the ideal goal that the natural order is antiquated and needs to be replaced. Wake up, the West's desire to usurp, pervert and supplant nature will be the death of us! Remember what happened to Frankenstein!

Our only salvation is to reclaim our African mind, to reconnect with nature and get in touch with the animating life force within each of us and all creation. Our adversaries may call us crazy or invent some new word to define our non-conformity and reawakening, so what? We will be doing what is best for us, we will be saving ourselves and the planet.