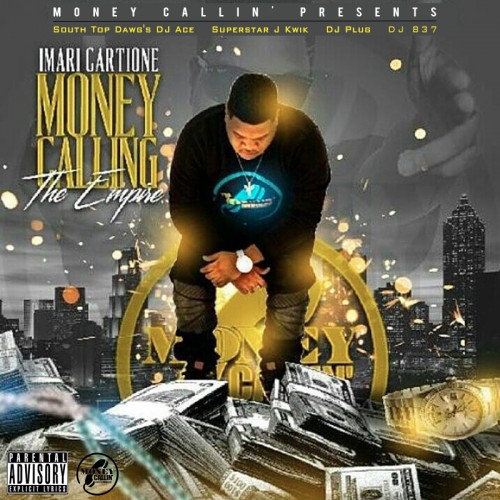 With a flow colder than Georgia's winter, the Clayton County native Imari Price introduced himself to the music industry in 2010, as Imari Cartione with his first project, Money Callin’ Volume 1: no wonder that he would take the streets by storm with collaborating with Rich Homie Quan, & J Money .

After releasing his debut project Imari Cartione now has access to the spotlight he needed. Cartione quickly learned the spotlight has its downfalls, one of his singles, Shawty Hold Me Down, was stolen by Young Dro and Baby Boy. Fortunately, unlike many  he not only had his music together but his business as well. Just as quickly as his music was hijacked his legal team was able to have it returned. With a stolen song scandal and his first single from the project, I Know, running through the streets of the south and finally landing on the airwaves, it was no surprise Imari Cartione was gearing up to release his second project.

He is already gaining a lot of attention after releasing his first single, Fung Shui, produce by DJ Plugg, which has its own dance called Fung Shui steppin.’ Imari Cartione is currently booking shows and interviews throughout the south. Make sure you follow the movement and keep up @ImariCartione on all social media sites. For those interested in booking Imari Cartione contact 4waydamob@gmail.com

Catch the video the "We Up" off the 'Money Callin The Empire' mixtape below.