Conspiracy Theories are NOT Theories After all?

Published on Jul 19, 2012
http://www.JoshTolley.com
Investigator, Doug Hagmann (from Hagmann and Hagmann) exposes that the
top conspiracy theories are not theories after all! The Middle East,
Government watch list, Money Manipulation, Privacy, TSA, and even the
conspiracy that the government in Washington D.C. isn't actually our
government.!
http://www.homelandsecurityus.com/

I find it interesting how like this one and many other so-called patriotic programs seem to overlook the very essence of why this stuff is happening now. They mention the founding Fathers and their intent over and over again, but these so-called Founding Fathers DID NOT intend for their "document" to include blacks, native Americans or women..... it was a document created for White Anglo-Saxon aristocracy.

They also forget to mention the atrocity of the Slave Trade and the Institution of Slavery, Racism
and White Supremacy that sustained it for 300+ years. To me they miss the ELEPHANT in the room by overlooking these simple facts of history.


A nation built on the backs, blood, sweat and tears of an annihilated enslaved people can not stand for long. The European was given the false notion that he was superior to his "Slave" and therefore it was hardly a thing to mention the "rights' of these enslaved people. The indigenous people were considered savages, therefore, no mention of them or their rights. The Constitution/Bill of Rights is an exclusive document written specifically for those intended not for the so-called "We the People". Until this is identified, the now "We the People" will continue to grope in the dark for an answer as to why their "Freedoms" are being taken away.


Instead take a hard long look at how these "Freedoms" were taken away by force from the Indigenous People and the African people who were captured and brought thousands of miles from their homeland.
These atrocities were perpetrated by the Forefathers of those who now complain about their "Freedoms" being taken away.

How long could such a house of cards last? Once this is faced with an open and serious eye, folks will continue to complain about how their "rights" are being taken away. Now, the descendants of the perpetrators of colonialism, death and destruction here in North & South America are seeing what it feels like to be discriminated against because of the way they think, act, believe or social status.
These Patriots need to take a long hard look at what their Forefathers and Founding Fathers did and
continue to do; to Indigenous and African peoples over the past 500+ years and then they will see why, as Malcolm X once said, "The chickens come home to roost."

I often wonder if when these Patriots spout out their patriotic dribble, do they have the same tunnel vision as their Forefathers? Are they willing to address the discrimination, oppression, racism and white supremacy that has spearheaded this train wreck? Are they brave enough, willing enough, capable enough to speak truth to power and admit that they are in the same hell their Forefathers perpetrated on other human beings? Can they honestly write an narrative that demonstrates how the present day Patriot got himself/herself in this cycle of oppression? Without looking at the root cause of the destruction of America/Western Society.. they will continue to bark at the Moon about the rights they are denied while ignoring how these same rights were denied others. 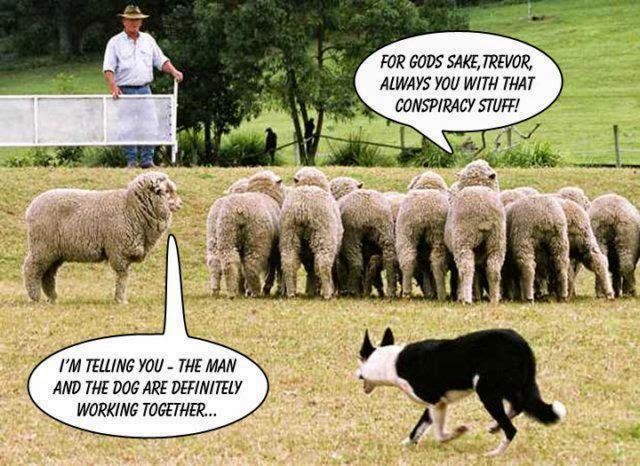