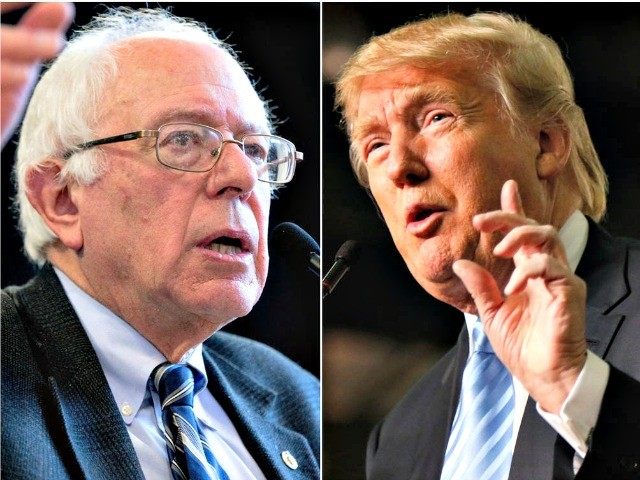 Classism, The Roots of Trump and Sanders Popularity

"Classism is the systemic assignment of characteristics of worth and ability based on social class. It includes individual attitudes and behaviors; systems of polices and practices set up to benefit the upper classes at the expense of the lower classes, resulting in drastic income and wealth inequality; and the rationale and the culture that perpetuates these systems and unequal valuing. Classism is differential treatment based on social class or perceived social class. Classism s the systemic oppression of subordinated groups (people without endowed or acquired economic power, social influence or privilege) by the dominant groups (those who have access to control of the necessary resources by which other people make their living). Classism is the systemic oppression of subordinated class groups to advantage and strengthen the dominant class groups. Classism is held in place by a system of beliefs and cultural attitudes that ranks people according to economic status, family lineage, job status, level of education and so on. " Economic Apartheid in America by Chuck Collins and Felice Yeskel The New Press Revised and Updated Edition page 143

The ruling class and their minions in the media, government and social control apparatus are extremely distressed and apoplectic about the rise of Donald Trump and Bernie Sanders on the political scene. These two are exposing the endemic graft, corruption and inequality in the American system despite the 1%'s best efforts to mock and marginalize them, discount them and use dirty tricks to get them out of their respective races for their party's nomination. Thus far they have not been able to dissuade the rabble (that's what they call common folks) from joining the growing resistance against the status quo. Now the ruling oligarchs are getting really desperate, they sense a genuine uneasiness and angst amongst the masses and they fear they will not be able to keep us in check much longer. The last thing the blue bloods want is a return to the 1960's and 70's style of wholesale opposition and resistance against the system. They will do anything in their power using their vast resources to derail or co-opt any grass roots opposition to the political duopoly of the Democrat and Republican con game.

In the past anyone who dared to openly speak about class warfare was demonized and eventually eliminated. Remember how Obama bum rushed the Occupy Wall Street movement all over the country in 2012? North Carolina Senator John Edwards was run out of the 2008 presidential race because he was talking about income inequality and classism. The ruling class used their corporate media to expose his extramarital affair to turn public opinion against him. They did the same thing to Elliot Spitzer the former New York Governor when he started talking about the Wall Street shenanigans and going after the big wigs. They used the fact he was frequenting a high class brothel to turn public opinion against him and force him to resign.

Going back further the ruling class murdered Robert Kennedy and had former Alabama Governor George Wallace shot to get them out of the 1968 presidential race because they were challenging the establishment's agenda. Earlier they murdered Martin Luther King Jr. because he was talking about income and wealth inequality defying the system, calling for an end to the war in Southeast Asia, radical changes at home and income redistribution! The ruling class in America is psychopathic, ruthless, and cold blooded. They think nothing of assassinating people to maintain the status quo and keep their power and control in check

Now the Democratic Party shot callers are rigging the primary elections using party rules about "super delegates" who are not bound by the will and vote of the people to steal votes from Bernie Sanders just like the Republicans did to Ron Paul in 2012. The Republican Party a white bread political party known for its exclusion, snobbishness and racism has the audacity to vilify Donald Trump and call him xenophobic and racist. That's like the kettle calling the pot black!

The Republicans are desperate to stop Donald Trump who they regard as an outsider even though he is part of the 1% crowd.  Trump uses his own money so he is neutralizing their rules, he can't be bribed or bought off, his life is an open book so they can't white-mail him with anything. The ruling class is so desperate, they have enlisted their good ol boy buddy George Soros to manipulate MoveOn.org, Black Lives Matter two of the  organizations he directly funds and some other dissidents he pays to disrupt Trump's campaign rallies so the media can blame Trump for the ruckus!

For added measure they are now sending threatening letters to his sister who is a Federal appellate judge and his daughter. That is some low life stuff. It's not like the oligarchs don't know the people are pissed off, the approval ratings of the US Congress are at historical lows almost single digits!

Last month a poll of potential voters showed only 11% think the Congress has not sold hem out.  "Positive reviews of Congress just barely crack double-digits this month, while voters continue to believe that most representatives - including their own - are selling their votes. A new Rasmussen Reports national telephone survey finds that just 11% of Likely U.S. Voters think Congress is doing a good or excellent job. That’s up slightly from nine percent (9%) in the previous two surveys which was the lowest positive rating since the start of the new Republican-led Congress in January of last year. Sixty percent (60%) say Congress is doing a poor job, showing little change from the previous survey and generally in line with findings over the past year." http://www.rasmussenreports.com/public_content/politics/mood_of_america/congressional_performance

The rabble is waking up to the distain and contempt the super rich and their governmental flunkies hold for us. The Sanders and Trump candidacies are feeding on the angst and anger of the people. Sanders is capitalizing on the idealism of young people, mostly college students who don't trust they system, who find themselves in humongous debt, unable to find good jobs and many are living at home with their parents because they can't afford to venture out on their own.

On the other hand Donald Trump is resonating with older voters who feel betrayed by the system, especially whites who see their incomes going down, their standard of living in decline and their sense of national pride fading. Trump uses simple slogans and nationalistic rhetoric to boost hope in a morally rotten socio-economic-political system. The question is will the Republic Party big wigs even allow him to be the nominee? They are back room dealing, sharpening their knives doing everything in their power to demonize him and derail his campaign; but nothing seems to be working!

Both Sanders and Trump are pointing fingers at the system, at the status quo and are calling for the very thing the ruling elites fear most, real change. We've heard this before and I suspect we'll experience the same results in 2016. Barack Obama's presidential campaign team won PR/Advertising awards for the way their slogans swayed the masses. "The campaign that drove Barack Obama to victory in the US presidential election has claimed two top awards at the Cannes Lions International Advertising Awards. The campaign, submitted by Obama for America, has been hailed as a masterful combination of new media, door-to-door and community grass roots campaigning with a clever tactical use of traditional TV advertising. The campaign won two grands prix in the Titanium and Integrated Lions categories. To win the Titanium grand prix, a campaign must involve a breakthrough idea that is 'provocative, challenges assumptions and points to a new direction'". http://www.theguardian.com/media/2009/jun/29/barack-obama-cannes-lions. It was classic mind entrainment and we fell for it hook line and sinker.

It's unlikely this election will bring substantive change even if Trump or Sanders were to win any more than electing Barack Obama changed things for Black folks (it hasn't see http://blackagendareport.com/content/expansion-black-american-misery-under-barack-obama%E2%80%99s-watch). Presidential elections won't work because we are in an all out, full fledged class war in this country and the 1% control the whole process. They always have since the founding of this nation. But they keep the delusion that this is a democracy that every vote counts going.

The wolves don't want the sheep to know we are the main menu, or at least we are getting constantly sheared by them and their system. In 2016 America it goes beyond color and race, it's us the 99% vs the 1% crowd. The only way a small group of plutocrats can maintain their death grip on the world's resources and people is to keep the rest of us divided distracted, discombobulated and dumbed down. But now many see beyond the veil and they crave real change.

There are some who are enthusiastic about Sanders and Trumps' candidacy while others are prepping for a revolution, buying guns and ammunition. Black folks seem to be the only group not strategizing, organizing, making plans or doing anything except foolishly looking to Hillary Clinton the Queen of political opportunism, a virulent warmonger ("We came we saw he died." referring to Muamar Gaddafi) and racist in the vain hope she will help us. Probably won't happen. The Clintons sold white folks out so why would we think she'll help us?!

If Sanders or Trump are derailed by the ruling class will there be open hostilities, riots or "revolution"? What will the ruling class do to assuage the masses after Sanders and Trump exposed the corruption in the system? Time will tell.