WHAT MUST WE DO ABOUT THIS LINGERING REPARATION SITUATION?

Great daughter of Africa   There is a great saying by my late father that I often quote to my friends about my family-" IT IS A TIGER THAT GIVES BIRTH TO A TIGER" . You are the true daughter of your father - a great Pan Africanist . Your Uncle was one of the great historical Pan Africanists - George  Padmore .Your work is a reflection  of your pedigree . You come from a breed of African freedom fighters and liberators who love our race. You are a great pride to our race and Africa. What you… 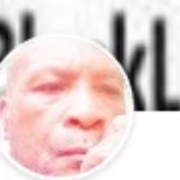 Two years after its provocative and acclaimed pan-Africa tourism campaign "Go Back To Africa," travel brand Black & Abroad has launched a powerful, data-driven domestic travel platform: "The Black Elevation Map". Residing at BlackElevationMap.com, the platform takes cultural data, including Black population data, historical markers, Black-owned businesses and social media activity, and visualizes it as points of interest on a dynamic, searchable elevation map of the United States. The greater… 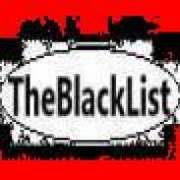 Foundational Black Americans, #SecureTheTribe, Twitter, Immigrants. By Sophia Nwachukwu  A 12-hour-long Twitter space brought the black community to a standstill yesterday when the topic was raised, “How Does Immigration Benefit Black Americans?” This space was hosted by Mel, and co-hosted by a certain Tariq Nasheed, who’s popularly known for his hit single, “Wash Yo Ass”. Tariq Nasheed, however, was the main speaker on this space and he had a lot to get off his chest. So much that he has…

of 3 Next
This reply was deleted.
Tweet to @theblacklist

State Reports on the State of Africans around the world.