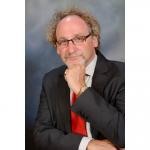 By Richard Brody  | You can't have it both - ways, nor should you be allowed to! Isn't it amazing, that so many of the people, who want to restrict other people's freedoms, when it opposes their perspective/ point - of - view, such as, regarding Women's Rights, or opposing protests, etc, use this rhetoric, to justify, their insistence, on prematurely, opening up this nation, which has been closed, for public health reasons? When so many have been inflicted, and tens of thousands in this country, as well as nearly, a hundred - thousand, around - the - world, have died, how dare, anyone, put their short - term inconveniences, ahead of the greater good! Partially, due to the conflicting messages, from this President, they have, used his rhetoric, to liberate, as justification, for their behavior, even if it puts, many others, at - risk! Why is it, so many of the most vocal supporters of Donald Trump, display hate symbols (such as the Confederate Flag, and, Swastikas). while protesting? And, when Trump, refers to these people, in flowery, glowing terms, it should concern us, because, there is no such thing, as a wonderful Nazi, etc! With that in mind, this article will attempt to, briefly, consider, examine, review, and discuss, 5 key principles, which may be, at - risk.

1. Endangering self, and others: Suicide is illegal, and so, endangering your own well - being, and potential health, should be, also! However, even if one, wishes to defend the principle, when it comes to controlling our own lives, no one has the right to endanger the health, and well - being, of others! Since public health experts, almost unanimously, state, the best way, to reduce the escalation of this pandemic, is Social Distancing, in order to Flatten the Curve, when one puts anyone else's health, at - risk, it is morally, ethically, and should be, criminally, wrong!

2. Who do they want to sacrifice?: What's wrong with the people, who state, sacrificing the life of others, is acceptable, if 2% of the so - called, weakest, are placed, at - risk? Are they willing to sacrifice themselves, their parents, children, etc, for the greater good? How hypocritical, when many of these people, so vehemently, oppose, a Woman's Right to Choose?

3. Short - term populism, instead of bigger - picture: Everyone, regardless of their politics, wants to see the economy reopened, and some normalcy, return to the our every day lives! However, even, business leaders, have informed Trump, it does not good, to open the economy, if people are afraid to go out! This rhetoric, and populism, is not the sane approach!

4. Social distancing, and masks worn: The new, normal, will, most - likely, be somewhat different, that what we considered it, in the past! Many believe, we will continue to need to comply with Social Distancing, for the foreseeable future, and wearing masks, at some times, might be indicated! How might that impact, occupancy permitted, in stores, and restaurants, etc?

Stop selectively proclaiming, your personal freedom, is being sacrificed, when it comes to matters, of public health, and safety! If we reopen America, the wrong way, society will be, at great risk!

Richard has owned businesses, been a COO, CEO, Director of Development, consultant, professionally run events, consulted to thousands, conducted personal development seminars, and worked on political campaigns, for 4 decades. Rich has written three books and thousands of articles. Website: http://plan2lead.net and LIKE the Facebook page for common sense: http://facebook.com/commonsense4all