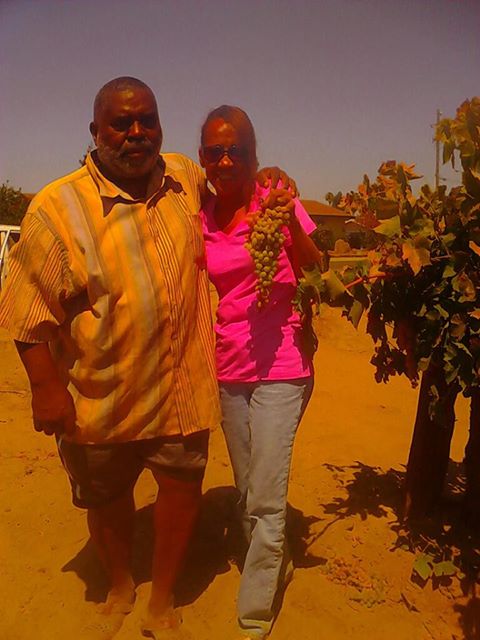 The wedding itself consists of 1.) an Imaam (one who conducts the wedding) 2.) A Walee for the Bride(one who safeguards the women's rights at the time of the wedding, preferably her father, brother, uncle etc. one who gives her away at the wedding,   but if they are not Muslim than the Imaam will be sufffice and 3.) at least (2) two witnesses......at the time of the wedding, a Mahr/Dowry(wedding gift) is giving.....whatever the bride and groom agree upon that will suffice(be it knowledge, a ring, some oil, or whatever) as long as she agrees then that will suffice.......   this ceremony can be done in person, in the visiting room, over the phone etc....as long as AFTER the wedding it is announced to the masses, the Wedding is Valid.
Also after the wedding it is Sunnah to give a dinner..this is called and Waleema,,,,,it can consist of a Lamb, or even some rice, dates etc whatever can be afforded......No blood test is needed in Islaam, for all that is needed is the witnesses and the witness of Allaah to the wedding......this wedding will be binding and valid in the site of Allaah, and should be held as such...Marriage is serious in Islaam, thus there is no  room to play wit it................Insha'Allaah this will suffice you in the process of gettin' married in Islaam......there is of course much more but insha'Allaah this will suffice for  now.....if you have any questions feel free to ask or Email..........May Allaah bless you both in this journey, and may he blesss you with
Salaamu Alaykum,
your bro. in this Deen.......Abdul-Walee Al-Fresnauwy
(559)779-4647
Kymrobinson47@yahoo.com