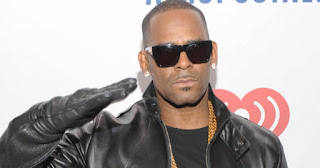 Now that R. Kelly may be under investigation again, will there be more victims who come forward with allegations they they star had sex with them at the time they were under age? I have a strong feeling more will come forward.

Even I who live in Ohio have heard of the parties that goes down in Chicago at R. Kelly's mansion. Although R. Kelly is under investigation in Georgia,  the singer is not being investigated in Chicago, another place he's faced numerous abuse allegations.

At press conference on Tuesday (Jan. 8), State Attorney Kim Foxx asked R. Kelly victims to come forward and contact her office. She said that the allegations raised in the docuseries were “deeply disturbing.” "I was sickened as a mother, I was sickened as a prosecutor.”

Foxx said that her office have already been talking to two families of alleged victims that had been in contact with the R&B singer within the last few years. Both victims are over the age of 18, she added.

Apparently, Georgia authorities have been contacting some of R. Kelly's alleged victims from the docuseries, including Asante McGee. If you recall, she reportedly escaped from Kelly's Georgia home where she lived as a member of an alleged cult.

Could This Be The End Of R. Kelly Career?