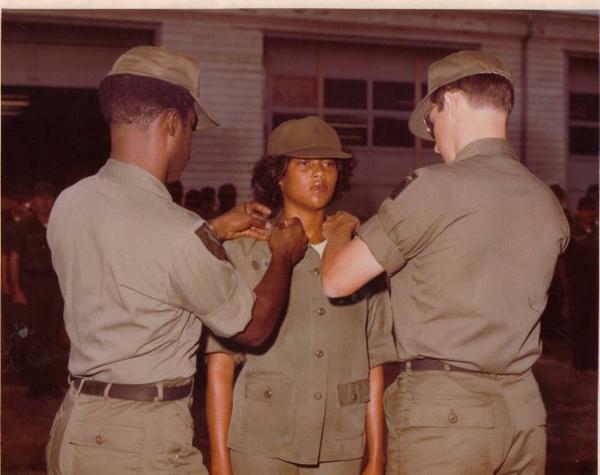 The Military Dirty Little Secrets:
My Tour of Duty
Nov. 10, 2017.
by CathyHarrisInternational.com
​​​​​​​ I don't really know what the title of my military book will be. So far it's "The Military Dirty Little Secrets: My Tour of Duty," the same as the title of this e-newsletter so the following will be excerpts from the book.
As the author of 24 non-fiction books, it will definitely be a book about pain, and that's why it's been extremely hard to finish, because who in their right mind want to be in pain.
The military did two things for most soldiers back in the day and even today -- it either BROKE THEM or MADE THEM, which meant if you were strong enough to make it through, you survived your ordeal and probably value your experiences, but for many they were not quite so lucky because the military left them broken both spiritually and mentally.
My Military Story - What Happened To Me
I will never ​​​​​​​forget my time in the military, my 3 and a half year tour of duty from Nov. 1977-May 1981, U.S. Army. I was stationed in Fort Jackson, SC, Aberdeen, MD, and Frankfurt and Butzach, Germany. My MOS/title was Administrative Specialist and this is where I learned to be organized and eventually become a writer.
Despite what actually happened to me in the military, it never left me BROKE or BROKEN so here is my story. Because I was pregnant for the first time when my 3 year tour of duty was coming to an end, and so that I could remain in Frankfurt, Germany with my husband, who was also on active duty and a Military Policeman -- and so he could be there for the birth of our first child, I extended my tour for another 6 months. CONTINUE READING
Tags: veteran-s day
★
★
★
★
★
Votes: 0
E-mail me when people leave their comments –
Follow