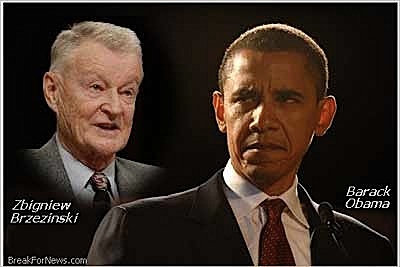 (caps are not intended as yelling)

NOTICE OF UNDERSTANDING AND INTENT:
TO WHOM IT MAY CONCERN, I ATTEMPTED MORE THAN ONCE TO RESPOND DIRECTLY TO THE AUTHOR OF THIS DISCUSSION ON THE FORUM BOARD, IT KEEP FREEZING UP AND I COUND NOT,THERE WAS ERROR MESSAGES, I FELT MOVED TO REPSOND AND BEING NEW , IT WAS NOT MY INTENTION TO VIOLATE ANY OF THE FORUMS RULES. , IF I HAVE DONE SO, AS IT HAS BEEN SUGGESTED , THAT THE NATURE OF MY RESPONSE IS A PERSONAL ATTACK,THAT WAS NOT MY INTENTION,those who have accused me of such, are full of themselves, and some other things too..TO THE 2 THOUGHT POLICE AND DEFENSE LAWYERS, "MALE INTIMIDATION ENFORCEMENT OFFICERS",(laughter)I AM REBUTTING THE "IDEAS" I FOUND INSULTING AND DISGUSTING ON THE ORIGINAL POSTYou don't like it, so what?Ngon'e Aw

All Presidents have handlers, and the majority of the Presidents have all been related by bloodline.President Obama's handler is, ZBIGNIEW BRZEZINSKI and NAZI, HENRY KISSENGER, he is related toDick Cheny , a British agent, and The criminal Bush family.WHY ARE YOUR WEARING AN ARAB NAME, & CAUCASIAN SIR NAME, LOOKING LIKE AN ARAB, AND TALKING LIKE YOU MIGHT BE AN AGENT OF THE 'WHITE MAN?"YOU WROTE:"In the wake of Obama’s presidential victory, African-Americans had finally had their ‘excuse crutch’ kicked right under them.The U.S. had long been dubbed - The Land of Opportunity. Generations have flooded to the U.S. from all corners of the planet; some seeking refuge, while others simply seeking a better education, a better opportunity and a better tomorrow.One uniform belief that is shared by ALL is that the U.S. is the one place on earth where, dreams come true and all things are possible, if one perseveres and never quits. Yet African-Americans are the (only) group of people that play a pivotal role in filling up, all-statistics-gloomy-and-disheartening.The question, ‘who is to blame for African-American’s failings?’ has been open for debate for the longest, and frankly for no apparent reason, when, specially all the evidences pointed back squarely at African-American themselves.Obama’s presidential victory is a momentous and watershed moment, and particularly for this reason - it has helped shut the coffin cover down on the “racism” argument. It is also a vindication of the timeless creed, that - no matter who you are or where you come from, you can achieve anything, no matter how hard life might sometimes tests you.Africans Hardly Blame, While African-Americans Enjoy Blaming. I am black, of African descent, and I have lived in the U.S. for almost a decade now. I am what you may choose to call an immigrant. And under the “white man’s” microscope, I and my African-American brothers and sisters are one and the same – BLACKS."END QUOTEHow dare you ' first and foremost you do not know what your talking about, you do not know the circumstances of our situation in this country, obviously, historically or currently, other that what the spin doctors dribble out of Tel-Lie-Vison and corporate owned "Jews papers " you do not even know the true structure of this country and how it operates based on the driblle you wrote in your post.When one looks at the state of the vast majority of African people living (exisiting) on the Continent, where you are on land your Ancestors have held for thousands of years, with vast resources, you have invaders occupying the south, and Arabs invaders occupying the North, and white folks ruling most of your terrItory and resources.It seems to me you have enough troubles of your own to resolve to spend time writing about what you do not have the slighest idea what you are talking about. How would we look immigrating to Africa and then having the audasity to speak into your social and political condtion and situation, as though we know more about it than you do.? This is the third timeI have encountered this type of rhetortic from Africans from the continent. I am deeply disapppointed and saddened by thisdisplay of ignorance and arrogance.YOU HAVE THE SAME PROBLEM, BUT BASED ON THIS ARTICLE, YOUR NOT EVEN AWARE OF IT, AND AFRICANS HAD A HAND IN US BEING IN THE SITUATION, THEREFORE SOME OF THE BLOOD' OF OUR PEOPLE AND CONDITIONS WE FIND OURSLEVES IN TODAY, IS ALSO ON THE HANDS OF AFRICANS..SO WHAT DO YOUR PROPOSE AFRICANS AUGHT TO DO ABOUT OUR SAD CONDITION?YOU WANT TO TALK ABOUT EXCUSES, AFRICANS DO NOT HAVE ANY LEGITIMATE EXCUSE FOR THE CONDTION OF THE CONTINENT OF AFRICA, , AND THE CONDITON OF THOSE THEY SOLD INTO SLAVERY,WHO HAVE BEEN SUFFERRING NOT ONLY IN ANERIKKKA, BUT ALL OVER THE DIASPOIRA TO THIS VERY DAY, AS A RESULT OF AFRICANS ACTIONS, AND COLLABARATION WITH THE "ENSLAVERS" OF THEIR OWN PEOPLE.ALL NATION STATES ARE CORPORATIONS, WORLD WIDE, AND OPERATED THE SAME, BY "ADMIRALTY LAW"WAKE UP!WE DON'T OWN ANYTHING IN AMERIKKKA,WHAT'S YOUR EXCUSE?TRULY YOU DON'T OWN ANYTHING NOW EITHER, THE IMF, THE WB, THE WHO, THE WTO, THE U.N. THE,THE SILLY A..U. WITH AN ARAB LEADING THE WAY FURTHER INTO "PLANNED GENOCIDE" THE BIS,THE BRITISH EAST INDIA COMPANY, ALL OWNS YOUR CONTINENT AND THEY OWN YOUR SAD ASS PUPPETSO CALLED TRAITOROUS LEADERS.

With all due respect, like many you apparently refuse to understand the structure, nature and or the "true" history of"The Federal Corporation Of The United Snakes Of America" and what has been done to "descendents of African people who where enslaved in this country and still are.Or the sturcture and operation of All Nation States for that matter world wide, because you refuse to face the reality of what that means.And because you refuse to research or investigate the widely available and highly documentedalternative information presentations explaining how the organization of the "Corporate" structure is designed and how it operates, you continue to operate in an illusionary paradigm, that does not and will not deliver., not only for Africans born in Amerikkka, but Africans all over the world. It is obvious you have not really listened, and grapsed the essence of the "Truth" of what is really happening in America AND ON THE CONTINENT OF AFRICA, or you listen and then REJECT the facts out of hand, or you would not still be chasing fairly tales. The brain drain out of Africa, socialization process, conditoning mass brainwashing through mis-information, and media spin runs very deep indeed. So you have been here 10 years,so what, I was born here and have been here 61 years.You reject the facts of the matter, which are,"This world is run by Jesuits, Vatican City, The City of London and The District Of Columbia, aka U.S.A. are the power Centers of the world."THAT GOES FOR AFRICA ALSO,THE PAST AND PRESENT OFFICAL POLICY OF AMERICA , ON AFRICA , AND YES PRESENTLY WITH A BLACK "LOOKING " FACE IN THE WHITE HOUSE, IS "GENOCIDE." This can easly be documented, Henry Kissenger instituited the policy of genocide for Africa under the Reagan Admistration, and it's still in effect.

WHY HASN'T "MESSIAH OBAMA" PUT A STOP TO THAT?WHY DID OBAMA BOYCOTT THE DURBAN 11 CONFERENCE ON RACISM?WHY IS OBAMA EXPANDING WAR IN MANY COUNTRIES INCLUDING COUNTRIES ON THE CONTINENT OF AFRICA?AND WHY IS HE NOT STOPPING "AFRICOM" FROM FURTHER TAKING OVER YOUR CONTINENT UNDER THE PRETENSE OF HELPING AFRICA FIGHT THE "FAKE" WAR ON TERRORISM?The President is the CEO of the CORPORATION, a "functionary" not the Messiah of the people.AND THE REASON THE ELITE PUT OBAMA IN THE OVAL OFFICE IS SO IGNORANT PEOPLE WOULD NOT UNDERSTAND WHAT IS REALLY HAPPENING IN AMERIKKKA , "AMERICA'S FINAL SOLUTION,JUST LIKE NAZI GERMANY, AND BECAUSE THEY PUT A BLACK (phenotype)" LOOKING: FACE," AS OBAMA DOES NOT IDENTFY HIMSELF AS "BLACK" HE SAID HE IS A "MUT"TRANSLATED, MIXED BREED, ie, MullatoTHAT'S RIGHT !THEY PUT HIM THERE, WE HAVE NOT HAD FAIR ELECTIONS IN THE SO CALLED " FREE WORLD"FOR DECADES, BLACK PEOPLES VOTING RIGHTS HAVE TO BE RE-NEWED BY CONGRESS EVERYTWENTY-FIVE YEARS, THE POLICY SINCE THE VOTNG RIGHTS ACT OF 1965,The first voting rights act for Blacks was in 1865,WONDER WHY THEY HAD TO HAVE ANOTHER ONE?IN THE DISTRICT OF COLUMBIA, THE MANY BLACKS DOMICLED THERE CANNOT EVEN VOTE, BECAUSE THEY DO NOT HAVE "STATEHOOD". IN THE COUNTRY OF THEIR " FORCED" BIRTH.OUR VOTING RIGHTS JUST CAME UP FOR RENEWAL AGAIN IN 2007, BUT THEY DON'T BOTHER TO COUNT THEM (votes) CORRECTLY. NO OTHER ETHNIC GROUP IN AMERIKKKA, HAS THEIR VOTING RIGHTS RE-NEWED BY CONGRESS.WHY IS THAT?

I RATHER DOUBTIF YOU WILL BOTHER TO EDUCATE YOURSELF ON THE REAL SITUATION OF PEOPLE OF AFRICAN DESCENT DOMICLED AND HELD CAPTIVE IN AMERICA SINCE 1555, THROUGH DECEPTION AND FORCED ASSIMILATION, STATE VIOLENCE, POLICE BRUTALITY, MIS-EDUCATION, UNDER-EMPLOYMENT, CHRONIC UN-EMPLOYMENT , WEL- FARED, FOOD STAMPED, AND KEEP WITHOUT HEALTH CARE BY THE MILLIONS, FOR GENERATIONS, ATTACKED BY THE CIA WITH DRUGS WARS. INCARCERATED IN HIGHER NUMBERS , MORE THAN IN ANY COUNTY ON THE GLOBE, AND YES, SLAVERY IS STILL LEGAL IN THE UNITED SNAKES IN "THE U.S. FEDERAL PRISON INDUSTRIAL COMPLEX"YOU THINK MAYBE THAT IS WHY THEY HAVE SO MANY BLACK PEOPLE LOCKED UP?The States get $30,000 per year to keep a Black man or Women in PRISON not COLLEGE from the"Federal Corporation of The United States of America."

www.afre.org/news.htm
All for Reparations and Emancipation (AFRE)Seeking International recognition of the lingering effects of slavery on Afrodescendant peoples in the Americas, the Caribbean, and the Slavery Diaspora. www.afre-ngo.com 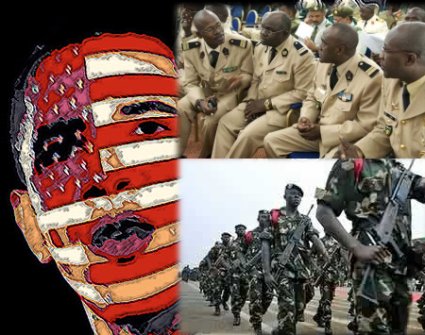 SO ,WHAT ARE YOU GOING TO DO ABOUT THIS?PRESIDENT OBAMA IS EXPANDING THE BUSH POLICY FOR AFRICOM, WHY IS THAT?

MAYBE YOU SHOULD CLEAN UP YOUR OWN HOUSE (AFRICA) BEFORE YOU POINT YOUR BROKEN FINGERAT US?