THE SHOCKING TRUTH ABOUT EASTER -- WHAT THE EASTER BUNNY AND EGGS REALLY MEAN, AND WHY MANY CHOOSE NOT TO CELEBRATE 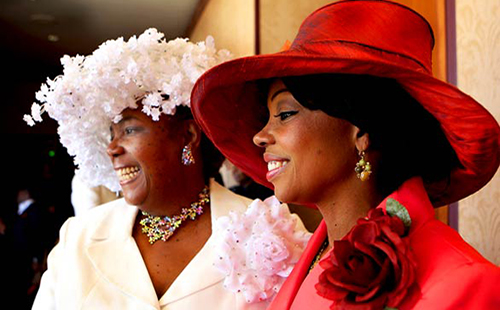 Easter is a very popular annual holiday celebrated by millions around the world every April. It is generally celebrated on a Sunday to commemorate the resurrection of Jesus Christ. But it can also involve rabbits (bunnies), color-painted eggs, white baskets and sometimes actual activities such as an “Easter egg hunt” or pictures being taken with an Easter bunny mascot.

So why do some people refuse to celebrate this holiday?

Some people, after finding out the true origin of Easter, decide that they don’t want to have anything to do with it.

For example, although mostly celebrated by Christians, the word "Easter" does not even appear in the original manuscripts of the Bible. (Some translations, however, do use the words "Passover" and "Easter" interchangeably.)

And careful research shows that Easter is merely a tradition based on ancient fertility rites. According to the Encyclopædia Britannica, the name itself is linked to Astarte, the Phoenician fertility goddess.

That same encyclopedia reports that rabbits are associated with Easter as symbols of fertility “handed down from the ancient ceremonial and symbolism of European and Middle Eastern pagan spring festivals.”

Even the eggs or the actual Easter egg hunt, according to Funk & Wagnalls Standard Dictionary of Folklore, Mythology and Legend, “is not mere child’s play, but the vestige of a fertility rite.”

Some wonder what all of this has to do with Jesus Christ and his resurrection. The answer is nothing.

And why do people (especially in the South) get all dressed up for Easter?

It’s normal to dress nicely for special occasions, but many actually put a lot of emphasis on buying super colorful Easter outfits and even extravagant Easter hats (like the ones in the picture above). This also shockingly has a link to ancient fertility rites. According to the book, The Giant Book of Superstitions, “it was considered discourteous and therefore bad luck to greet the Scandinavian goddess of Spring, or Eastre, in anything but fresh garb.”

These may not be the reasons why people celebrate Easter now (as many may argue), but these are the origins - how it all got started and why it continues on today.

This information has been distributed through BlackPR.com and BlackNews.com
E-mail me when people leave their comments –
Follow