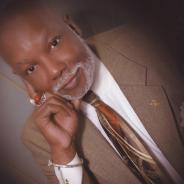 “Ferguson, Missouri helped bring attention to the extent of ‘offender-funded’ criminal justice services. The city was relying on fees, fines, and court costs for 20 percent of its budget, effectively turning it into an occupied territory, with a 95 percent white police force supporting itself by forcibly preying on a nearly 70 percent black population. Who benefits from this ‘criminalization of poverty’? In the short-term, municipalities and counties may appear to benefit, as well as the private companies that increasingly provide probation services and operate detention facilities and prisons. In addition, the increasing barriers, such as drug testing and criminal record searches, to social benefits like public housing, SNAP, and TANF may also temporarily help relieve cash-strapped local governments. But the overall effect is to perpetuate poverty and even expand the poverty population, to no possible good effect. Poor and indigent people cannot afford to pay for the means to coerce and incarcerate them, and nothing is gained by repeatedly jailing them. The criminalization of poverty – and increasing impoverishment of people judged to be criminals — amounts to a system of organized sadism.” The Poor Get Prison A Comprehensive Look At The Criminalization of Poverty by Karen Dolan and Kodi L. Carr Institute for Policy Studies

The façade and veneer of an open, fair, equalitarian and democratic society is quickly collapsing in the face of the rampant corruption, rich folk cronyism and corporate fascism all around us. What we saw in New Orleans during Hurricane Katrina, Ferguson Missouri and now Baltimore Maryland forces us to see America beyond the illusions and propaganda. Not since the late 1960’s have the disparities of class and race been so obvious and in your face raw. Ironically in 1968 the Kerner Commission which was impaneled to study the urban disturbances and riots from 1965 to 1967 partially saw what was happening and reported it to President Lyndon B. Johnson. But Johnson quickly repudiated the Commission’s findings and results.

“Authorized by Johnson in the wake of the urban violence that swept the nation from 1965-1967, the commission studied the issue, looking for its causes and remedies, for seven months before issuing the Kerner Report. The commission presented its findings in 1968, concluding that urban violence reflected the profound frustration of inner-city blacks and that racism was deeply embedded in American society. The report's most famous passage warned that the United States was ‘moving toward two societies, one black, one white - separate and unequal.’ The commission presented evidence of an array of problems plaguing the African American community with particular severity. These crippling conditions included not only overt discrimination but also chronic poverty, high unemployment, poor schools, inadequate housing, lack of access to health care, and systematic police bias and brutality.” Summer 1965 Urban Riots and the Kerner Commission http://jackiewhiting.net/HonorsUS/20thCRace/RiotsKerner.htm

Alas the Kerner Commission was out of touch with American reality because the fact is the Untied States has since its inception been “two societies one black one white, separate and unequal”. The Kerner Commission conveniently overlooked the fact that not only were there two separate and unequal societies in the United States, it failed to document the institutionalized state sanctioned oppression by whites against Blacks that was established to ensure that very separation was maintained! The fact is, prior to the mid twentieth century when the term race riot was used it meant whites going berserk attacking lynching and plundering against blacks.

“In light of the ‘Fergusons’ that have erupted in America over the last 50 years or so, it may come as quite a surprise to many of us to learn that from the 19th century clear through to roughly the middle of the 20th, most of those responsible for initiating ‘race’ riots were white. In 1829, Cincinnati, Ohio had a population of a little more than 2,000 blacks. Within the span of little more than a month, this population would be reduced by half as over 1,000 blacks fled the city as a result of the violence against their person and property initiated by whites—mostly Irish immigrants—who felt economically threatened by the presence of black laborers.” Forgotten White Riots and What We Can Learn From Them- Jack Kerwick http://townhall.com/columnists/jackkerwick/2014/09/17/forgotten-white-race-riots-and-what-we-can-learn-from-them-n1893122/page/full

Race riots usually involved lower status whites venting their frustrations on Black people, not the other way around. These types of riots go back as far as colonial times up to the mid twentieth century. For examples of this type of behavior see The Negro Holocaust: Lynching and Race Riots In The United States 1880-1950 by Robert A Gibson  http://www.yale.edu/ynhti/curriculum/units/1979/2/79.02.04.x.html for a synopsis of that sordid tradition.

Fear, distrust and animus was deliberately fostered by the ruling class to ensure poor whites, Africans and Native Americans did not unite, galvanize and turn on them like they did during colonial times.  “Between 1607 and 1682, more than 90,000 European immigrants, ‘three-quarters of them chattel bond-labourers, were brought to Virginia and Maryland.’ Following the ‘establishment of the Royal African Company in 1672, a steady supply of African slaves was secured.’ Problems became paramount, however, as the lower classes tended to be very rebellious, which consisted of ‘an amalgam of indentured servants and slaves, of poor whites and blacks, of landless freemen and debtors.’ The lower classes were united in opposition to the elites oppressing them, regardless of background. Bacon's Rebellion of 1676 was of particular note, as bond-labourers, black and white, rebelled against the local elites and ‘demanded freedom from chattel servitude.’ For the colonialists, ‘[s]uch images of a joint uprising of black and white, slave and bondsman, proved traumatic. In the face of a united rebellion of the lower orders, the planter bourgeoisie understood that their entire system of colonial exploitation and privilege was at risk.’

In response to this threat, the landed elite ‘relaxed the servitude of white labourers, intensified the bonds of black slavery, and introduced a new regime of racial oppression. In doing so, they effectively created the white race - and with it white supremacy.’ Thus, ‘the conditions of white and black servants began to diverge considerably after 1660.’ Following this, legislation would separate white and black slavery, prevent ‘mixed’ marriages, and seek to prevent the procreation of ‘mixed-race’ children. Whereas before 1660, many black slaves were not indentured for life, this changed as colonial law increasingly ‘imposed lifetime bondage for black servants - and, especially significant, the curse of lifetime servitude for their offspring.’”  An Empire of Poverty: Race Punishment and Social Control Andrew Gavin Marshall http://www.hamptoninstitution.org/empireofpoverty.html#.VT60llDFA64

What we are witnessing today is the unbridled and overt return to a two tiered society just like during colonial times, the late nineteenth century early twentieth centuries: the super rich vs the rest of us. Today the poor are consigned to an almost permanent cast unable to pull themselves up by their bootstraps. One disturbing trend is the criminalization of poverty. “In Ferguson and other cities nationwide, poor and low-income people are facing harsher outcomes linked to their inability to pay fines and debts. When they are unable to pay, they go to jail or prison and accrue additional debt linked to payment for a public defender, room and board during lockup, probation and parole supervision, drug and alcohol abuse treatment, and DNA samples. NPR noted that some of these previously free government services are constitutionally required, like the right to a public defender. In addition, technology, such as electronic monitors, aimed at helping defendants avoid jail time, is available only to those who can afford to pay for it. The NPR investigation built on a 2010 Brennan Center report on the 15 states with the largest prison populations, which found that each of them had a practice of arresting people because they were unable to pay fines, fees, debts or because they did not attend hearings about these debts.” The Poor Get Prison A Comprehensive Look At The Criminalization of Poverty by Karen Dolan and Kodi L. Carr Institute for Policy Studies

Poor people, Black and white, are increasingly being demonized and criminalized by local governments merely because they are indigent. Karen Dolan who co-authored the report entitled The Poor Get Prison A Comprehensive Look At The Criminalization of Poverty for the Institute For Policy Studies is quoted as saying, “When asked whether race or poverty was the factor driving the criminalization of the poor, Dolan said the two are intertwined. ‘I don’t think we can separate the two,’ she said. ‘It’s not an either/or. It’s a both/and. There’s no question that poor people of all races are vastly more impacted by fines, fees, aggressive policing and more vulnerable in court than people with the ability to pay misdemeanor charges and afford legal representation. And there is no question that the mandate for police and court systems to fill in budget deficits by aggressive collection of these fines are more prevalent in lower-income areas, regardless of race. ‘But there is equally no question that racial profiling has been ever-present in our country despite civil rights laws designed to address such bias and discrimination. And black people are disproportionately poor and disproportionately policed and incarcerated in this country. Police and courts in low-income/high poverty areas are increasingly in the service of aggressive money collection rather than public safety. When racist bias is added to this already fraught situation, the match is thrown on this tinderbox and consequences can be deadly.’” Here Are Five Ways Its Become A Crime To Be Poor In America- Punishable By Further Impoverishment Terrell Jasmine Starr  http://www.rawstory.com/2015/04/here-are-5-ways-its-become-a-crime-to-be-poor-in-america-punishable-by-further-impoverishment/

“In regards to the black population, who created quite a stir among the American elites in the 1960s and into the 1970s, the response from the elite sector was similar as to what it was during the Reconstruction period following the Civil War: mass incarceration. Reagan's "war on drugs" led to a rapid expansion of legislation purportedly aimed to reduce the problems of the illicit drug trade in the United States (while the Reagan administration secretly supported the drug trade in covert operations abroad, such as in Nicaragua, the Iran-Contra Scandal, etc.). The growth of the prison population in the United States from 1975 onward was marked simultaneously by a decline in welfare recipients. In fact, the largest prison systems were established in states with the weaker welfare systems. Between 1980 and 2000, ‘the number of people incarcerated in the United States increased by 300 percent, from 500,000 to nearly 2 million.’ The parole and probation population, by 2000, included 3.8 million people, and by 1998, ‘nearly 6 million people - almost 3 percent of the adult population - were under some form of correctional supervision.’ As reported in the journal, Punishment & Society:” An Empire of Poverty: Race Punishment and Social Control Andrew Gavin Marshall http://www.hamptoninstitution.org/empireofpoverty.html#.VT60llDFA64

American Apartheid and its criminalization of the poor are still alive and well! The 1% and their monopoly media want to keep us distracted, confused and bamboozled and ignorant about what is really going on. The increased police misconduct and abuse and the criminalizing of poverty are part of our ongoing reality.