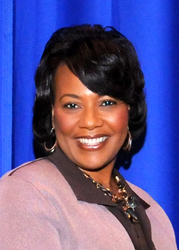 Dr. Bernice A. King. CEO of the Martin Luther King Jr. Center for Nonviolent Social Change, announces the celebration of the 30th King Holiday observance and the 87th birthday of Dr. Martin Luther King, Jr. The nine day observance of the holiday includes programs that are designed to Remember! Celebrate! and Act! on Dr. King's Legacy of Freedom and to enhance the King dream for the Beloved Community.

The King Center’s CEO, Dr. Bernice A. King announces plans for the 2016 commemoration of Dr. Martin Luther King Jr.’s birthday. The 9-day observance includes a broad range of educational programs, activities and events, beginning Wednesday, January 6 and concluding on Monday, January 18, the 30th Anniversary of the King Holiday. (A detailed schedule of events is attached to this release.)

In 2016, we will celebrate the 50th anniversary of Dr. King going to Chicago to bring attention to the need for fair and open housing. On January 7, 1966, Dr. King and S.C.L.C. announced plans for the Chicago Freedom Movement, a campaign to expand their civil rights activities to northern cities. Civil Rights groups and activists invited King to lead demonstrations against de-facto segregation in education, housing, and employment. Specifically, Dr. King and S.C.L.C. were invited to join them in a major nonviolent campaign geared toward achieving fair housing practices. Because they were successful in utilizing nonviolent resistance against segregation in the south, it seemed vital to demonstrate how nonviolent methods could be applied to the economic oppression of African Americans in the north. On July 10, 1966, Dr. King placed a list of demands on the door of the Chicago City Hall requesting that steps be taken to open up housing in metropolitan Chicago. Other demands addressed areas relevant to quality education, access to jobs and transportation, income and employment, wealth generation, crime and the criminal justice system, tenant’s rights, and overall quality of life. The Chicago Freedom Movement was the most ambitious civil rights campaign in the north and is largely credited with inspiring the 1968 Fair Housing Act. The assassination of Dr. King on April 4, 1968, enabled President Lyndon Johnson to mobilize Congress around this national tragedy to pass the bill that was previously stalled.

It is befitting in light of 2016 being the 50th anniversary of the Chicago Freedom Movement, that the theme for this year’s national King Holiday is 'Remember! Celebrate! Act! King’s Legacy of Freedom for our World."

Nonviolence was the key for the Chicago Freedom Movement. In light of the violent state of our current environment, it is even more vital today. This December, we commemorated the 60th Anniversary of the Montgomery bus boycott. This historic protest marked a monumental shift in American culture. The peaceful protests were the result of Kingian philosophy and methodology, referred to today as Nonviolence365™. Nonviolence365, which is nonviolence as a lifestyle, served as the blue print for the civil rights movement. The world remembers how this pathway of social change served as a systematic approach for conflict reconciliation. Its implementation in all levels of society during the late 50’s and 60’s was crucial, as disenfranchised Americans took long strides towards Dr. King’s “Beloved Community.” “As my father stated, ‘the end is reconciliation, the end is redemption; the end is the creation of the Beloved Community,’ ” said Dr. Bernice A. King. “We, at The King Center, continue to work toward the creation of that Beloved Community, using my father’s philosophy, Nonviolence365.”

As a part of its annual challenge to the world, The King Center invites the public to participate in a variety of activities reflective of the spirit of inclusion and brotherly love that Dr. Martin Luther King, Jr. promulgated. King Center CEO, Bernice A. King stated, “I am especially grateful for the continued commitment of the corporations, businesses, and individuals who are supporting our 2016 Salute to Greatness Dinner. The proceeds from the dinner will help the Center in furthering its work to educate and train people from all walks of life to embrace Nonviolence365 as a lifestyle.

A Schedule of Events for the 2016 King Center’s King Holiday Observance:

Friday, January 8, 2016 King Holiday Observance Kick-Off and Reception
Location: The King Center Freedom Hall Atrium 5:30 – 7:30 p.m.
Open to the Public
The Kick-off Reception is an invitation to the general public to join us in honoring the life and work of Dr. Martin Luther King, Jr. It will be a gathering of dignitaries, local consulates, elected officials, college & university presidents, corporate and business leaders, local activists, pastors, emerging youth leaders, the entertainment community and the community-at-large to participate in a celebration honoring the legacy of Dr. King.

Saturday, January 9, 201406 -- Beloved Community Talks
Part I “The Race Factor” and Part II “Rights vs Responsibilities”
Location: The King Center, The Yolanda D. King Theatre for the Performing Arts Time: 10:30 a.m. – 3:30 p.m. (Registration Fee: $20.00)
This two-part forum will utilize Dr. King’s nonviolent philosophy and methodology, Nonviolence365™, as a springboard for discussion of the topics. The Race Factor will engage participants in dialogue about the role that race plays in negative social constructs and how we can prevent racial biases from deterring progress. Rights vs. Responsibilities will explore the value of honoring our responsibilities to others and to the global community in tandem with respecting individual and collective rights.

Thursday, January 14 -- Building the Beloved Community with Environmental Justice
Location: The King Center, The Yolanda D. King Theatre for the Performing Arts Time: 6:30 – 9:00 p.m.
Open to the Public
This forum will engage participants and panelists in a discussion about the importance of Environmental Justice in building the Beloved Community.

Friday , January 15 and Saturday, January 16
Roger Guenveur Smith: Rodney King
Location: Ferst Center for the Arts
Time: 8:00 pm
History, poetry, and tragedy collide when Roger Guenveur Smith tackles the thorny odyssey of Rodney King from the harsh glare of the national spotlight as the victim of police brutality to his lonely death at the bottom of a swimming pool.

Saturday, January 16 -- Millennials with King Service Project
Location: John Hope Hill Elementary School Time: 9:00 a.m. – 12 noon
In collaboration with Points of Light, The King Center invites young adults and others to participate in this service initiative that will connect Dr. King’s nonviolent philosophy with an opportunity to provide 3 hours of service to a metro-Atlanta community.

Saturday, January 16 -- The Annual “Salute to Greatness” Awards Gala
Location: Hyatt Regency Hotel – 265 Peachtree Street, NE Atlanta, GA 30303, Reception: 6:00 p.m. Dinner and Program: 7:00 p.m.
The Annual Salute to Greatness Awards Gala is The King Center’s primary fundraising initiative. One of the Center’s highest honors, the Salute to Greatness Award is presented at the dinner to recognize national and/or international individuals and corporations that exemplify excellence in their leadership and have demonstrated a commitment to social responsibility in the spirit of Dr. Martin Luther King, Jr. Individual Honoree: Howard G. Buffett, Corporate Honoree: TIAA-CREF
The King Center’s Coretta Scott King A.N.G.E.L. (Advancing Nonviolence through Generations of Exceptional Leadership) Award will be given during the Dinner. The award is given in honor of and in keeping with the spirit of Mrs. Coretta Scott King. It recognizes a youth or young adult (ages 12-25) and a youth organization/initiative that exemplifies leadership in the areas of peace, social justice and nonviolent social change.
A.N.G.E.L. Award YouthHonoree: Maya Penn
A.N.G.E.L. Award Youth Organization Honoree: Sojourn to the Past
The “Christine King Farris Legacy of Service Award” recognizes individuals who
have a lifelong history of service and exemplifies the values based on the leadership philosophy of Dr. Martin Luther King Jr. and his methods of nonviolence.
The Christine King Farris Legacy of Service Award Honoree: Edith Savage Jennings
Special Award Honoree: My Brother’s Keeper Task Force
Emcees: Kevin Frazier, Entertainment Tonight Kyra Phillips, CNN