Let's start with the incessant look the other way when the US government, its pharmaceuticals, its AMA, its FDA and many other so called health organizations that allow experiments to go on unabated, many times with poor and unsuspecting candidates for the testing. 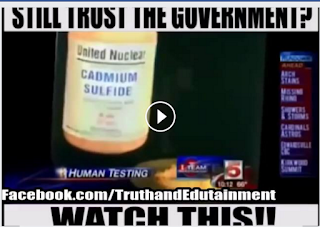 https://www.facebook.com/truthandedutainment/videos/1838362299760827/
Some few years ago, I read a book called "The Outsiders", I believe, it was about deviant behavior in American society. One of the experiments was to build projects. They first experimented with rats. Then they took it to the poor, piling them up in buildings living on top of one another to see what would happen. They also use colors and landscaping to create a prison like environment to see how folks would react.
Of course the crime rate escalated along with various other animalies. Great way to depopulate, imprison, sicken, and retard a group of people.
Ironically, the mass of people in one area became a voting block. So they had to tear the buildings down so they could redistrict the masses.
One of the things that amazes me about these "so called" experiments is how they really don't see futuristically nor do they understand human nature.
A large group of people in one area can bolster the economy of that area as well. Imagine the economists, the social engineers and the politicians fighting around the table about what plan to implement next according to who will benefit. So we see the plan being put in place, dismantled and then re-implemented at various points in the cycle. However the goal is always the same. Remove the undesirables, benefit from their destruction and do it all in secret or under the onus of some kind of illusive humanitarian goal.
What gets me about these folks who think the US and its allies are their friends when they constantly turn against them when they don't play ball. Syria is not part of the World Bank Organization.
Ironically, Syria was a great friend to the US during the first stages of the Iraq war when it was using its prisons for so called suspected terrorists. Extraordinary rendition, remember that? Assad was not president at the time. But their prisons were used to house these suspects without trial.
And do you remember when they gave Sadaam Hussein gas to poison the Kurds and to help in his war against Iran? And do you remember that they were already bombing Iraq and had severe sanctions on it, even before the so called fear mongering around WMD. Of course they had them, because the US gave them to them, but they got rid of them too. But that was old news.
So yeah, folks do have short memories and that is why folks are so easily lead down the crocked path to trouble.
If you know anything about war strategy and if we know anything about 911 and bombing Iraq under a false pretense, then you know it takes weeks and weeks of planning sometimes months and maybe even years to actually rain down the bombs.
This stuff was put into motion and at the ready long before Trump got in there, he is just another fall guy, another puppet for the globalist agenda. If his supporters don't see this , we'll they are a party to the same mania the Obamabots had/have. Statism is a disease that eats away at personal sovereignty. SOURCE
Tags: al-assad, bay, bush, corker, donald, globalism, hussein, jfk, mattis, mccain
★
★
★
★
★
Votes: 0
E-mail me when people leave their comments –
Follow