There's a party going on in Dedham!!! The Coffeehouse Soul Sessions will be the after-party for the "Show Em Whatcha Got!" road show event. The show starts at 8pm in the Dedham Square Coffeehouse, 565 High Street in Dedham, MA. 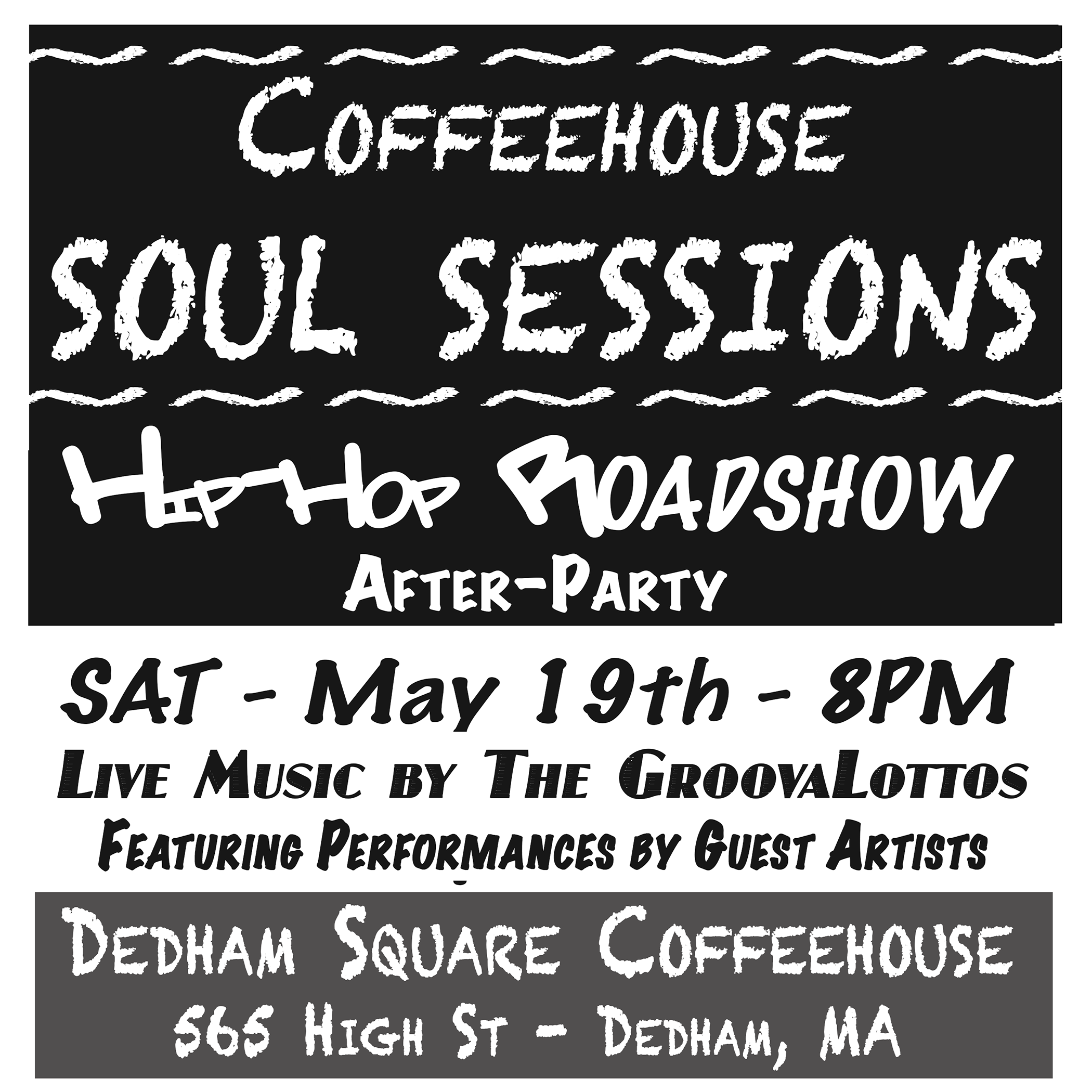 Historic happenings are in store at the Dedham Square Coffeehouse this coming Saturday, where Coffeehouse Soul Sessions will be the after-party for the Hip-Hop Road Show, inviting veteran MCs to take the mic and rock with the band. Showtime starts at 8pm. DSCH is located at 565 High St, Dedham, MA.

The Road Show event will be taking place at the Copley branch of the Boston Library, 11am - 4pm on May 19th. Folks from Boston's hip-hop community are encouraged to bring memorabilia including posters, flyers, photos and other scalable items.

Individually, The GroovaLottos are all veterans of the Massachusetts and New York hip-hop scenes. Aside from serving as a session player and producer on numerous hip-hop projects of the 1980's and 90's, Mwalim DaPhunkee Professor's first record was a 1990 release entitled "Her Groove" featuring spoken-word over funk, a pre-cursor to the spoken-word movement that would flourish during that decade. Eddie Ray Johnson had his tenure as a party DJ. Richard Johnson played bass on a number of live and studio hip-hop projects. The band's youngest member, The ZYG 808 is in the process of launching his hip-hop career, having appeared on the Soul Poet's Syndicate release and music video, "Flippin'".

The next week, on May 26th is the kick-off for The Phunk Hits 2018 summer concert tour, featuring The GroovaLottos, The ZYG 808, and several guest artists. So far the calendar is: