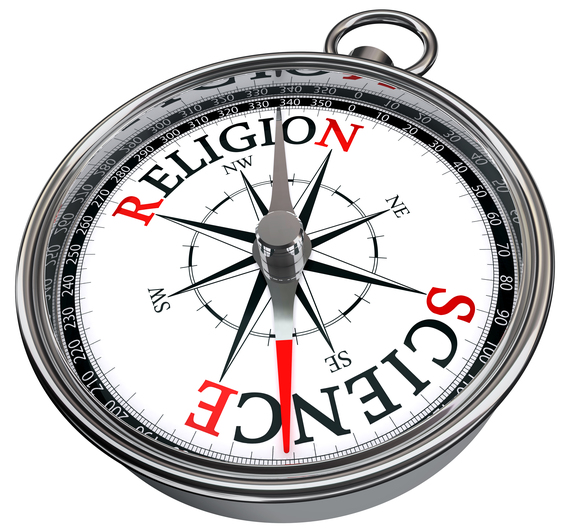 Science continues to explore the Cosmos for extraterrestrial life. Utilizing visual exploration in every light spectrum, radio, and many other mechanisms, no life beyond Earth has been located to date, yet science continues its exploration. Why does the search continue?

Some scientist’s insist that spiritual faith has no basis in science or fact. Some people who are exceptionally credentialed in science suggest that there is no life after death.

However, according to the fundamental principles of science, matter is neither created nor destroyed. The law implies that mass can neither be created nor destroyed, although it may be rearranged in space, or the entities associated with it may be changed in form, as for example when light or physical work is transformed into particles that contribute the same mass to the system as the light or work had contributed.

In 1842, Julius Robert Mayer discovered the Law of Conservation of Energy. In its most compact form, it is now called the First Law of Thermodynamics: energy is neither created nor destroyed. In physics, the law of conservation of energy states that the total energy of an isolated system cannot change – it is said to be conserved over time. Energy can be neither created nor destroyed, but can change form, for instance chemical energy can be converted to kinetic energy in the explosion of a stick of dynamite. (1)

Therefore, according to science, an afterlife is absolute. Neither mass nor energy can be destroyed – ever. It continues to exist in some form or another for all of eternity.

There are a plethora of different and disparate spiritual faiths that have and continue to exist on our planet. None have been proven, and there is no scientific evidence to support the existence of a deity. Belief in anything unproven is fundamentally based upon faith, and as it pertains to religion or spiritual faith, it is only supported by many ancient writings. The absence of proof does not prove its non-existence.

Some spiritual faiths believe that the Earth is less than its actual proven age of roughly 4.5 billion years. Reference to the age of the Earth, our Solar System, our Galaxy and the Universe have always been based upon what we knew at the time, including when all variety of authoritative observations were made, many well before the first century. Our knowledge has advanced and evolved, and so can people’s faith. The existence of light cannot be proven in total darkness, and the existence of darkness cannot be proven in total light. However, both exist.

Literal interpretations of scripture are what generally create conflict. However, when a person embraces new information, evolves and homogenizes faith and science, it is not difficult to accept both creationism and evolution.

If an all knowing deity and creator does exist, one might argue that such a creator fully understands all laws of the many relevant sciences. What better way to create the Cosmos than a Big Bang, and then allow it to evolve? Science still cannot prove how the Big Bang came to fruition, nor can it speak with authority to what existed prior to the big bang. It also cannot prove what currently exists beyond the distance of roughly 4.5 billion light years.

Does morality emanate from religion or spiritual faith? Some religions and faiths do support autonomous definitions of morality to all extremes. One may find the other utterly abhorrent. Some religions and faiths may have formed a basis or acted as a catalyst for morality, but morality truly only exists within each individual, independent of one another, and no place else in the Universe. No particular can make claim that it is the only foundation for morality. Morality is found in the absence of religion as well.

Some could argue that these gifts and talents are given to us by a creator, along with the choice to use them or waste them. This is not a new concept – it was addressed between 70 and 110 CE (2) in the Gospel of Matthew Chapter 25 Verse 14 through 30.

The evidence is entirely clear that capitalizing upon one’s gifts and talents does produce positive and quantifiable results, as demonstrated by the great minds of our history, which include, Isaac Newton, Thomas Edison, Albert Einstein, Carl Sagan, Stephen Hawking and Neil deGrasse Tyson, just to name a few.

Some might argue that those who only accept a literal interpretation of the writings that support their spiritual faith are depriving themselves of the savored treasure of knowledge, and the personal evolution and advancement that are the collateral benefit.

Which is right or which is wrong, science or spiritual faith does not necessarily distill to any absolute, any more than the proof of light in darkness, or darkness in light.

I have a curious and analytical mind that appreciates science and recognizes its proven laws. With that understanding, I know that neither matter nor energy can ever be destroyed.

It is a faith that gives me a comfort that one day I will be reunited with my Mom, Dad, Step Dad, Brother and fur baby, Buddy, who I loved during my time on Earth. Perhaps we will reunite as particles commingled in a new star, or as part of a yet to form new galaxy. Given the enormity of eternity, I have to agree that mine is an unproven possibility founded in faith.

For those who would argue that such a faith is a fantasy, I would refer us back to the first question posed in this oratory. “Why does the scientific search continue for life beyond the bounds of Earth, given that there has never been any evidence to support its existence?”

Our answer is, Faith.

(2) Most scholars believe the Gospel of Matthew was composed between 80 and 90 CE, with a range of possibility between 70 to 110 CE