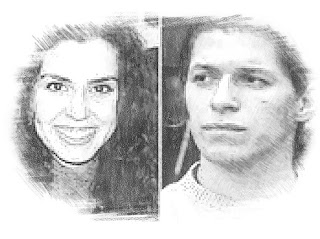 If you followed the Duke lacrosse case and that infamous rape hoax you know very well that a high profile district attorney and the police will sometimes lie in order to obtain a wrongful conviction.

You are also aware that the authorities can and will feed their lies to a legion of media enablers, who will then spin a sensational narrative that can help convict the innocent of a terrible crime before any trial.

The public and many intelligent people can be fooled by these tactics. Because the story manufactured by the authorities can sound perfectly plausible. It can tie together all the circumstantial evidence in such a fashion that most people will believe the police fiction.

Another important lesson from the Duke lacrosse case was that good defense lawyers are all that stand between innocent people and a life in prison. Without good legal representation the innocent can and will be convicted of crimes they did not commit.

All of the injustices that the Duke lacrosse case exposed are still present in the legal system.

One case that The Johnsville News followed before the Duke case exploded on the national scene in April 2006 has many of the same elements as the Duke case, but with a different outcome.

That case was the brutal murder of Catherine Woods in New York City on the night of November 27th, 2005. The 21 year old dancer from Ohio had her throat slashed in her Upper East Side Manhattan apartment. The story became front page news in New York and CBS did a 48 Hours Mystery television show, entitled "The Last Dance," about the case in May 2006.

On February 15, 2007, after three days of deliberations, a jury found Paul Cortez, 26, guilty of the murder of Catherine Woods.

Looking back at this murder case after two years, with some lessons learned from the Duke case, it now seems possible to believe that the New York DA, police, and their media enablers may have railroaded Paul Cortez.

Some reasons for this doubt about the Cortez conviction are:

Paul's defense attorneys, Dawn Florio and Laura Miranda, were so ill-prepared for his case that they actually skipped the first three days of his trial, an act that landed them in contempt of court. Every aspect of Paul's defense was mangled beyond repair. Consider the following oversights: Despite the fact that blond hairs were found in Catherine's hand and that skin was discovered under her fingernails, the defense team did not call a single forensic expert.

2. Cortez willingly cooperated with the police on the investigation. And there was another very plausible suspect.

Despite his candor, because of his close relationship with Catherine, Police informed Paul that he was one of two prime suspects: the other being Catherine's ex-boyfriend and roommate David. Certain that his innocence would inevitably clear him in the investigation, Paul continued to cooperate with police without legal representation. He endured hours of intense interrogation, allowed his hands and body to be photographed, volunteered his DNA, handed over his cell phone, and permitted the police to search his apartment without a warrant.

3. The key evidence used at trial now seems much weaker than first reported by the media.

The one piece of "evidence" used to convict Paul was a fingerprint found at the scene of the crime. By applying chemicals, the police investigators were able to identify this fingerprint from a wall in Catherine's bedroom which had blood splattered on it. The prosecution's fingerprint expert stated that the fingerprint "was not visible to the naked eye and only visible when interacted with chemical solutions." (Upon seeing the dark brown result of the chemicals, the public was easily fooled by tabloid pictures of a "bloody" fingerprint.) Had a fingerprint expert been called, he or she could have easily explained that Paul's print was a latent (or pre-existing) one, and that blood was splattered over it during the crime. How could a bloody fingerprint not be visible to the naked eye?

Not calling a woman during the hours she was working as a stripper, because her job did not allow her to take phone calls, does not seem like solid proof that Cortez knew she was already dead.

Plus the fact that Cortez worked at a fitness center, just a few blocks from Woods' apartment, means his calls were also made from the same neighborhood.

The boot print and type do not match what Cortez owned.

Co-writing a hard rock song entitled “The Killing Machine” with another band member does not make you a "killing machine." One song, taken out of context from 22 journals, which had been compiled since high school, does not equate to strong evidence.

In fact, Cortez's artistic body of work shows that he is someone with talent and creativity.

4. Paul Cortez was convicted by the New York media well before he went to trial.

In the [days following the murder], “anonymous police sources” admittedly leaked Paul’s personal information to the tabloid media, who in turn immediately began their attack on Paul. New York Post, Daily News, and other sensationalized media began to spin a very "juicy" (i.e. profitable) tale of an obsessed ex-lover. These stories, based entirely on false allegations and fabrications, pervaded New York City. His photo was plastered across newspapers and news programs. Reporters stalked him. He was tried and hung for weeks before he was even arrested.

No one in the media had any motivation to get past the facade of guilt that the police built for this case.

5. A growing number of people are backing an appeal for Paul Cortez.

6. Cortez has acted consistently as an innocent man might. 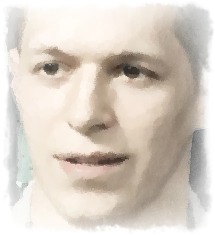 My name is Paul Cortez.

Two years ago, I was arrested for a murder I did not commit. As the events were initially unfolding, the entire incarceration and judicial experience that I endured left me in shock and unable to properly defend myself.

Having just graduated from Boston University, in debt from student loans, I did not have the sufficient funds to hire adequate council. Instead, I could afford only the poorest defense that botched the case so badly that I was convicted to 25 years to life in prison.

Naively, I thought my innocence would shine through if I just took the stand and told the truth. However, our justice system is not concerned with the truth - its sole concern is conviction in order to keep up the appearance of order and justice.

I wake up often with such a heavy ache in my heart that I feel unable to even sit up on the mite-infested inch-and-a-half thick mattress upon with I lay. The initial shock of the experience is giving way to realization, and I am distraught by what I see - a country so apathetic, indifferent and filled with such terrible injustice that an innocent man can be imprisoned for a murder that any sane person with access to the true facts of the case could clearly see had neither the motive nor ability to commit.

I did not kill Catherine Woods. I only loved her and cared for her, and would do anything to help her. I can't even imagine committing the horrible act that I've been accused of. Oftentimes, I wonder about the real killer of my friend and love. Where is he? What does he feel, if anything, seeing an Innocent person take the fall for him. Is there any remorse, conscience, or guilt?

I am bitter and numb most every day, walking through the barred corridors of this maximum prison with my eyes half dead. I'm struggling everyday to survive, to live, to breathe without fear, without apathy, without utter disgust at the world - without such heart-breaking pain at having my life destroyed and being completely abandoned by my country.

There are those that say they love me, they care about me, that such a horrendous injustice has happened to me, but they do nothing. Instead, the retreat back to the comforts of their own life styles while I rot in prison. Sometimes I just want to scream out, "Does anybody care! Help me! Somebody, please help me!" Even my faith in God is wavering because everywhere I turn, there are people with prayers on their lips, but no one with a helping hand.

There is such extreme indifference and cold-heartedness that I wonder if there are any truly good people in this world. I'm not talking about those who do good for some kind of benefit or reward, but those that are willing to give of their hearts without any expectation of receiving something in return - those that love and do good simply because it is right.

At times, I wonder why I even attempt to be free in this world, because what this world has done to me and others like me is so disgustingly disgraceful that I can hardly think about it.

Everyday I die. Everyday I wake up with iron prison bars breaking the light of day in solid shafts of shade across my body and face, and my mind reels, my heart cringes, and my spirit wallows. I live in a roach infested 8'x6' cell. I acquired a skin infection all over my body from the unhygienic conditions. I've lost weight from a poor diet. Everyday I live in a mind consuming paranoia for fear of my life or that I'll be cut or stabbed from behind by some stressed-out inmate or some gang initate. At night, I often have anxiety attacks that lead to uncontrollable sobbing that I muffle in my pillow for fear that other inmates might hear me.

And so I struggle with how to live in this world. But one thing I do know is that I'm not supposed to be here in this prison. A killer is out there who has literally gotten away with murder. So despite the isolation, depression, disgust and paranoia that I feel daily, I know that I must fight to keep the truth alive. I must live for love - a love that still burns in my deepest core that I know exists within these grey prison walls, and also out there beyond, waiting for me to come home.

For those that can see through the illusion of media propaganda, for those that see with their hearts and are not easily tricked into believing what they are fed by television, radio, or newspapers - it is for those people that are lovers of truth that I need to survive, to live, to fight for my freedom to that Truth and Innocence will prevail, and corrupt injustice will be expose and wither away.

Therefore given all these circumstances and knowing something about the case, it now seems fair and just that Paul Cortez be given an appeal as soon as possible.

Please do your own due diligence about this case and come to your own conclusions.

Tags: <a href="http:support2ndchanceblogspotcom2011
E-mail me when people leave their comments –
Follow