It's been the system of governance in our nation where for every government, a cabal runs its affairs.

My experience over the years and 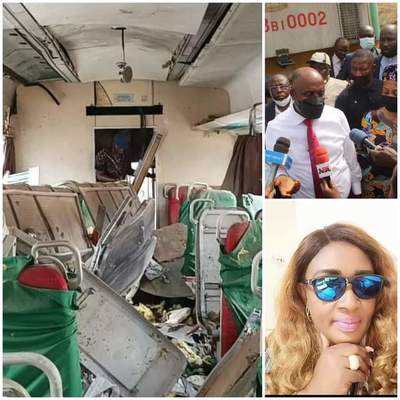 based on verified information reveals the stranglehold on elected Government officials by those who either sponsored their election or those who were appointed into high profile positions. They are usually family members and familiar friends.

These groups of people decide what document the President or the Governor sees and approves. They unashamedly flaunt their influence on the 'king' and brag about their rights to see, hear and speak for the person in power.

When I led my team to be part of the development of the Niger Delta region under Citizens Quest For Truth Initiative, a lot was unravelled and revealed.

I have learnt that sometimes the truth hurts, so I keep somethings within me and they may never be revealed till eternity.

The fact remains that most of those around the government are not sincere and have no passion or patriotism for the nation first, and to those who appointed them into the office.

Most people seek public office only for the paraphernalia of the office and not because they desire to make any meaning and sustainable impact.

I have been part of the quest to rescue the Niger Delta region. Unfortunately, my findings are damning and yet dangerous. Call me a coward? Yes! Sometimes, you don't have to fight to be a man. Even Jesus at some points had to run away from the trouble to come because it was not his time.

Let's get to the real issues of this treatise.

The insecurity in the nation did not evolve overnight. It was an orchestrated plot dating back to 2010 when I stumbled on a detailed document on how a group of religious extremists had plotted to capture some villages, communities, towns and even States which they claimed belonged to them.

The document revealed that some of the fighters were trained outside the country and when they returned, they were aided by some government officials whom they also named.

It is more of a religious war which is laced with the coat of politics.

Sadly, my efforts to get the authorities to pick up the man in question who mistakenly left the document in my Guest house failed due to lack of political will by those concerned. Of course, I had to move on.

The recent multiple attacks on our Power Plants, Trains and Railway stations could have been averted if those responsible were proactive. We have been dealing with security issues for several years now, so it is not unimaginable that these bandits and insurgents could shift their focus from the communities to the cities and to essential infrastructure. This Government has no doubt made inroads in developing critical infrastructure but like I wrote in one of my articles, "what is infrastructure without security?"

It is even more disheartening to learn that the Minister for Transportation who has helped the APC Federal Government develop the Rail sector had made requests for funding for security of the Railways but his efforts were grounded to a halt by some of the shenanigans who parade as the "owners, movers and shakers" of the Buhari led Administration. Is this unusual? Of course not. I had earlier stated here how those who constitute themselves as the cabal in the corridors of power become a clog in the wheel of progress of any and every government. It's got nothing to do with the age and intelligence of the President or Governor, as the case may be. They have perfected the act of hijacking the President or the Governor based on what they know as the weakest points of the individual.

The much touted rescue of the Niger Delta region through a Forensic Audit has again been kept comatose by this set of people. Till date, there is yet to be a substantive Board for the Administration of the Niger Delta Development Commission, NDDC.

Those who fought for the liberation of the Commission were forced to torpedo the mandate with threats to their jobs. It is a clear case of "if you can't beat them, you join them." Who has ever resigned on grounds of perceived sabotage except where they are fired from their positions?

While I do not make excuses for the President, it is also pathetic the situation he finds himself in as he is a trained soldier who is loyal to friendship and by extension, family. The transformation from a Military Officer to a democrat is never an easy transition.

With the recent unfortunate events in the Railway sector ought to have consumed some persons who were part of the sabotage. Who is responsible for the delay in the approval for security funding for the Trains and Railways? Nigerians ought to be calling them out right now. Instead, we are busy casting aspersions on the President, sermonizing the unfortunate incidents while letting the powerful culprits escape the hammer.

What we fear has gradually come upon us. "Until we collectively wage war against the activities of insider moles in government, we sure would continue to read Press Releases that have no solution to our security challenges.” The simple but hard truth is that those who come from a particular section of the country, no matter how highly placed, will remain subservient in the hands of the ‘superior’ citizens of our nation.

Enough of this bloodletting! It's about time we the Nigerian people changed the face and structure of governance.

Written by Christie Oby Ndukwe, the President of Citizens Quest For Truth Initiative, and a Niger Delta-based Publisher and social and Political Analyst