SANCTIONS ISSUED BY THE AFRIKAN PEOPLES LIBERATION TRIBUNAL ON THE PERSON KNOWN AS GENERAL T.A.C.O. aka MISCHA CULTON aka WOLVERINE SHAKUR 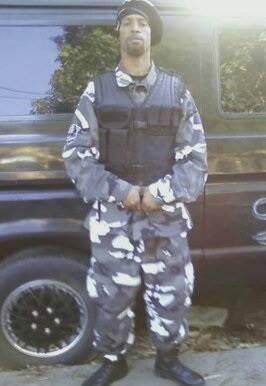 The Afrikan People’s Liberation Tribunal, in the spirit of self-determination for Afrikan People and vested with the power of the People, now issue the sanctions that follow against the person known as General T.A.C.O. aka Mischa Culton aka Wolverine Shakur and all of those acting in his behalf, and encourage individuals and organizations to join us in implementing and enforcing these sanctions in the interest of justice, human rights and Black liberation:

1. General TACO is banished from the events and institutions of the Black community specifically and all other communities in general. He is banned from participation in the political life and processes of the Afrikan/Black or any other communities including, but not limited to: Public speaking, guest appearances at community events/programs, recruitment, distribution of literature, membership and leadership of in any organization, united fronts and coalitions.

2. General TACO is banned from seeking or accepting any position of leadership of any organization in the Black Community specifically, or any community in general at any time in the present and the future.

ADDITIONALLY, General TACO must seek immediate mental/emotional health counseling from a competent, Afrikan-centered mental liberation health professional; provide financial restitution to each of those directly impacted by his abuse, exploitation, theft, betrayal and other offenses, for all misappropriations, property loss, damage and medical expenses; publicly and in writing accept responsibility for and renounce his abusive, threatening and offensive conduct to all those impacted by that conduct; the members of the community; the Black nation and the Afrikan world, and pledge to discontinue and never repeat such conduct ever again, offer a sincere, personal and individual apology to each of the individuals he has victimized and exploited, and for engaging in unprincipled conduct which provoked indignation and contempt against revolutionaries and bringing revolutionary movements as a whole into disrepute.

All individuals or organizations that intentionally help or attempt to help General TACO circumvent/undermine these sanctions should know that they do so at their own risk and in opposition to the spirit of unity of the Afrikan community and other progressive forces.

Affirmed before the collective global community, in love of Afrika and her children, on November 1, 2014 by:

OKYEAME
Nana Gyamfi
~~~
STATEMENT ON THE SANCTIONS ISSUED BY
THE AFRIKAN PEOPLES LIBERATION TRIBUNAL
ON THE PERSON KNOWN AS
GENERAL T.A.C.O. aka MISCHA CULTON aka WOLVERINE SHAKUR

The Afrikan People’s Liberation Tribunal was established by long time activists and organizers in the Black community of Los Angeles, California in an attempt to determine the truth behind allegations of a continuing pattern of abuse, misconduct, betrayal, and exploitation; and other offenses against the Black Nation in violation of established revolutionary codes of conduct and international standards of human rights by the person known as General T.A.C.O. aka Mischa Culton aka Wolverine Shakur (“General TACO”).

The members of the Tribunal Panel and The Committee who drafted these sanctions represent a broad spectrum of political ideologies and philosophies. Their collective body of experiences encompasses Afro-Centrism, Pan Africanism, Revolutionary Nationalism, New Afrikan Independence Movement, Marxism, Prison Activism, Islam, Progressive Lawyering, Gang Intervention, Progressive Journalism and Peace Activism. Several Tribunal Panel and Committee members are former supporters of General TACO and were supportive of the progressive work in the community of the rank and file membership of the Black Riders Liberation Party.

All of the undersigned members are united in their position that as a community we must exercise responsible conduct in our interactions with each other and the larger community, and be held accountable when we fail to do so.

As far back as 2006, there were reports of abuse, exploitation and counter revolutionary behavior by the person known as General TACO. Those making the allegations, included those directly affected by General TACO’s conduct, family members of the alleged victims and members of the community.

Members of the revolutionary Afrikan nationalist community initiated an investigation including interviewing those most directly affected by his actions and others. General TACO was aware of this investigation and we had been in contact with him.

On April 13, 2014, a Statement of Allegations detailing his alleged offenses was handed to General TACO asking for a written response in 15 days. General TACO did not give any response, disappeared from public view, and did not provide any contact information for himself. Notice was given to General TACO’s known supporters and publically posted that The Tribunal would be held at the Watts Labor Community Action Committee on May 24 & 25, 2014. At the Tribunal, evidence was presented by live testimony from former BRLP cadre and former community supporters supporting the allegations. There were no witnesses present speaking against the allegations. General TACO did not appear at the Tribunal nor did he deny any of the factual allegations.

After hearing two days of testimony relating to offenses alleged against the person known as General T.A.C.O., on June 11, 2014, the Tribunal Panel issued its “Statement of Findings and Conclusions: Regarding the Accusations Against the Person Known as General TACO by the Afrikan Peoples Liberation Tribunal” finding General TACO committed the following offenses:

1. Torture and Other Physical Abuse.
2. Sexual Abuse and Violence.
3. Use of False and Potentially Dangerous Accusations against Former Comrades.
4. Abuse of Trust and Exploitation of Comrades and Supporters.
5. Deceiving the Masses and Supporters for Purposes of Theft and Personal Enrichment.
6. Engaging in Unprincipled, Criminal Conduct, Provoking Indignation and Contempt Against Revolutionaries and Bringing Revolutionary Movement as a Whole into Disrepute.

General TACO has offered no direct response to any of the specific allegations; has continued his belligerent, threatening behaviors; and has explicitly, if not directly, denied the validity of the Tribunal process. Therefore, the primary focus of these sanctions are directed towards preventing further harm to members of the community, restoring justice to the individuals directly impacted and the Black community and restoring and reinforcing the moral legitimacy of the progressive and revolutionary movement as a whole.

We encourage all individual community members, revolutionary activists, and all grassroots and revolutionary organizations from within as well as outside of the Los Angeles area to support these sanctions and to have nothing to do with TACO or to acknowledge that they engage with him at their own risk/peril. To insure execution of these sanctions, the Afrikan community and its allies should abstain from all political, financial, material, and moral support of TACO. The Afrikan People’s Liberation Tribunal demands the conditions imposed by these sanctions on TACO personally be fulfilled by him before there be any consideration of lifting of the Sanctions or other leniency. The sanctions listed here are no limitation on other sanctions the community may feel are appropriate under the circumstances.

We are aware there are other alleged offenses which, for various reasons, were not presented at this Tribunal. We are not opposed to another proceeding addressing those alleged offenses in another appropriate forum designed to bring justice to the community.

Thus far, the Community has accepted the principle of non-involvement of the federal, state, and local governmental "authority" in this matter, and has supported this overall process as impartial, rigorous and just. Based on the Power of the People and the right of all Afrikan people to self-determination, we must now accept the responsibility of participating in supporting these sanctions with all of our actions. Only collective, community-based implementation of these sanctions can ensure that justice will be realized.

It is the sincere hope of the Afrikan People’s Liberation Tribunal that this process will result in healing for the community and all those directly affected by TACO’s transgressions. Consequences must be demanded and realized for acts or intents, whether direct or indirect, that result in harm to individuals, groups, communities, nations, or humanity. We must, as a community, acknowledge the seriousness of these offenses and, most importantly, assist with the vindication of the victims. A collective accepted principle of high morality and unimpeachable ethical conduct should be expected and must be demanded from individuals in general and definitely from those who assume a public role of leadership, and only we the community, through our collective will, can ensure that no one is allowed to violate this principle.