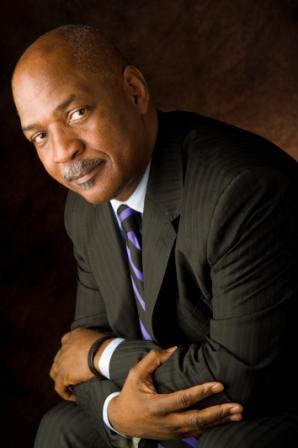 In looking at the overall state of race and justice in America, clearly a lot of progress has been made. On November 4, 2008, the United States elected its first African-American President Barack Obama, who is just beginning his second term. Clearly, the job of equality and justice is not the job of one man. But, since his election, President Obama has taken a number of steps that make the state of race and justice a positive one.

If we simply look at the Supreme Court, which decides much of our legal issues that impact us greatly, the President has had the opportunity to appoint two people. And on both occasions, he appointed women; including a woman of color. When we look at the United States Circuit Courts, which are one step away from the United States Supreme Court, President Obama has appointed the first African-American for Mississippi to the Fifth Circuit, an African-American with Haitian connections to the Second Circuit, the first woman in Massachusetts to the First Circuit, and an African-American woman to the Sixth Circuit Court of Appeals. This only begins to show the diversity and quality of his appointments.

More importantly, the President - in his first term - persuaded Congress to support a $787 billion stimulus package, has had healthcare approved, and prevailed in the Supreme Court on protection of rights of immigrants. These successes reveal the commitment to the state of justice, equality, and progress in our country.

Despite the progress of the past four years, there is still much work to be done. We still have a problem in terms of employment, housing, and an increasing negative reflection on the African-American presence in the criminal justice system. While many of these issues are influenced by local and state legislation, they are still troubling when you see the African-American unemployment rates in double digits, housing foreclosures increasing, and the state of equality in our criminal justice system leaves all of us at peril.

The good news, of course, is that under the leadership of Attorney General Eric Holder, the first African-American Attorney General, the disparity between powder cocaine and crack cocaine has been reduced from 100 to 1 to 18 to 1. This is a step in the right direction. But leveling the playing field to a 1 to 1 ratio is still necessary. And we hope will be accomplished in the coming years.

President Obama has made clear his views on the kinds of justices he wants for the courts, what kinds of tax cuts he wants, as well as his views on a woman's right to choose, immigration, and now, stricter gun laws. Voters carefully assessed and made their decision for themselves and for their children and grandchildren for generations to come.

In conclusion, it is the best of times and the worst of times. We have made a lot of progress on many issues, but the job is not done.

Charles Ogletree Jr. is the Jesse Climenko Professor of Law at Harvard Law School, and executive director and founder, Charles Hamilton Houston Institute for Race and Justice. This article - the second of a 20-part series - is written in commemoration of the 50th Anniversary of the Lawyers' Committee for Civil Rights Under Law. The Lawyers' Committee is a nonpartisan, nonprofit organization, formed in 1963 at the request of President John F. Kennedy to enlist the private bar's leadership and resources in combating racial discrimination and the resulting inequality of opportunity - work that continues to be vital today. For more information, please visit www.lawyerscommittee.org.