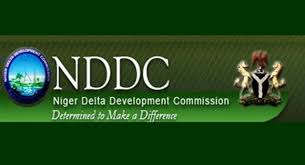 A few days ago, some youth groups in the Niger Delta region aired what they termed their resentment in the appointment of Mr Effiong Okon Akwa as Sole Administrator of the Niger Delta Development Commission (NDDC) by President Muhammadu Buhari. One of the groups, Uhrobo Youth Leaders Council (UYLC) was said to have dragged the Honourable Minister for Niger Delta Affairs, Senator Godswill Akpabio before a Federal High Court sitting in Warri, Delta State, over the said appointment of the new NDDC helmsman. The UYLC stands commended for its civilised method. Some other youths, who claimed to be of Uhrobo extraction, engaged in a theatre of the absurd by blocking the ever-busy East West road, thereby causing untold hardship on travelers who ply that road. While it is inconsequential to dwell on the cursing spree and death wish on the Minister as they poured libation on the expressway, it must be stressed that much as people have the right to vent their steam, such action should not impinge on the right of way of other law-abiding citizens.

It is trite knowledge that informed Urhobo youths are not part of the said action, but a few disgruntled hirelings masquerading as youths of the revered ethnic nationality. This is a clear case of the hands of Jacob in the garb of Esau.

The use of anti-democratic tendencies by overt beneficiaries of democratic norms, to distract the Hon. Minister of Niger Delta and, by extension, President Buhari, must be condemned and stands condemned, by every right-thinking Niger Deltan. One begins to wonder the rationale behind the conscription of youths to block the ever-busy East-West road, if not to discredit President Buhari.

Players in the NDDC political industry are not finding it difficult to situate the reason behind the incessant attacks on President Buhari and the Hon. Minister for Niger Delta Affairs, Senator Akpabio. The outright rejection of the ill-fated Obudu and Okumagba Board, even after being screened by the Senate, has remained the albatross on the neck of the Senate Deputy President, Senator Ovie Omo-Agege. He had tactically positioned the two men in order to take absolute control of the NDDC, but according to what we say in the Nigerian parlance, “God pass dem.” The macabre dance steps of those youths are in tandem with the quick drumbeats of Senator Omo-Agege.  Could these be happening on the wrong assumption that President Buhari rarely bite? Sometimes, one is tempted to wish these mundane scripts were being played out in an Obasanjo era. Audu Ogbe’s experience as National Chairman of Peoples Democratic Party (PDP) during Obasanjo’s administration readily comes to mind here.

How can a man who prides himself as “leader of the South-South APC” continue to exhibit flagrant disregard for the President and Commander-in-Chief, thereby hampering whatever successes the President and his party would have recorded?

Recall that the Interim Management Committee under the leadership of Prof. Pondei was made of no effect following what Femi Adesina, Presidential Spokesman on Media, described as “plethora of litigations and a restraining order issued recently against the Interim Management Committee of the NDDC by a Federal High Court in Abuja.” Since therefore there was no room for vacuum in governance, and considering the fact that the leadership echelon in the NDDC have been embroiled, over time, in the obvious rot and stench in the Commission, the President and Commander-in-Chief, Muhammadu Buhari, considered it expedient to appoint an untainted hand to oversee the running of the Commission until the conclusion of the on-going forensic audit.

Worthy of note is the fact that the incessant unease in the NDDC is boiling to a crescendo following President Buhari’s approval of a forensic audit of the Commission from 2001 to 2019. Those who have had unethical dealings in the Commission have left no stone unturned in their efforts to truncate the exercise. Fortunately, Mr. President has, both in words and action, demonstrated unwavering commitment to unearth the itchy fingers behind the stealing of humongous budgets appropriated for the development of the Niger delta region. Sadly, and most shocking, are incontrovertible revelations that most of the infractions recorded in the bleeding commission were brazenly committed by those who, ordinarily, were entrusted to protect the common wealth of the Niger Delta region.

That Senator Godswill Akpabio is in the eyes of the storm is therefore no surprise; man that has been mostly misjudged by his party men for their misplaced fear of being outshined. Some of them believe that allowing Akpabio to function without hindrance will open another window to replicate the feat in Akwa Ibom State which earned him the sobriquet, “The Uncommon Transformer”, thereby putting him ahead of other leaders from the region, or at most, give him an edge over many of them.

How can we forget, so soon, the “Honourable-Minister-off-the-Mic” incident during the probe of activities of the Commission at the National Assembly? The hunter suddenly became the hunted when the raw truth started coming out, hence the heart-felt appeal for the minister to off the mic. That Senator Akpabio could speak truth to power in the full glare of everybody watching across the globe, is a testimonial that he has nothing to hide concerning the NDDC.

Nigerians have not forgotten the startling revelation that a single senator was awarded 300 contracts, out of which 120 were fully paid for without commensurate job execution? Should Nigerians be reminded that it is the huge number of these phantom contracts that have left a debt burden of over N3 trillion hanging on the neck of the Commission? Should Nigerians be cowed by the blistering undertakers who are desperate to divide the living child because theirs died last night? Certainly not!

As a sharp contrast from what used to obtain before, the Ijaw Youth Council (IYC) has   demonstrated leadership in its determination not to be part of any politically-motivated protest that would destabilise the region. According to the IYC President Worldwide, Peter Timothy Igbifa, “parents should monitor the activities of their children and stop them from engaging in any demonstration, especially the one targeting the occupation of NDDC headquarters using the name of IYC.” It is therefore expected that other youth groups in the region should borrow a leaf from the IYC in the journey to making the NDDC achieve the desired purpose.

Rather than distract the Sole Administrator of the Commission from delivering on his assignment, Niger Deltans, and indeed Nigerians, should be concerned about the overall decrepit infrastructure and downward slope of human capital that abound in the region.  The commission is presently passing through a season of realization and rebirth, and the best Nigerians can offer now is understanding, devoid of any grandstanding by filthy players whose fingers are already soiled by their unbridled love for and commitment to the underdevelopment of the Niger Delta region. The time to check these scavengers is now.