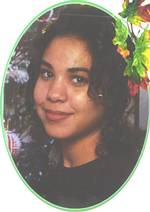 Sara Kruzan grew up in Riverside, California. She is bi-racial. She was raised by her mother, a Caucasian, who was addicted to drugs and abusive to Sara. Sara was placed in foster care as a teen. Sara has met her African-American father only three times in her life because he has been in prison serving time for serious felony convictions.

Since the age of 9, Sara has suffered from severe depression for which she has been hospitalized several times. She has attempted suicide on multiple occasions.

At age 11, Sara met a 31-year-old man named “G.G.” Soon after they met, G.G. molested Sara, and soon began grooming her to become a prostitute. At age 13, Sara began working as a prostitute for G.G. Sara had just turned 16 when she was convicted of killing G.G. Sara had never before been arrested. Sara says a friend of her then-boyfriend who was much older and a rival of G.G. was involved in the murder but never prosecuted. Sara was tried as an adult, and sentenced to the rest of her life in prison, even though the California Youth Authority (CYA) determined that she was “amenable to the training and treatment” they offered.1 In its evaluation of Sara,the CYA concluded:

[Sara] appears to be motivated to make positive changes in her life and has expressed a desire to participate in Youth Authority programming rather than be sent to state prison. With respect to the referring offense [the killing of G.G.], it is recognized that the crime was particularly callous and premeditated. However, it is noted that her male co-offender was considerably older than Sara and she was strongly vulnerable to exploitation by him. The psychiatric evaluation submitted by Dr. Sneed concludes that she is treatable.

Sara is now 32-years-old and has served half of her life in prison. She resides in the Honor Dorm at the California Correctional Facility for Women in Chowchilla, California. As she says, “The way I think now is very different than the way I thought then.”2 In prison, Sara does whatever she can to keep up her hope. “I survive in here spiritually. I can’t give up.I read. I do whatever I can to be a better person.”3
www.freesarakruzan.org
Sara's video
www.youtube.com/watch?v=W2Aa4uMIm8c