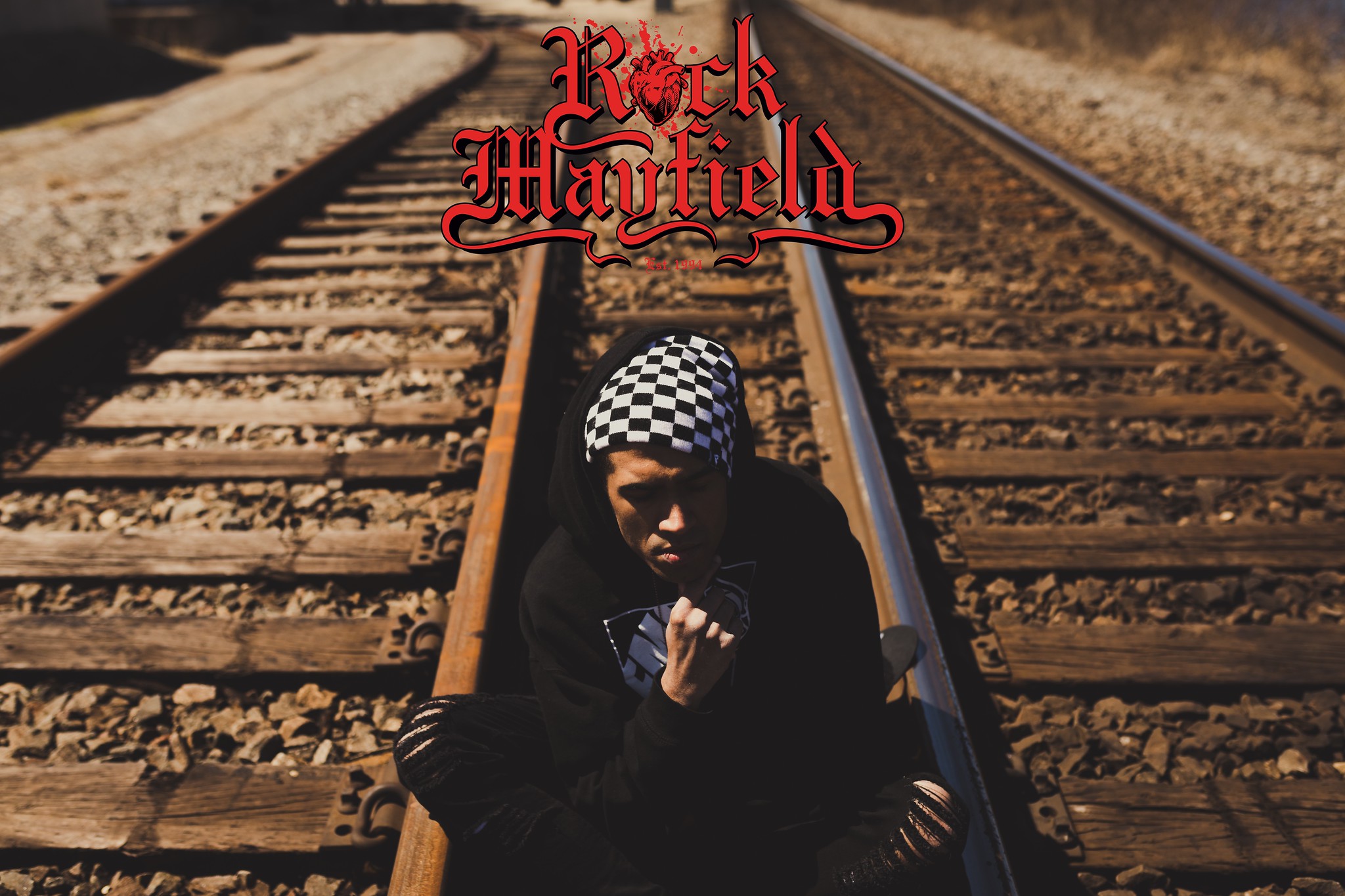 Artist Rock Mayfield is a lyrical storyteller born in Racine, Wisconsin, but rooted not far from home in Burlington, Wisconsin. He was raised in a single parent household with a determined mother fighting to make sure he had the best of the world we live in. Despite his mother efforts, Rock meet tragedy early on. At the tender age of 4, Rock was exposed to domestic violence due to alcoholism from a family member and by the age of 5 his father left as he was sent to prison.
Rock Mayfield grow older and tragedy continued. During his Freshman Year of High School, his close cousin was murdered in a homicide shooting. Within the same timeframe, he became suicidal, began to self inflict harm on himself, and continuously lashed out on others while dealing with an unhealthy teen romance. Reflecting on the struggles and tragedies he faced, he decided to live and use his words through music to help and inspire others to live unapologetic and well. Music helped Rock Mayfield deal with a lot of unresolved feelings and as a result, Rock and his father mended their broken relationship 3 months before his father died. Tragedy Strikes again! This time through music, Rock Mayfield was able to cope. In honor of his father, the artist decided to add “Rock” in front of his last name “Mayfield” to remind him of his father and to remain hard like a “Rock” in hard times.
Today, Rock Mayfield states his claim on the world of music. Determined to be a voice for those unwilling to speak for themselves, he decided to turn real life situations into words that would command the ears of listeners. Musical Influences from artists like Tupac, Travis Barker, The Game, T.I. and Eminem to name a few fueled his fire as their lyrics were able to reach his soul. With thoughts of his influencers in mind, mixed with his love for Rap, Punk Rock, and Alternative Rock, he put a pen in his hand and forced a pad to hold the lyrics his music displays today.
When asked what do you want to be remembered for, Rock Mayfield replied, “For being a diverse artist and using my lyrics to help all people despite race to use music as their comfort zone.” Music has been a comfort zone for Rock Mayfield. Some may even say it saved his life. Known to his fans for his unique recreation of cover songs, he left listeners speechless with his original track “Redemption” which is currently out and streaming worldwide. The song “Redemption” is about him finding vindication from self harm and suicidal thoughts. Rock Mayfield wants listeners to remember Tupac said it best “Only God Can Judge Me.” Redemption is a choice for those who seek it.
Rock Mayfield is currently performing and completing his upcoming album. Early this year, 2019, he released a new song with Bizarre from D12 titled "Cuz I'mma' Rapper" where he pays homage to gangster rap and pokes fun at the current state of Hip-Hop. The song, “Cuz I'mma' Rapper” is currently available on all digital music platforms." With His mom, Mayfield Mafia fanbase, and support system in mind, he plans to deliver more original music geared toward helping more people. Stay tuned for more from the artist. Be sure to search “Rock Mayfield” on Spotify, Itunes
, Soundcloud, and Amazon Music.
On November 2nd 2019 Rock Mayfield released his new song "2:30AM" featuring Hip-Hop/R&B artist Lilly Whyte. In Rock's new song "2:30 AM" Rock talks about catching his then girlfriend cheating on him with her ex at "2:30 AM." 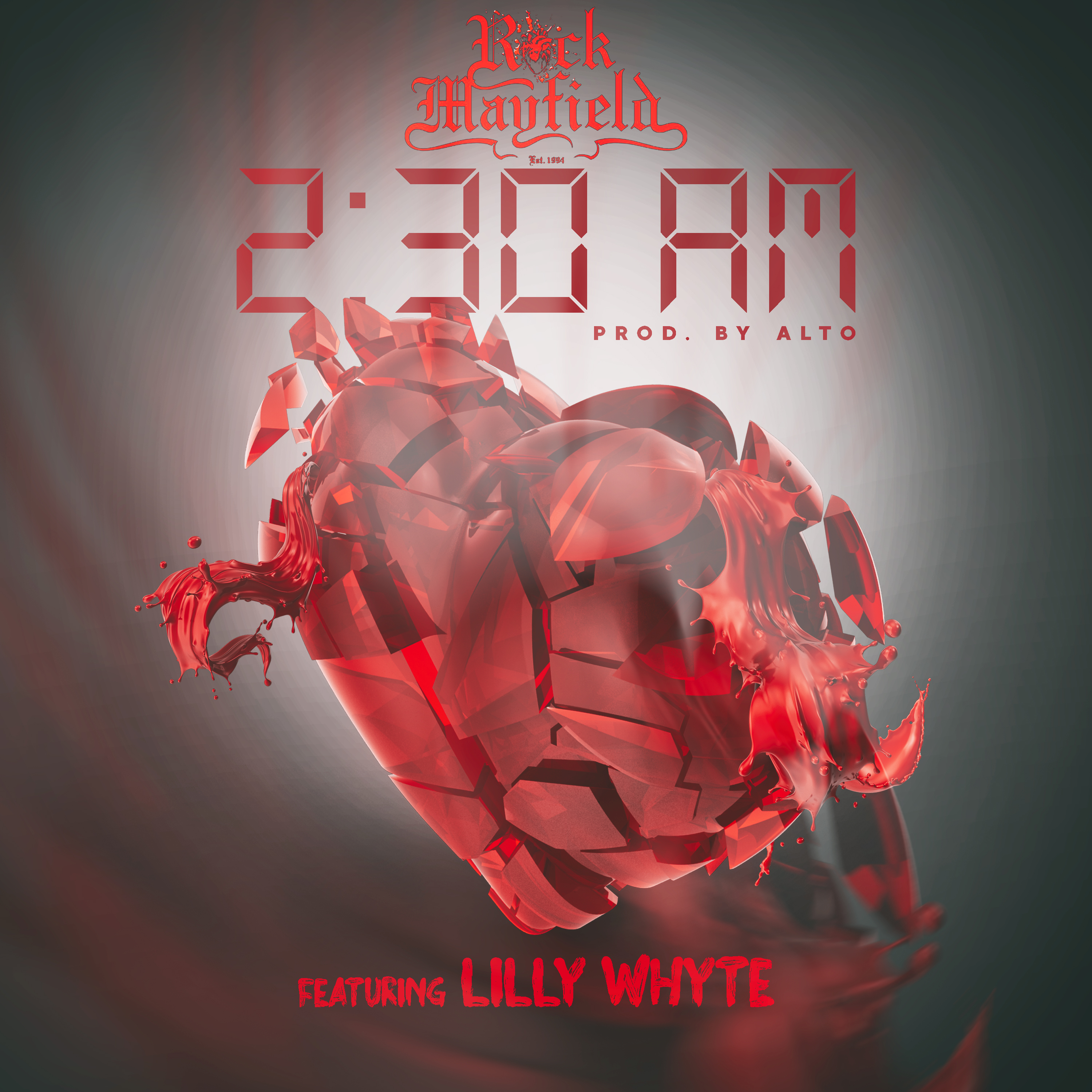 Listen to 2:30 AM Featuring Lilly Whyte by Rock Mayfield on #SoundCloud: