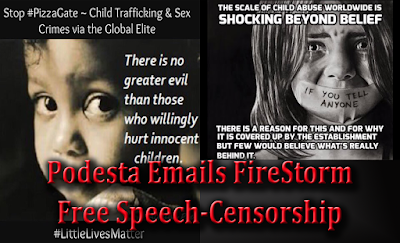 NB Commentary: By now it is clear that the so called 1st Amendment is in grave jeopardy. Not like it wasn't before but it has become blatantly apparent that it is seriously going down hill a thousand miles an hour.
Google, Facebook, Twitter and YouTube have all thrown their hats into the ring of fire. Censorship is ironically being championed by the very Social Media outlets that have made their billions off Social Media. 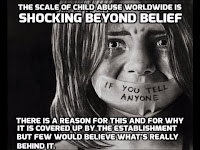 With the President weighing in on the threat of "Fake News" sites being an affront to Democracy, these wondrous outlets are browning their noses to keep in the good favors of the establishment while corporate media loses its grip on mass consumption. Day by day, little by little, sites are going down, one by one. And we thought the UN take over of the Internet was bad. We never guessed, or did we, that our favorite social media sites would turn us over to the Big Guys and shut us down.

As we all know, The New York Times is liberal propane a tool and today’s article calling VC’s article “fake news” is a perfect example of how the perverse elite network of child pedos will present a united front to discredit any effort that blows the whistle and publicizes their debauchary. This is what the owner of Comet Ping Pong meant when he arrogantly stated he wasn’t worried about anything because he has “community support” and is protected from the blowback. They have created this new topic “fake news” and included all real whistle blower efforts under this moniker to fool the masses who are still asleep. But those of us who are Awake know there is nothing fake about the numerous missing children and testimonies and allegations of children who say they have been mercilessly exploited by a network of powerful military, government, celebrity and wealthy elites.

Well folks, it's happened and we have Podesta to blame! Why did he do that? Couldn't he have created his own line of innuendos and analogies rather than using the tried and true ones that would lead him and us, straight to a pedophilia connection? Didn't he realize that we have active imaginations and would basically begin to surmise that along with pedophilia that these folks going to Abramovic's parties was gonna eat the pizza and the children too. Haven't we seen enough movies about this debauchery to believe it all to be true? And what about the underground tunnels? Wait, this isn't Gaza.
That poor ole construction company on the same block as Comet Pizza certainly has not inkling of what could possibly be going on behind closed doors, or inside the holes they are filling in, or opening up, which one is it, since they do both, I would imagine. I saw that in the movies as well. 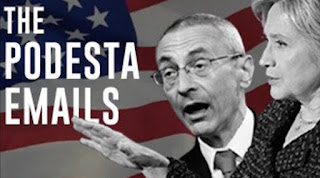 Can we get Podesta to erase all of his emails? No wait. He did erase some of them.
Then how did these get out? The devil is in the details. Podesta, were you being devilish or what?
Now, we, the innocent public and wanna be journalist, have to censor ourselves or be banned forever.  We are not faced with having to figure out a way to say it, without saying it.  You know, maybe we could come up with our own language. A Pizza with a line threw it.
Or maybe the word PEDO spelled backwards, with a line through it.
Let's use adult bodies with children clothes on it and put a line through that. Ha, that might be too risqué as we know that sometimes mean pedophilia as well.
Well, I guess we will just have to find alternatives to the alternatives and investigate and share our findings on other outlets. And I guess Google, Facebook, Twitter and YouTube haven't gotten the memo. Just like we found their social networks we can find others.
BTW, they actually banned Reddit and Twitter posters and their posts!!! Imagine that!! There are some folks in some really influential places who can pull some strings and get the job done. Too bad they didn't do that to the advantage of the people. Too bad it was done to cover their own dirty tricks and not to expose the real culprits, who are not the ones reporting it, but the ones hiding it.
Too bad the sake, life and mental health of thousands of children is not as important as their image, sales and profits. It's simply too bad and very, very sad.
Below, I have listed several sites that have not been censored.. So far anyways.
DC Pizza Gate: A Primer UPDATED 11/23
I’ve created this blog to share the information 4chan has collectively gathered and researched about a suspected pedophilia and human trafficking ring that we seem to have uncovered existing within our DC politicians and the elite class.
It all started with one incredibly suspicious email that had skeptics suggesting they weren’t actually talking about pizza, but rather in code. Here it is;
https://dcpizzagate.wordpress.com/
International Intelligence Expert, By Tom Heneghan
http://www.daretoreadit.com/id/54160/report-says-hi-society-sex-ring-could-ruin-many-dc-nyc-vips
The U.S. Military Flag Officers also have total proof that junior George W. Bush's war in Iraq was based on lies, was illegal and UN-Constitutional, and that the 9/11 BLACK OP attack on the American People was an inside job and an extension of the year 2000 electoral coup d'état, which allowed George W. Bush to illegally take power in the United States, then with the events of 9/11 declare "Martial Law" on American soil using the UN-Constitutional Patriot Act similar to Adolf Hitler's Nazi German 1933 "Enabling Act".
http://www.abeldanger.net/2016/11/2831-did-clinton-pride-of-8a-maids-use.html
BREAKING! HILLARY CLINTON PEDOPHILE RING INVESTIGATION LATEST! http://victuruslibertas.com
Daily Stormer
November 8, 2016
Really disturbing investigation into all the evidence linking Clinton and her entourage to pedophilia and child trafficking.
It’s ludicrous that such demonic people are being considered for the highest office in the land…
http://www.dailystormer.com/evidence-of-clinton-ties-to-pedophilia-ring/
A Treasure Trove of Information, Past and Present:
https://www.reddit.com/r/The_Donald/comments/5bpa7c/breaking_from_the_anon_who_brought_you_the_laura/
DC Leaks Pizza Gate: https://dcpizzagate.wordpress.com/
Wikileaks Podesta Emails: https://wikileaks.org/podesta-emails/?q=comet&mfrom=&mto=&title=&notitle=&date_from=&date_to=&nofrom=&noto=&count=50&sort=6#searchresult
ERIC PRINCE: BLACKWATER ON THE CLINTONS
http://www.breitbart.com/radio/2016/11/04/erik-prince-nypd-ready-make-arrests-weiner-case/
THE DC PEDOPHILE RING EVIDENCE
http://www.dailystormer.com/evidence-of-clinton-ties-to-pedophilia-ring/
DOJ INVOLVEMENT IN THE PEDOPHILE RING
https://steemit.com/wikileaks/@ausbitbank/besta-pizza-is-owned-by-andrew-kline-of-the-human-trafficking-prosecution-unit-of-the-doj-pizza-parties-exposed
http://stateofthenation2012.com/?p=56449
James Alefantis is the owner of pizza joint Comet Ping Pong, he is the romantic partner of former CTR director David Brock. Here is a link confirming this and showing them caught up with another individual in some kind of blackmail love triangle:
http://www.foxnews.com/politics/2012/02/27/media-matters-boss-paid-former-partner-850g-blackmail-settlement.html
BREAKING: From the anon who brought you the Laura Silsby connection: I have uncovered a pedophile with links to Hillary Clinton, Barack Obama, David Brock, George Soros, Marina Abramovic and the Podestas
https://www.reddit.com/r/The_Donald/comments/5bpa7c/breaking_from_the_anon_who_brought_you_the_laura/
BLOW BY BLOW DISECTION OF NY TIMES ARTICLE ON PIZZAGATE
https://voat.co/v/pizzagate/1428011

Editor’s Note
The following articles are provided for those who are new to PIZZAGATE. Each one offers a different angle on this rapidly unfolding “Greatest Scandal of the Third Millennium”.
Here are some newer posts on PIZZAGATE:
http://totalrehash.com/pizzagate-the-greatest-scandal-of-the-third-millennium/
Tags: alt-right, arabia, bill, children, clinton, comet, conspiracy, donald, epstein, fake
★
★
★
★
★
Votes: 0
E-mail me when people leave their comments –
Follow