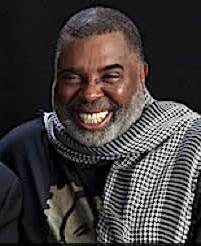 Plato Negro's Republic and Morality
There are those who claim we don't want a nation of saints or holy men and women. For sure, we don't need a theocracy, a nation ruled by the religious clergy. Iran has destroyed any desire for such a nation of religious purists, and the Taliban have put nails in the coffin. The pall bearers in Saudi Arabia make us repel at the notion of a nation under the rule of Sharia or Islamic law, and Christian America has negated any possibility of a theocracy in the name of Jesus. The Bible belt in the South is a land of ignorance no civilized human being would want to inhabit. Such mythological ignorance is totally unacceptable in the modern world of the new millennium.

Yet the secular nation is a travesty of morality with its notion of total freedom that is anathema to moral consciousness. For as the Pointer Sisters cried Free me from my freedom, the secular nation has failed to halt the animal nature of man from approaching the abyss, since he and she are now free to marry a tree, no matter that a tree shall not perpetuate the species, yet, in the name of freedom, one has every right to marry a tree.

We are taught about the balance, the Mizan, Ma'at, and other terms that denote avoiding the extremes, for it is the extremes that take us to the outter limits wherein we sink too deep to resurface and come up for air, thus we drown.

In our time, we have seen the revolutionary nations turn reactionary, repressive-- as oppressive as the regimes they overthrew. So what was the point of all the shedding of blood and bones? Only to change the names of the oppressor from white to black. Is a black hangman better than a white hangman?

You say morality should be a personal thing? But in recovery they say the addict affects seven other people, therefore our behavior affects others, it is not personal but communal. When my play One Day in the Life was performed in Brooklyn, New York at Sista's Place, Viola Plummer of Sista's Place said, "What upset me about the play is the selfishness of the addict in pursuing his goal of self destruction, totally ignoring the concern of those who love him."

Thus we are caught in a love net, connected with those we love and who love us, and therefore we must do our very best to honor and respect this love, for ultimately love is all there is. Once the sand drips out of the hour glass of love, the relationship in over, dead in the water.

And so we must strive to do good by each other, not harm, not abuse and terror. The recklessness and evil we subject each other to in our relationships must be totally unacceptable in the Republic of North American Africans.

This is why I call for a Republic of North American Africans with great caution, for no one that I know wants to be in a nation of nigguhs! Let me repeat, nigguhs! Nobody wants to be with nigguhs, not even nigguhs! Ask them, I beg you!

Ideally, it would be, yes, a nation of saints, but let's be real, few people are able to reach high spiritual consciousness. We are not talking about persons steeped in religiosity, quoting various scriptures in the variety of religions. But we are seeking persons with the spirit of the Divine in their heart and in their social activism to relieve oppression and suffering wherever it may be, first of all in their nation, yes, in the Republic of North American Africans.

Have we not seen enough of greed and materialism, and what is the end of this endeavor? What is the end of those who drown in trinkets and gadgets? Is it not insane to see the former revolutionaries in South Africa become billionaires while the masses are yet without housing, electricity, water, toilets, health clinics and schools. Yet you were a revolutionary, now you are a billionaire flying in your private jet while you people suffer ignorance, poverty and disease.

This is not the revolution we see for we have a Pan Africa full of such abject revolutionary failures. How can it be that out of all the nations in Africa that gained independence from colonialism, only Ghana is the example of righteousness and democratic consensus?


In America, we probably would have advanced our revolutionary national liberation movement had we practiced high morals, discipline and spiritual consciousness, honoring our ancestors, elders, the living and the yet unborn. But we disrespected all the above, submitted to our animal selves, shouted freedom, yet oppressed our women, beating them into submission when they spoke out against our moral and political contradictions. Why are we beating them, they cried as our children watched in horror, why don't you go beat the white man?

So how can we move forward to the next level with the ghosts and demons not exorcised? We are like the dope addict who lives in denial that he has a problem, yet the community can see he has turned into a zombie of himself, a skeleton of the man who used to be the hero, come to save us all.

In short, there can be no Republic of North American Africans who insist on maintaining the immorality of their wretched past in the wilderness of North America. No, no, no, it must not be that kind of party. That party is over. You can't enter the Republic with negrocities, only if you are prepared to enter recovery. You must be prepared to detox, recover and discover your divine mission in life as a spiritual being in human form.
--Marvin X
6/27/10
★
★
★
★
★
Votes: 0
E-mail me when people leave their comments –
Follow