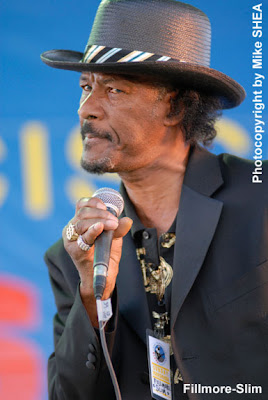 I am not a pimp. I am a hustler, sometimes a trick. A hustler waits for no one to bring his money, he gets his own. It is beneath his dignity to wait or depend on a woman or anyone to get his hustle going. All he needs is product, almost anything will do, even a roll of toilet paper he can hustle. But the pimp's thing is women, he considers himself their manager and they consider him the same, usually by mutual agreement, often by torture, kidnapping and exploitation, including mind control, deprivation of sleep, food and isolation.

Having never been a pimp, I cannot speak with total authority, although I have been around pimps off and on my entire life, from growing up on 7th Street in Oakland to hanging with pimps in New York. My brother's claim to fame is pimping. He never desired anything else in life but pimping, as a result his life has been pimping and prison, nothing else. I have been deprived of his brotherly love because of his pimping and prison life.

Many of my friends were pimps, including some of my Muslim brothers who said they made their ho's make salat or prayer before they went out on the stroll. I was around Muslim pimps on the east coast who had their women selling bean pies and whoring to buy Crack.

More recently I had the pleasure of meeting several pimps-in-recovery at my theatre in San Francisco's Tenderloin district when we produced the Black Radical Book Fair in 2004. The pimps included Fillmore Slim, Gansta Brown, Jimmy Starr and Rosebud Bitterdose. They claim to have given up pimpin and have indeed written books and films on the gospel of the game.

In the case of Fillmore Slim, he is still greatly respected as the godfather of pimpin, especially on the West coast. He hooked up with me to see if I could help him get the message to young people that pimpin ain't easy and there's a price to be in the game. If you willing to pay the price, then go for it, but just know you are going to pay. Fillmore paid with several prison terms.

He says these young brothers call themselves pimpin but ain't hardly pimpin, ain't doing nothing but messin up the game. Don't have no style, no class. If you saw the BET awards last night, Prince was the only artist with class, the others looked like bums and derelicts, especially the hip hop brothers. As Fillmore said about young pimps, they don't know how to dress. And he said they most certainly don't know how to treat a lady. They want to beat women. He said they don't understand if they don't beat her, she might come back. They want to kill another nigguh if she runs off with him. This ain't part of the game. Don't be killing people, he said, like you own the woman. You don't own nobody. When she choose you, she with you, when she choose somebody else, let her go. Fillmore said these young nigguhs act like they in love. And keep a night job, he says, because pimpin ain't easy.

Young brothers so close up on the ho a trick can't get to her. And the nigguh look more like a woman than the woman. You don't know who to turn a date with, the pimp or the ho. He got earrings in both ears, blond hair and pants hangin off his behind, living at his mama's house, pimpin on a bicycle. Nigguh please.

Pimp like Bush. Get you a real ho like Condi Rice that can ho all over the world, that can serve presidents, prime ministers, generals. Dr. Bey used to say, "If you going to do something, do it in a big way." Some would say Dr. Bey did right and wrong in a big way (may he rest in peace). And my daddy said, "If you gonna be something, be the best."

The white man is the world's greatest pimp: he pimpin you and yo woman, but you don't have a clue. On BET last night he pimped some of our greatest artists, had them parading as nothing but naked whores.

Nigguh pimps got babies on the street, eleven, twelve and thirteen. What they know about ho'in? They don't know how to put a rubber on a nigguh, let alone give head. They need to be in school. Get their GED. And the pimp needs to go with them to get his. Imagine the social consequences of over a million children dropping out of school each year, over 50% of them. Society, including the school, the religious community and the politicians are responsible for children choosing the pimp life, especially when our nation needs scientists and engineers if we are to have a future beyond pimpin and whoring.