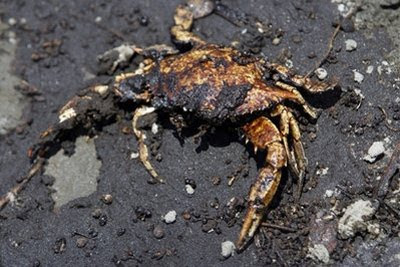 Don’t act like you don’t know what a nigguh is, don’t go there because you know very well what a nigguh is because morethan likely you are the very essence of a nigguh, especially you nigguhswho say don’t say nigguh, many of you have been the most niggardly inyour behavior. Some of you who are now so holy have a history of killingnigguhs, robbing and raping nigguhs, doing the most horrible things tonigguhs, but now that you see the light you want to play holy joe anddemand people not say nigguh. Well, nigguh, go say that to the peopleyou robbed, murdered, raped, sold drugs to, pimped til their drawersfell off. Tell those people don’t call you a nigguh and see what theysay. When we asked nigguhs to hug a thug, theysaid, “I’m not hugging no thug, I’ll slug a thug!”

As Dr. Cornel West told the NAACP, how you gonna have a funeral to bury the wordnigguh yet you still act like nigguhs. More recently, your behavior wasvery niggardly in regard to selling out to Wells Fargo after you suedthem for robbing nigguhs with their sub-prime loan scam, but for a fewdollars you allow them to sponsor your national association of nigguhsconvention!

misinterpreted, misdiagnosed. Nigguhs have their own interpretation and definition of the English language, yes, it’s calledNigguh English. And half the words nigguhs use they don’t understandthemselves, they just, in the words of ancestor James Brown, talkingloud but saying nothing. For example, I asked an OG nigguh is he arooster or a hen? He replied just like an ignut nigguh, proudly, “I’m ahen, pimp!” James Brown said, “Loud and wrong!”

The best thing to say to a nigguh is nothing, absolutely nothing, or as the Hadithtells us, “When you see the ignut say peace!” Even and most especiallywith your loved ones, it is best to just be silent or say peace. Iremember asking a brother why he had to ask his wife whether he couldcome to an event. He didn’t even answer, he simply held up two fingersfor the peace (in the family) sign. He’s right, if you want peace, don’tsay shit, be silent.

I adopted this policy in my relationship with a female and it worked perfectly, because I saw no matter what I said to her waswrong, taken negatively, sparking an argument that was not myintention. So I just shut up or shut down. What’s the use when every andanything I say is wrong. If I should say, “I love you,” it is taken thewrong way or I must define what I mean or give a rationale for my pastbehavior going back forty years.

Some hip hop youth asked me to intervene with a male/female problem they were having, so I called a meeting. The twowomen and one man came for mediation. In short, the young man got downon his knees to apologize but was rejected, down on his knees pleadingfor forgiveness. One thing about nigguhs, they don’t forget or forgive,at least not another nigguh. Now they rush to forgive the white man forkidnapping, raping, robbing, mass murdering and enslaving them for 400years. Yes, they want to let bygones be bygones with the white man. Theyrecently were rewarded with a plague for building the nation’s capitol.Imagine, they were rewarded but no awarded one nickel. At the ceremonythe nigguhs were told their slave master was paid five dollars a monthfor employing his nigguhs. Amiri Baraka tells us not to accept rewards,only awards because that’s the money, as in reparations.

At the same time we forgive the white man, a nigguh will never forgive anothernigguh. If you do the slightest thing to a nigguh, he’s ready to kill.Remember, we used to get killed for stepping on a nigguh’s shoe. We usedto get killed for calling a nigguh black.

Now that the hip hop generation has made nigguh a universal, multiracialterm, plus a billion dollar word, nigguhs don’t want to say nigguh. Isaid it before and I’ll say it again, Nigguh please!

See his The Psycholinguistic Crisis of the North American African, In The Crazy House Called America, essays, 2002, BlackBird Press, Berkeley.