"Overcoming Political Impotency in the Ghetto with Goodwillism", my third e-book in the trilogy, "Leave the Rat Race to the Rats" has been released. 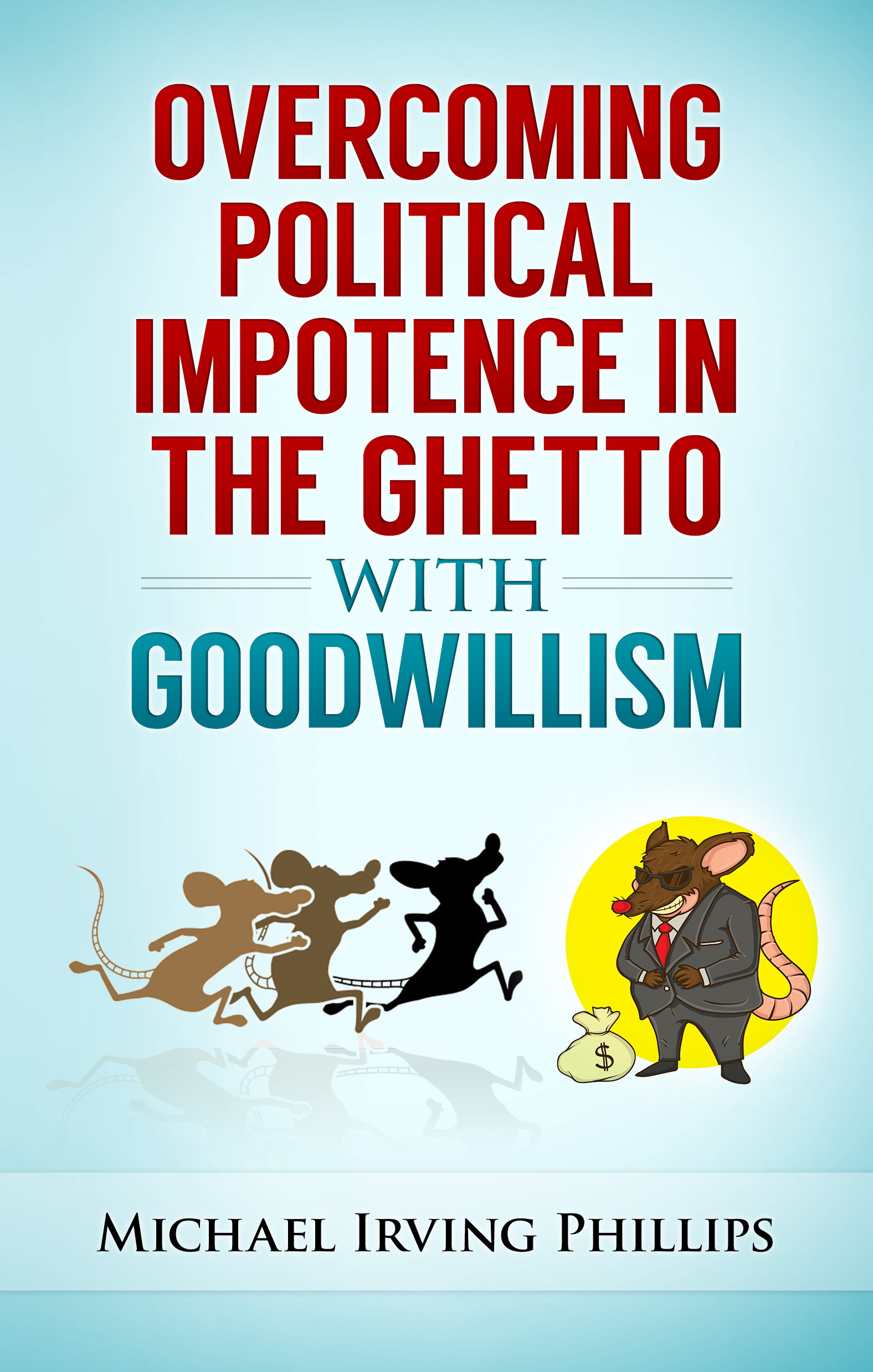 Let’s be brutally honest. The rat race has been catastrophic. Our American democracy is in shambles. This is no accident, but is the result of a deliberate calculated plan by our un-elected  rulers, the 1% richest people in America. They dictate to us, the hapless 99%.  So, instead of government of the people, by the people, for the people, instead we have government of the 1%, by the 1%, for the 1%. Because of this 1%, Americans are suffering from  ED (election dysfunction) resulting in political impotence.  The Goodwill Revolution is the political Viagra that will restore their potency. Political impotency is at its worst in the ghetto.  Too long the ghetto has been ignored and forsaken because of this. By rejecting the rat race and adopting  goodwillism we will mobilize the ghetto and change that completely. “Overcoming Political Impotence in the Ghetto With Goodwillism” will show us:

★
★
★
★
★
Votes: 0
E-mail me when people leave their comments –
Follow
Posted by Michael Phillips