0
"I believe the ability to think is blessed. If you can think about a situation, you can deal with it. The big struggle is to keep your head clear enough to think." The Midwest is flat. And it's hard to think in a flat place, where life is two dimensional, where people have width and length and no depth, where when you fly in from the 3-D world you tend to feel a moment of panic above the runway gazing out of the cabin porthole at surrounding fields, roads, and distant horizon beneath a sky not held up by anything.

No mountains in Michigan to hold up the sky. In the past, whenever I flew back from New York state where I lived for most of my late twenties  RICHARD PRYOR
that panic was quite keen: In New York state I got used to the mountains and hills, the texture of the landscape there, where the end of the ice age and the retreat of the ice gouged serious character into the landscape with receding glaciers that cut lakes, ravines, rivers, escarpments, and valleys across the upstate wilds, the Finger lakes, for instance, crawling across the land into the mountains. If the Midwest is flat, then too is Detroit, so much more so.
I'm from the Midwest so I ought to know, and on top of that I have been lucky enough to escape the midwest and have traveled--traveled the United States and also traveled the world (did most of my traveling when I was a relatively privileged graduate student and I often have the experience while teaching, of watching my students' reactions to what I say about having traveled. YOU? they seem to be thinking. You're Black, and from here. Black people and people from here never go anywhere).
The term is bucolic. Another term is provincial. Yet another is middlebrow. The ultimate term is unimaginative.
I suppose what this little rumination all comes down to is the way that Richard Wright fled the United States like an egle with its tail on fire, and never, ever, no ever (NEVER ever??) yeah, N-E-V-E-R 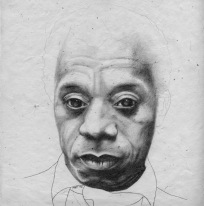 came back. James Baldwin said, when an interviewer asked him if his family had a sense of what a great writer he would one day be, "No, in my family nobody ever thought anybody was going to be anything."
The de facto attitude my college and university students here in the dregs of Detroit have (well, some of them, not all of them) toward my trying to actually teach them something is akin to the suspicion the fascists felt toward 'degenerate art' (modern art--Jewish art) and degenerate science (modern physics as formulated by Jewish physicists): that I am being 'uppity', 'arrogant', and 'crazed' (there is a rumor, in short, that SOME people are claiming that material relaity is made up of tiny little spinny things called 'atoms' and that
JAMES BALDWIN
these so-called 'atoms' are themselves made of 'quarks'. Ahhhhh, G'wahhhhn! Gehhh-dou-tuh hiiiyuhhh!). I mean, it's just crazy to tell young people they should read books, isn't it, when the 'University' of Phoenix, Kaplan 'University' and Phil Bogbutt Technical matchbook College 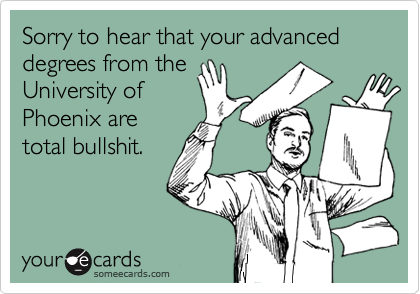 all tell young people they can get a four year college degree in six months online in their underwear in bed while eating Domino's pizza, it's just plain backward to expect anybody to read books, right?
The attitude of students and jive ass administrators toward true education...(okay, the administrators have just hot key linked their asses out of here and gone to MYTWITFACE to twit their resumes now, I should think so we can relax) is that I and my colleagues who try to teach are insane.
Students themselves behave as if something criminal is being done to them when we seek to teach them things about about grammar, syntax, rhetoric, figurative language, history, economics, physics, chemistry, biology, dramaturgy, celestial mechanics, Negritude, philosophy, string theory, comic books, Bogart films, Miles Davis, Wole Soyinka, Chet Baker, Angela Davis, logic, Keith Olbermann, the fountains of Rome,

fractal mathematics, geology and plate tectonics, Maria Callas as Maddalena singing La Mamma Morta; Richard Pryor on his album "Bicentennial Nigger, Paul Robeson singing for the Communist Party in Upstate New York before going into exile in his family;s basement after his passport was taken, Dachau and Auschwitz, Danger Mouse and Ceelo, and Kate Hepburn when she was young and sharp as hell trading twos and trading sixes with Cary Grant in "Philadelphia Story" and the long, long, opening racking shot at the beginning of Orson Welles' "A Touch of Evil, rather than slavishly following the zombie roadmap set out by asinine petty bourgeois administrators hell bent on transforming college education and working class intellectualism (ala 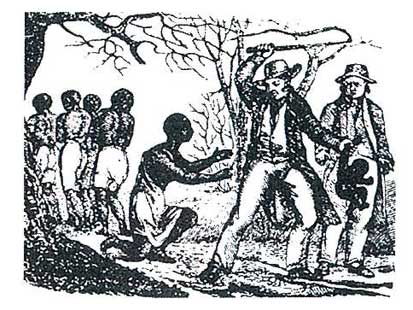 Gramsci's idea of the 'organic intellectual') into second rate mediocre job training; their attitude is
someting like 'Nigguh, please. Who do you think YOU are??"
How dare you expect anything of us, Professor Waller?
You know. What most oppressed people would say if they were ever to meet Jesus of Nazareth.
That's exactly the attitude of the other slaves toward Nat Turner
when he began to talk about rebellion, which is exactly why he ordered his followers to "Kill them all. Kill the men, the women,the children, kill the babies. Kill the chickens." That's why Castro's revolutionary government executed the former capitalists and slave owners as soon as the revolution took power, and why the Egyptian people better do some version of the same to the former torturers and abusers and corporate lords once they succeed in kicking Mubarak out of Egypt.
It's the only way to be sure.
Tags: baldwin, callas, college, james, maria, mubarak, nat, nigguh, phoenix, pryor
★
★
★
★
★
Votes: 0
E-mail me when people leave their comments –
Follow