Abode of the highest point on Earth Mt. Everest and home to the ten tallest mountains on Earth, Nepal is Himalayan heaven. 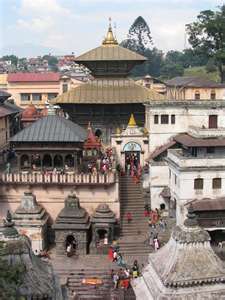 Landlocked between India, china, Bhutan and Tibet on its four sides, this beautiful country rightly nicknamed ‘Roof of the world’ was closed to tourists until 1951 which contributed largely to its mystique in the west. This magnificent tiny country’s eighty percent part is covered by the dramatic peaks of Himalayas. Backpackers arrived in this country heavily during the hippie revolution spanning over the sixties and the seventies.

There is no denying in the fact that Nature has been partial to Nepal for its beautiful, unbelievable, varying topography. This tiny landlocked region picturesque topography spans from the Himalayas in its north to the Terai region in the southern part used for agricultural production. The terai is now called the bread basket of Nepal. Its northern part is sparsely populated with the ten tallest mountain peaks located in the region. Vegetation is little here and the mountains are covered with permanent snow fields which makes them a perfect setting for skiing, mountaineering and other adventure sports activity.

In the central region lies Kathmandu, the royal capital. Going by the history, facts say that Kathmandu is the abode of the largest of the ancient royal palaces. Now a fully urbanized city, Kathmandu still retains its old world charm that allured thousands of hippies and backpackers from the west decades earlier. The Durbar Square of Kathmandu is an awe-inspiring cluster of ancient temples, palaces, and courtyards and the site has been declared as one of the UNESCO world’s heritage sites. Out of all the stunning Places to visit in Nepal, Kathmandu is a must explore place. Once in Nepal, don’t forget to pay your respects to the highly revered Swayambhu Stupa which offers unmatched views of the city and the freak street, the historic home site of the yesteryear hippies.

Tourism in Nepal is catching positive vibes from all over the world since 2011 has been declared as the tourist year of the country. 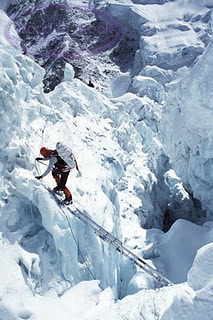 Get ready for the Temple overload and the taste of the Newari culture and visit the cities of Patan and Bhaktapur that reflect the vibrant Newari culture and craftsmanship and house a jaw dropping more than 600 stupas. The traffic-free paths in Bhaktapur make it a delightful voyage. One of Other top tourist destinations in the serene valley of Nepal is Pokhara, a romantic city that also represents the gateway to the Himalayas to the mountaineers. To get the panoramic views of the majestic mountains of Himalayas and the terrific Terai Plains, visit the township of Tansen. The nearby Gorkha town offers some fine scenery.

Lumbini, situated in Nepal, the birthplace of Gautam Buddha also attracts chunk of visitors every year of whose the monasteries are the most popular. Boudhnath Stupa, Machendranath Stupa and Swambhunath are some of the popular Stupas in Kathmandu. The temples are said to be the sacred shrines of the Hindu diety Lord Shiva and are visited by a major number of people throughout the year.

Mountaineering in Nepal is also one of the most intriguing features of the varying topography of the Roof of the world. Hitch a ride to top of the peaks in the region; enjoy a classic trek along the Annapuna circuit and to the Everest Base Camp in the Gokyo Valley.Visit Nepal and savor the beauty of land of mystique and colors.