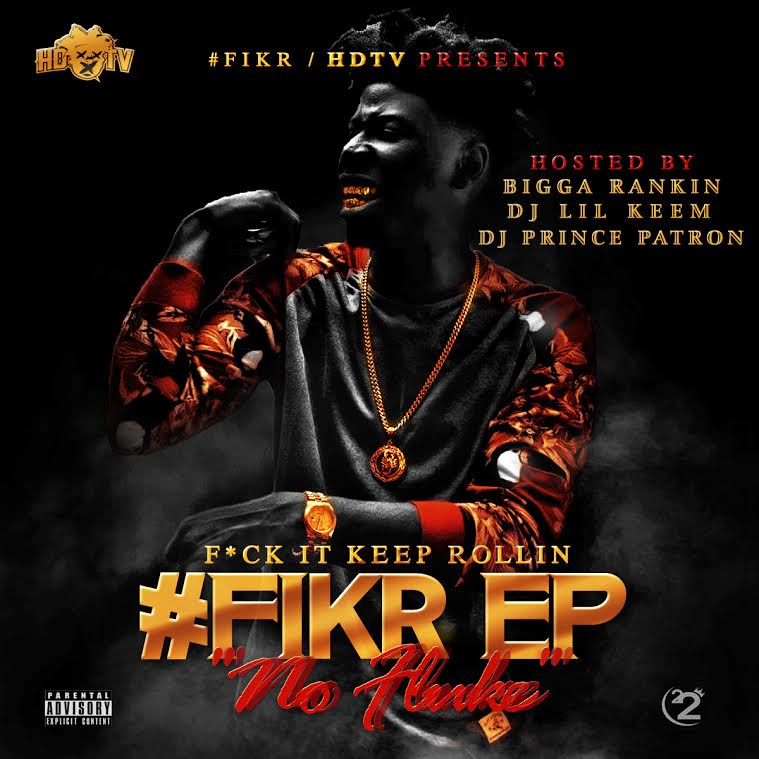 24 year old Artist HDTV,  real name Keon Kennedy is from the West side 103rd street area of Jacksonville Florida bka Duval County. "Life was life and Im grateful for it but im gonna relay real life- we pride ourselves on authenticity" as HD stated in an earlier interview for Void Magazine.

FIKRNation and  #FIKR (Fuck It Keep Rollin) is a trademark phrase synonymous with the music as he always references his music to progression or 'No Fluke'. While a gifted senior in high school and still heavily in the streets as most youth were around him, During 2008-09 HD managed to rack up a list of hefty felonies in a shooting episode which almost ended his life and put him away for an extensive long time. Signing a plea agreement as a youth offender for 0-5 years for (4), 2nd degree shooting Felonies got him a stand still situation serving time from the week of his high school graduation throughout the next 18 months serving over a year stent incarcerated in an array of state facilities and a stiff community control upon release. He then went to stay with his mother and family in Fort. Lauderdale and Miami Florida. Within a few months after his release in 2010 and upon court order of him to leave Duval County, he made the decison to move to Tallahassee to pursue school. While there he linked up with 2 fellow artists and a DJ from Duval County and continued his passion of music. It was there where he would get his first taste of breaking in main stream clubs and DJ's spinning his records consistently. "Dj's like DJ Loosekid, DJ Shab and former DJ Lil Stanley were instrumental in breaking me as an artists to my peers and playing my records in clubs when people didn't know I made music". It was also there where he would end up finding out he had a son on the way to be born in Orlando Fl. After feeling as if the process of making musical progression was moving rather slow HD made the decision to leabe his circle and friends and move to Orlando to be closer to his son and pursue a stronger push as a fully independent artist. Here he linked up and caught the eye of Grammy-Nominated producer Ayo and began to write music as well as work with sum of Orlando's hottest Artists like Woop & RichGang's Caskey. After non-agreements to distribution deal offers from labels like Bungalo Records, Universal and Management companies while struggling to make ends meet HD and a 2 hour conversation with Atlanta's Hip Hop Veteran Coach K, from then he began to assemble his team, what would be known as #FIKRNation and travel to work with names like Bankroll Fresh, Peewee Longway, Bankroll PJ etc. While still a rising artists HDTV is set to make a major splash on the industry. While its almost impossible to confuse how HD looks with anyone, his trademark ad libs and distinct flow set him far apart and his sound different from anything out. When asked he says "The hardest thing about doing it is maintaining at the same time". For now all we can do is tune in and wait and see, but in the meantime FIKR ..