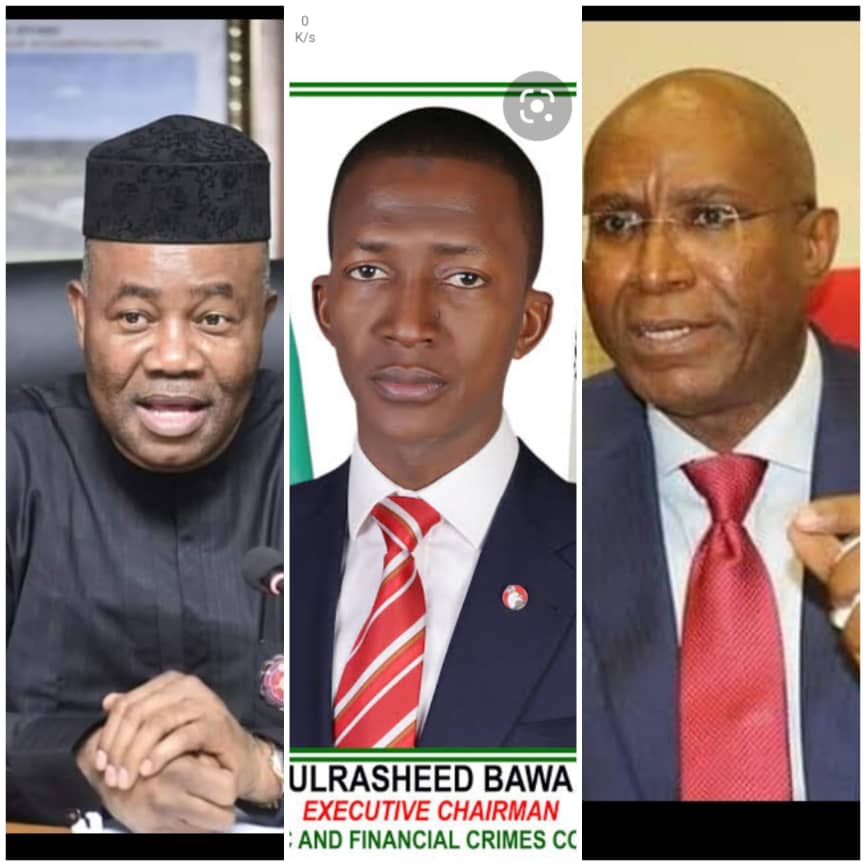 It's simple: Those who diverted the statutory 3% of Oil funds of NDDC to EFCC/NDDC Account with over $200m sitting idly there are behind the latest story on Akpabio and the EFCC ordeal.

Payments that ought to go to Nddc in the last days of Magu were forced to a special account tagged NDDC /EFCC joint account!

The masterminds who intend to nominate their crony as Managing Director of Nddc hope to keep the account growing pending when they have their way.

Akpabio's attempt to compel the new Nddc Chairman, Bawa to release the said monies to the Nddc account domiciled at CBN had been misconstrued by a section of the media, with no appropriate investigative skills, and relying on sponsored reports have gone to town with a false tale of the events in the past few days, with regards to the scheduled meetings between Akpabio and Bawa.

Of course, gullible Nigerians and entertainers in the social media without any means of verifying the report are busy painting the street red with the falsehood churned out by non other than Sowore's Sahara Reporters.

It's high time Nigerian Politicians became more proactive than reactionary. The Minister of Niger Delta Affairs, Senator Godswill Akpabio, who is one of the few politicians who are always in the eye of the storm should know that their political enemies are never sleeping or stopping at pushing out dirt even where there is none.

The Minister's visit to Bawa should have been preceeded by a Press Release or Conference, informing Nigerians on the challenges the embattled Commission under his supervision is currently facing, as it affects the deliberate seize of statutory funds meant for the development of the Niger Delta.

That would have been going ahead of your critics and political enemies to establish the facts of the matter before the reading public gets it twisted as it is now. That also would have saved him the stress of reacting to the negative diatribes of those behind the latest scandal of purported bribery.

In any case, who should have blown the whistle of attempted bribery of the EFCC Chairman better than the EFCC spokesman?
If Akpabio was actually invited, questioned or detained for 2 hours over the alleged crime, let Philp Uwajaren, spokesman of EFCC speak up.

It is becoming increasingly difficult to be a Public Servant in Nigeria. I do not envy those in power!

Why is no one asking the real question of who Masterminded or ordered the diversion of statutory funds from oil companies, from the Nddc account to Nddc /EFCC account?

They are now jittery that Akpabio may win one more time!

I rest my case.