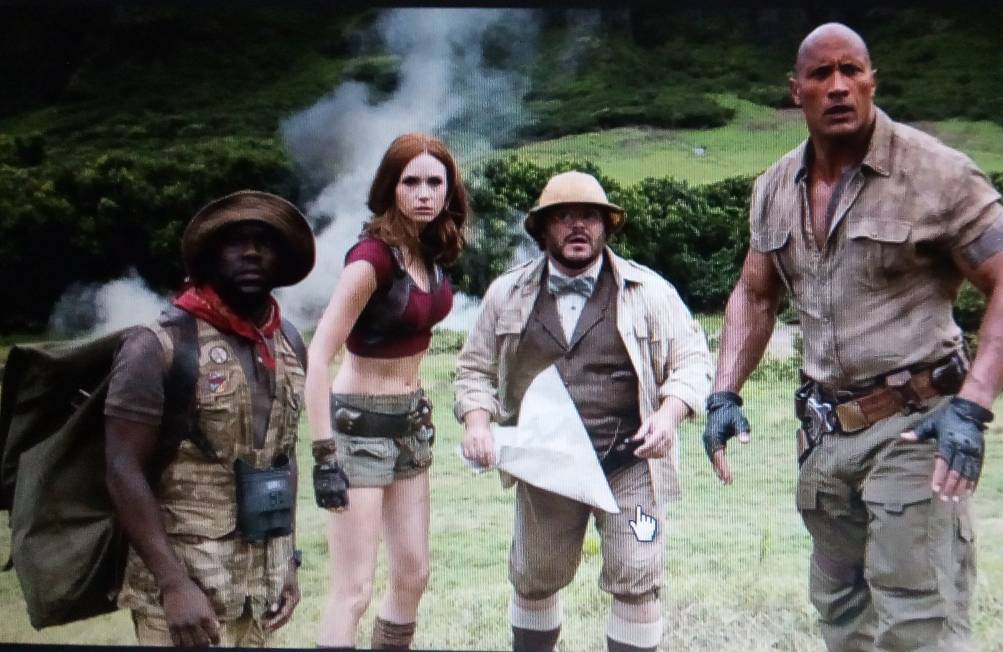 on has expressed profound excitement as he heralds to the world that the new Jumanji movie turns things around as its characters are made to go to the jungle, a sharp contrast to the plot of the original movie where the jungle comes to the characters.

The strength of this movie lies in many fronts: from the real jungle setting, to exotic plot; from stunning stunts to badass humour; from mind blowing set designing to top of the world cast interpreting head-turning roles, you will simply swoon taking a cinematic dose of this magnificent motion picture wonder.

The movie’s treatment of characterization comes with such humongous space for self-expression, psychological exploration, and maintains a believable affinity with spiritual and physical realities which many movie makers find daunting to toy with. All the characters are evil with humour even when they seem to be innocently performing an action or verbally responding to a simple comment. One would think that the characters would not be able to respond well because they are trapped in strange bodies. They respond uniquely and personally to the challenges of the roles. It’s not something easy to combine the seriousness of an action/adventure movie with the unseriousness of comedy. Still, the movie is a comedy with plenty of kickass action.

“I love movies like this – I’ve always wanted to make a big adventure movie,” Kasdan, the director says.

The characters giving this movie such entrancing liveliness include, Dwayne Johnson who plays the smoldering Dr. Bravestone. Kevin Hart plays the diminutive Moose Finbar, an arms valet and zoology pundit, and Dr. Bravestone’s side kick. His power on set comes from his humour. Jack Black admits this when he speaks of Kevin’s penchant for comedy. “It’s kind of awesome to be in a movie with him, although I did feel some pressure to be funnier a little more often.  It was like, ‘Damn, I’ve got to pump my game up.”  Jack Black plays the role of a teenager in a man’s body. Karen Gillan plays Martha. In the game, she is Rubby Roundhouse, who brings to effective use her terpsichorean and martial inclinations in the interpretation of the role. The interesting twist to the characterization is the fact that each major character is interpreted by two different actors as they are different people in physical world and the world of the game. Wow! The director calls it “a dream cast.”

Welcome to the jungle. Jumanji is more than a movie; it is an orphic cinematic representation of our lives. You will be pleasantly overwhelmed with its thematic verisimilitude.