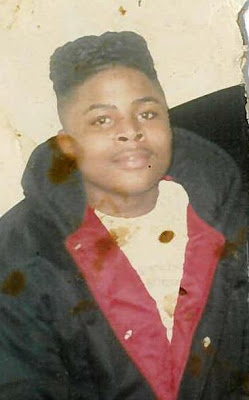 Reynolds Wintersmith is the only known juvenile, first-time offender in the United States who is serving a mandatory federal life sentence for a nonviolent drug crime.

Reynolds Wintersmith has been locked away in federal prison for nearly two decades. He has never been convicted or even accused of violence. Wintersmith’s crime was that, when he was just 17, he joined a drug ring in the Rockford, Illinois area. Shockingly, Wintersmith was a first-time offender with zero criminal record when he stood, confused and scared, before the federal judge who sentenced him to die in prison. In 1994, the law required a mandatory life sentence, even though the judge wished there was some other option:

“In your particular circumstance, as I said earlier, you were 17 years old when you got involved in this thing. . . And under federal law, I have no discretion in my sentencing. Usually a life sentence is imposed in state courts when somebody has been killed or severely hurt, or you’ve got a recidivist, that is, a defendant who’s been convicted time and time again. This is your first conviction. . . I think it gives me pause to think that was the intent of Congress to put somebody away for the rest of their life. But, in any event, it’s there.”
Reynolds Wintersmith’s mandatory life sentence is fundamentally unfair.   Non-violent highschoolers should not be permanently banished from our society for a first-time drug offense. In a historic ruling last year, the Supreme Court declared in Graham v. Florida: “The Constitution prohibits the imposition of a life sentence on a juvenile offender who did not commit homicide.” Less than one month after the Supreme Court’s Graham decision, on August 3, 2010, President Obama signed the Fair Sentencing Act, which was designed to reduce harsh federal drug sentences. Reynolds Wintersmith is still sentenced to life in federal prison, even after the Supreme Court’s Graham decision and the Fair Sentencing Act. Federal courts have repeatedly refused to allow him any opportunity to benefit from positive changes in the law.
Justice has already been served. Even though he faces a mandatory life sentence and without any certainty that he will ever be released, Reynolds Wintersmith has made exceptional strides to become a remarkable human being. He has completed many college courses. He is certified by the U.S. Department of Labor as a Teacher’s Aide and tutors other inmates about how to further their education. He is a certified victim impact counselor. He is a prisoner companion for the federal inmate suicide prevention program. And he is a federal community reentry mentor who counsels prisoners about how to be productive members of society when they are released. Ironically and unfortunately, community reentry is not an opportunity Reynolds shares with the prisoners he mentors.


Permanent banishment is not the answer for nonviolent juvenile first offenders. Reynolds Wintersmith is the face of a flawed “War on Drugs” and the excessively harsh juvenile sentencing practices that were a collateral consequence of that war. He is also a face of maturity and rehabilitation.  It costs the federal government $27,000 per year to keep Reynolds Wintersmith in prison. Taxpayers will have spent millions of dollars to keep this juvenile, nonviolent first offender locked up. Reynolds Wintersmith's case boils down to a single, fundamental question: Should a 17-year-old kid with no criminal record be permanently banished from society for a first-time, nonviolent drug offense?

If you believe the answer to this question is NO, then the Justice For Wintersmith Coalition wants to  hear from you.