Egypt, the abode to one of the oldest known world Civilizations, is still one of the most intriguing tourist destinations on earth. Ancient, Archaic, Enigmatic, these are the words that define the origin of human civilization. 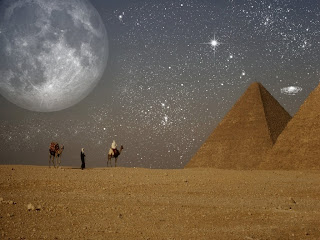 More than three millennia old, the remnants of the civilizations talk to the strangers and tourists come flocking in from all across the world. Its grand marvels, the gigantic pyramids reminiscent of the era gone by have already made it of keen interest to the Archaeologists, historians, travelers, vagabonds across the globe. From its iconic pyramids, vastly spread desert to its gorgeous Mosques and legends associated with the Land of human’s premier civilization; everything about Egypt just makes it more and more mysteriously exciting.

Egypt lies in the north eastern part of Africa and is bordered by Libya, Gaza strip, Israel and Sudan. It has shorelines on Mediterranean and the Red Sea. Egypt is in fact a desert and out of its total area, only 3.5% is cultivated. Egypt’s topography is not diverse but its natural chattels are just as mesmerizing as another high tech land with diverse topography would be. Egypt is the beginning of the civilization we have ushered into and it offers some remarkable glimpses inside the era gone by. Its iconic archaeological monuments need no introduction and have been a driving force after several motion pictures, Historical studies and have provided imminent clues to peep into the lives of our ancestors who ruled the world.

The Pyramids in Egypt have now become its trademark, its identity spot, and the most recognizable sights across the globe. Also the only survivors from the ancient Seven Wonders of the World, the gigantic, humongous, haunting pyramids of Egypt are a major attraction for tourist. The pyramids comprise three main pyramids of Giza namely the pyramid of Khufu (Cheops), the pyramids of Kafhre and the pyramid of Menkaura. Right on the front is situated the Father of Terror, Sphinx. These enormous carvings redolent of the great civilizations never fail to fancy visitors.

The pyramids are not the only delight Egypt offers, this erstwhile kingdom of the greatest pharaohs offers much more. The capital city Cairo is exotic, chaotic, and strangely mesmerizing. The capital city, Cairo, is another crowd puller among Egypt Tourist Places. Medieval Mosques, Egyptian style churches, medieval Bazaars, pulsating streets of the capital city just add spice to its existing beauty. In luxor, roam inside and around the temples of Abu-Simbel and take a stroll down the valley of the kings and sense the royal air. 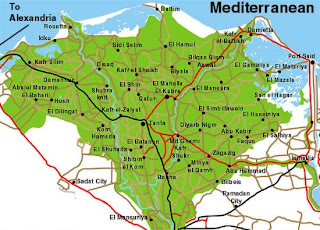 Take your next stop at Aswan, and be ready to get surprised by some more shockingly enormous and well-built pieces of wonderful architecture in the form of ancient temples and monuments. Visit the Geiziret El Nabatat(the Island of Plants).

Pamper yourself in the famous extravagant resorts at the Sinai Peninsula and indulge in sightseeing at the Mt Sinai and St. Catherine’s Monastery. Visit Memphis where old relics have been kept preserved. Shop in the Kan el Khalili, an open air market in the old Cairo, Dive into the red sea, go steamboating on the traditional Feluccas on the legendary Nile. No matter how much is said and briefed about Egypt, Egypt Tourism is something that will always be an integral part of a true destination hunter’s list.

The land of Pharaohs and pyramids, Egypt is a manmade marvel, truly worth one visit. So plan your trip today and savor the Egyptian delights.