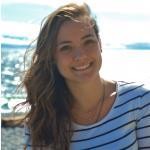 Environmental racism is a subgroup of environmental justice, or "the fair treatment and meaningful involvement of all people regardless of race, color, national origin, or income with respect to the development, implementation, and enforcement of environmental laws, regulations, and policies" ("What Is Environmental Justice?"). It calls for a complete lack of discrimination in environmental law as opposed to an enforced equality. In relation to this, environmental racism can only be abolished if there is a lack of discrimination based on race in the exposure of populations to hazardous pollutants. If there were a deliberate equity of exposure, it would not be any better. It is only through a complete absence of the consideration of race that it can be fixed. In this essay, I will address the presence of ER in Canada and explain the effects of it. I will then focus more narrowly on a specific group to demonstrate the implications of ER and then compare it to ER in the United States.

The study of environmental racism (ER) has been active in the United States since it was first introduced by Dr. Benjamin Chavis in 1982. Dr. Chavis was an assistant to Dr. Martin Luther King Jr. and was thus inspired to work on the civil rights movement. He defines ER as "racial discrimination in environmental policymaking that results in the deliberate and disproportionate exposure of racial and ethnic minorities to toxic and hazardous environmental conditions" (Chavis). In the United States, the racial groups most affected by ER are African Americans and Hispanics; if applied to Canada, First Nations are predominantly affected.

The United States is most active in the discussion of environmental racism, so it is important to compare Canada's version with it. The United States suffers from discrimination predominantly against African American and Hispanic low-income families and individuals. This is demonstrated by how they are either convinced by their real estate agents to purchase a home in an area close to the ghetto or are more likely to have their communities rezoned by discriminatory all-white committees, resulting in the development of industry near their homes (Checker 15). Low wages in these areas coupled with a lack of decent education prevents African Americans and Hispanics from gaining the opportunity to leave their contaminated communities (Checker 15). This is the result of deep-set discrimination that has spanned generations in the United States. Ever since the civil rights movement, there have been positive developments in regards to all areas of racism, including environmental; yet, its effects are still being felt today.

In Canada, we see a different kind of struggle. Canadian First Nations are recognized under the Constitution of Canada as self-governing, which "injects an additional component of violence, repression, and state terrorism that is largely absent from cases affecting visible minorities in the United States, where even violence takes on quite different connotations and has no component of national self-defense" (Westra 103). From this, one can easily see something that may have gone unnoticed: the discrepancy between the struggles of minorities in the United States versus those of Canadian First Nations. First Nations were the original North Americans; they were not imported as slaves, nor did they emigrate from other countries, so their struggle is tied intrinsically to the land in Canada. Additionally, First Nations are spiritually connected to the natural world, resulting in a consecration of religious sites when areas are polluted. Therefore:

The result of many of these disruptions is water contamination. Water quality crises have affected some First Nations communities for over a decade. As of 28 February 2014, there were 92 First Nations communities under a drinking water advisory in Canada (Health Canada). These advisories are due to pollution in the water, bacterial contamination, or algae growths; they range from a warning to a complete "do not consume" mandate.

Unfortunately, due to the isolated nature of most First Nations communities, the water advisories are less likely to be addressed than in more populous areas. In the case of Walkertown, Ontario (a predominantly white municipality), an E. coli contamination in 2000 led to "a highly publicized and formal public inquiry [which] resulted in new provincial drinking water legislation and new investments in water treatment technology" (Patrick 386). Contrastingly, Neskantanga First Nation in Northern Ontario has been on a boil water advisory since 1995 (Vowel). The duration of most First Nations water advisories often last longer than a year (Health Canada), which could be very disruptive if that advisory was "do not consume," which it sometimes is. The fact is, First Nations communities find themselves with low water quality due to many factors. Sometimes, it is just the water's natural bacteria levels that cause these advisories, and other times it is directly due to contamination in the area from pollution. Either way, the Canadian government is much quicker to investigate water quality in municipalities that are not First Nations and is less likely to invest in new water treatment plants in these communities.

Kashechewan is a First Nations Community in Northern Ontario, located on James Bay coast of the Hudson Bay. In 2005, they had a water-quality crisis that led to over 800 of the community's residents being evacuated. This crisis was caused by an E. coli contamination in the water, which was in turn caused by the failure of a chlorine pump in their subpar water treatment plant. Instead of receiving funding for a new plant, the troubled community received a recommendation from the federal government: to move their entire town to the nearby city of Timmins, which has higher-quality schools, hospitals, and water (Curry). This suggestion in itself demonstrated the lack of understanding the federal government has for the importance of land in First Nations culture.

The water treatment plant in Kashechewan - when working - was effective in keeping the tap water at an acceptable level of cleanliness; however, it is what it was trying to keep out of the water that brings us back to environmental racism. Kashechewan is located at the junction of the Albany River and the James Bay coast. The town is on the south side of the river, just across the Mekopaymuko Channel; inland a mile or two there are two sewage lagoons that drain into the Albany River. The pollution leaks into the water from these lagoons, which then flows into the water around the town and becomes one of the major causes of contamination in the water (Dhillon). The location of these lagoons is suspect: there is nothing else in the area, so why locate them where they would come in direct contact with the town's drinking water? Whether through negligence, ignorance, or a deliberate act, the placement of the sewage brings to attention the problems faced by remote First Nations communities.

Faced with a broken water treatment plant, Kashechewan had a problem. How would they afford a new system? In 2011, the reservation had 1,900 residents, with 40 babies being born every year (Stastna). In 2005, the median income for First Nations people living on reserves was $19,000 (Statistics Canada). Kashechewan easily needs more housing for the number of residents it has, but building new homes is not an option for the community. Due to the Indian Act, aboriginals are treated as children of state; their homes are built on Crown land, which means they do not own their property and therefore cannot apply for normal bank loans and mortgages (Stastna). The water treatment plant was only a decade old and had undergone a half-million dollar renovation just a year before. When it was built, it was placed 135 meters downstream from the sewage lagoons, thus being directly in the contaminated flow below the release point of the lagoons. The Ministry of Aboriginal Affairs initially funded and planned this sewage treatment plant, paid for the renovations, and even spent a quarter-million dollars flying in bottled water to the reservation after the water was contaminated ("Ont. Reserve Decries First Nations Water Crisis"). This leads one to question why the Ministry of Aboriginal Affairs would allow for a water treatment plant to be built in such a contaminated spot. It seems unavoidable that this would eventually cause a leak resulting in a polluted water supply for the area.

When one considers Dr. Chavis' definition of environmental racism, it becomes apparent that this may be at play in the instance of Kashechewan. The placement of the facility appears to be a deliberate and disproportionate exposure of the residents of Kashechewan to hazardous environmental conditions. Because the land here is not owned by the First Nations people who live on it, they have no say over where the plant is placed. By choosing to place a sewage lagoon so close to the reservation and then later placing the water treatment plant downstream from it, the Canadian government has failed the residents of Kashechewan.

As mentioned above, ER in Canada cannot be separated from land ownership and sovereignty, because it directly affects ER. This is visible in the instance of Kashechewan: it is a result of the Indian Act that they do not own their land, and are therefore unable to choose the location of their sewage and water treatment plants. Not only has the government failed them in its laws, it has failed them with its actions. This would not be a problem if the Ministry of Aboriginal Affairs chose a more logical placement for either one of the sources of contamination. It is through a blatant disregard for the health and wellbeing of the First Nations people of Kashechewan that the Ministry allowed for this to happen.

Comparing environmental racism in Canada to its counterpart in the United States is difficult. Instances such as Warren County differ so much from ones like Kashechewan; this becomes apparent when we consider the nature of the injustice. In Warren County, NC, a private PCB landfill site was used to illegally bury 60,000 tons of contaminated soil in the predominantly black community. In Kashechewan, the Canadian government placed a water treatment facility in the direct path of contaminants from a sewage lagoon, resulting in the infection of residents when the subpar treatment facility broke. In the United States, the injustice was done publicly and was protested all along. It was also remedied and decontaminated in the following decades, becoming a main contributor to the environmental justice and ER movements. In Canada, the injustice is still ongoing and is widely unknown outside of the small community of Kashechewan. It is not protested by anyone but the residents, and it has yet to be rectified. While the circumstances in Warren County affected many more people, it does not mean they are worse than those in Northern Ontario. It is a different type of ER that is seen in Kashechewan, and that is what makes it frightening. It is under the radar and ongoing due to the inherent racism in Canadian laws and policies like those found in the Indian Act.

Environmental racism in Canada affects many First Nations communities across the country. It is widely seen in the contamination of water on reservations due to pollution by logging, hydraulic fracking, or sewage. It is based on and supported by laws that have been in effect for over a century, and will continue to affect these communities unless something is done to stop it. The most effective way to stop environmental injustice and racism is to raise awareness. If Canadians worked together and spread information about the terrible conditions in so many First Nations communities instead of focusing on the problems in the United States, perhaps they could fix what over 100 years of government discrimination through the Indian Act has caused.