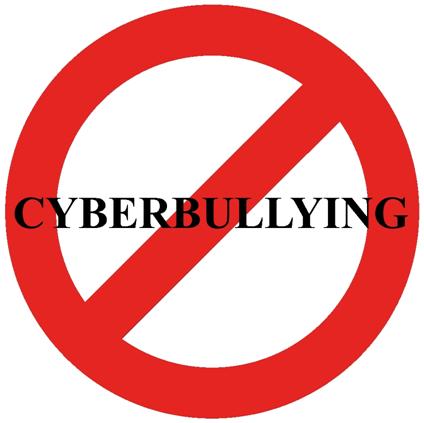 The open dialog continued further with Bullying, Stalking, and Cyber Stalking. This spoke to me on a very personal and burdening level and couldn't miss this opportunity to share my experience live on-air for anyone else out here who has been through similar. It is not a secret, especially to those who know me personally that I've been a major music fan of Miguel since I learned about him back in Spring of 2011. I had just departed my job for changes that were occurring in my life that prevented me from continuing and was at the lowest I could possibly be. My father had passed in 2008 and the truth is the recovery was still in limbo. Going to college didn't pan out the way I had hoped so here I was not sure where to go to next. After seeing what looked to be a bald young Indian guy in a video on VH1 Soul titled "All I Want Is You" my curiosity went through the roof when I saw the name, Miguel. To make a long story short when I had my opportunity to go to one of his concerts I had befriended another major fan of his in Atlanta. We went together, had a blast, then went to the Velvet Room for the after-party hoping to catch him up-close there. While we were hanging out I snapped a quick shot of her while she was texting a friend. Little did I know what would come of that one single snap-shot the following week.

From randomly browsing my photo albums I had noticed comments being made about the picture from people I had never seen before. I've never had to adjust my security or privacy settings for photos I've posted on Facebook so what was happening were comments coming from people that knew her because I tagged her in the photo. After scanning through them I noticed the despicable and crudely personal comments being made about me as if they were part of my everyday life ranging from my facial features to my sexuality, they knew nothing about. Some would say it was the worst thing I could've done, but from quick response I fired back dissing the individual for saying nasty things. It set the fire that didn't seem to end...

Not being more suspicious that this so-called "friend" had over 5,000 friends I never would've expected the lashing that came out from these anonymous people. Females and males alike attacked me in all the ways a person can be  bashed and belittled. I used to think if cyber bullying would ever happen to me it wouldn't affect me because I considered myself older, wiser, and more stronger in myself from what I've been through but I was wrong. It started to take a psychological affect on me without me realizing how serious it was. A harmless playful picture had me questioning if what I did was deemed a certain way. My inbox, before Facebook allowed it to be open for anyone not only your contacts to send messages, was being bombarded with long crazy hate messages. Not only that, I would receive these follow-up messages about a particular person being terrorized and also stabbed, yes 'stabbed', by the supposed "close friend" of the "friend" that they thought was me. It was beyond incomprehensible. It was like a crazy movie that somehow I stumbled into. Without sharing any other information, my twitter was hacked into causing me to create another password. My mentions had more hate messages and it lasted for a couple of weeks after blocking every person that was going this deep and reporting it to Facebook and Twitter. A few straggling messages would appear out the blue but after close to a month it all stopped. To make matters even worse when I brought it to the "friend's" attention she acted as though she had no idea what was going on. I knew it was suspicious right then! 5,000 friends and you don't know that they're sending someone you went to a concert with attacks and threats.

She sided with her posse believing it was something I had done to provoke them to act insane. I gave her the opportunity to vouch for me and she didn't because like a coward she retreated in the dark somewhere with me having to figure out what the hell was going on. She didn't call me, she text, and I made it short and to the point. Her response was way less than satisfactory so our interaction ended right there. It wasn't until 8 months later as I was checking my e-mails did I notice a message from her. Opened it and saw that it was a long apology with a history behind the individual who went on a tirade defaming my character. I've learned so far in my life that holding onto anger will only shorten life so in the back of my mind I had forgiven her and already moved on. If friendship was her expectation after that whole nearly traumatizing ordeal she had to be nuts. There was no way on this green earth that I would associate with someone who is connected to those kind of people. It was something I had never seen before and frankly believe was evil. Even though she had these people apologize to me their apologies meant nothing. This was a cult. It was something unreal. I deleted their messages and swept it all behind me. There was one that wouldn't leave me alone because I didn't respond to her e-mail so I told him everything was fine and I would contact her. I never did and don't intend on it. There's some things you have to leave alone and not ever deal with again. If you were in this situation what would you decide to do? Share your thoughts Kool World, we need to create an open dialog about these deplorable issues facing us everyday. Thank You For Tuning In.