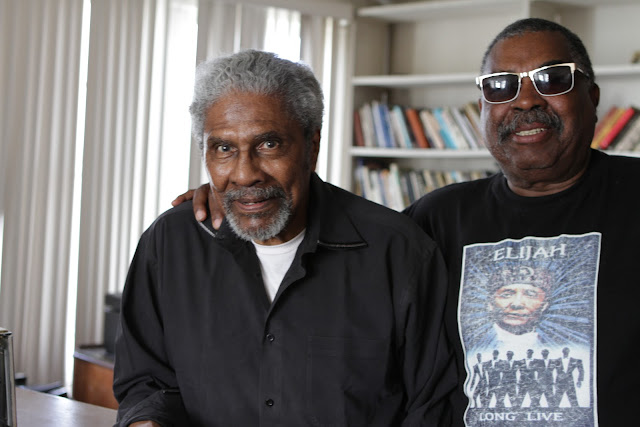 Dr. Nathan Hare, first Chair of Black Studies on a major college
campus at San Francisco State College/University,
Sociologist and Clinical Psychologist.  Dr. Nathan Hare
and his student/associate Marvin X. Marvin X was part of
the initial visionary students at SFSU. He was a TA in the
English/Creative Writing Department, later taught in Black Studies
and Radio/TV Writing in the Broadcasting Department. 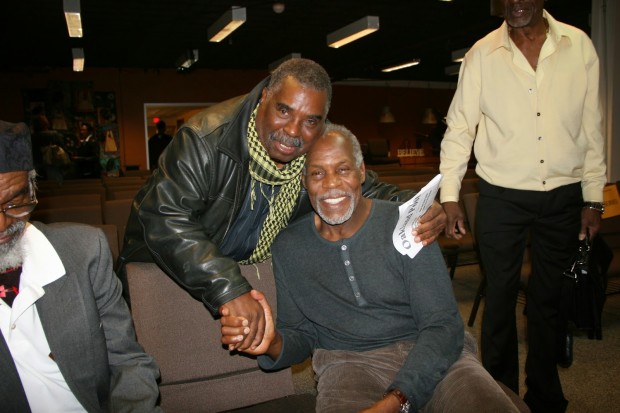 Marvin X and Actor/activist Danny Glover were fellow students at SFSU. Danny also performed at
Marvin X's Black Arts West Theatre, Fillmore District, San Francisco, 1966.
After a lunch meeting with San Francisco State University former student leaders in the struggle for human rights that led to the longest student strike in American academic history, 1968, Marvin X agreed to write the long awaited untold story. Former student leaders Bernard Stringer, the first to graduate with a degree in Black Studies and Black Students/Third World Strike leader, Benny Stewart, said Marvin was chosen not only for his writing ability but because he is an alumni of San Francisco State College/University, 1964-66, 1972-74, B.A., M.A. English/Creative Writer. As a student, he was part of the transition of the Negro Students Association into the Black Students Union that eventually led to the Black and Third World Strike for the establishment of Black and Ethnic Studies, the first on the campus of a major American university.

The Untold Story is a long awaited project of the SFSU/BSU leaders and strikers. Part of the delay has been due to an attempt to keep the mission of Black Students hidden after the Tenured Negroes or Neo-colonial elite took power in conspiracy with their academic masters, resulting in the critical concept of Black Studies connected with the Black Community being eliminated. At San Francisco State University the radical faculty was removed, most importantly,  the first Chair of Black and Ethnic Studies, Dr. Nathan Hare who possessed a PhD in Sociology and today a PhD in Clinical Psychology, acquired after he was white-listed from American academia because of his radical Black consciousness.

Marvin X says the Untold Story is an awesome task because while the focus will be on the student struggle at San Francisco State University, it cannot be disconnected from the National Black Liberation Movement, the Black Arts Movement, the Black Panther Party and other cultural formations such as the US organization, which grew out of the Oakland African American Association founded by Attorneys Donald Warden, Donald Hopkins, activist Paul Cobb, entrepreneur Ed Howard, et al.

Much of the research has been done by Bernard Stringer, strike leader, body guard of Dr. Nathan Hare, and, again, the first student to receive a degree in Black Studies at SFSU. Bernard has many archival materials from the SFSU Black student struggle. Marvin X also has the archives of Dr. Nathan Hare who was the focus of the strike for Black and Ethnic Studies that caused the SFPD to violently attempt to crush the strike, at the invitation of SFSU President S.I. Hayakawa, a Semanticist described by Muslim linguist Aaron Ali as, "An oriental with an occidental mind!"
★
★
★
★
★
Votes: 0
E-mail me when people leave their comments –
Follow