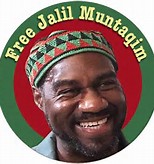 In seven years, by 2023, the U.S. will be 40 percent minority, and 50 percent of the entire population will be under 40 years old. These are the demographics that cannot be ignored as progressives move forward building opposition to institutional racism and plutocratic governing.

In my thinking, it is incumbent on today’s activists to take into account what America will look like in ten years, so we will be better positioned to ensure the future will not be governed by deniers of change. In this regard, I am raising dialogue toward building a National Coalition for a Changed America (NCCA) comprised of social, economic and political activists who are prepared to build a future-focused America based on equitable distribution of wealth. It is important that progressives seek the means to organize greater unity and uniformity in ideological and political objectives toward the construction of a mass and popular movement. It is well established that the most pressing issues confronting the poor and oppressed peoples are wage inequities, housing displacement, dysfunctional public schools and student debt, climate change, the criminalization of the poor, mass incarceration, and the militarization of the police. In each are negative racial and economic implications creating social conflicts and confrontations.

However, the most pervasive and devastating cause for all of these issues is the unequal distribution of wealth. It is well researched and recorded that the wealth disparity, income gap between whites and blacks is 40% greater today than in 1967, with the average black household’s net worth at $6,314 and the average white household’s at $110,500 (New York Times, “When Whites Just Don’t Get It,” by Nicholas Kistof). When we account for how such economic disparity impacts educational opportunities or criminal behavior in the black community, we are better able to identify the overall pernicious problem. The Brookings Institute reported last July that: “As poverty increased and spread during the 2000s, the number of distressed neighborhoods in the United States—defined as census tracts with poverty rates of 40% or more—climbed by nearly three-quarters.” The report continued: “The population living in such neighborhoods grew by similar margins (76%, or 5 million people) to reach 11.6 million by 2008-2012.” (New York Times, “Crime and Punishment,” by Charles M. Blow).

Obviously, America is in increasing economic crisis, especially when considering … “According to a recent paper by the economists Emmanuel Saez of the University of California, Berkeley, and Gabriel Zucman of the London School of Economics, almost all of the increase in American inequality over the last 30 years is attributable to the “rise of the share of wealth owned by the 0.1% richest families.” And much of that rise is driven by the top 0.01%. “The wealth of the top 1% grew an average of 3.9% a year from 1986 to 2012, though the top one-hundredth of that 1% saw its wealth grow about twice as fast. The 16,000 families in the tiptop category—those with fortunes of at least $111 million—have seen their share of national wealth nearly double since 2002, to 11.2%.” (New York Times, “Another Widening Gap: The Haves vs. the Have-Mores,” by Robert Frank).

Can there by any serious disputing the reality that this so-called democracy is actually a plutocracy, and the governing plutocrats have us all hustling and scraping for the crumbs, demanding a minimum wage increase, when we should be demanding control of production? Hence, it is necessary for progressives to realize the future of our struggle must be based on participatory democracy, direct-action engagement. It is important for the more educated and experienced activists to teach the younger activists, and young people in general need to know the future belongs to them, and we are concerned about what that future will look like and how to make it productive. It is essential we figure ways to bridge differences between the evolving demographics and growing minority population.

For instance, I am heartened to see young people taking to the streets challenging the common impunity of police repression and violence. Indeed, Black Lives Matter! However, I am not confident these protests will result in anything substantial in terms of institutional changes or build a sustainable movement. We remember Occupy Wall Street (OWS) had created similar national attention, but void a national organization, leadership or agenda (demands), it was a matter of time before OWS would dissipate and disappear after police removed the public nuisances.

In this regard, I am asking activists to post on their Facebook pages and other online sites these musings, for open discussion and dialogue. Specifically, I suggest that young people across the country enter open debate about the future of specific issues that have captured national attention. Obviously, it is necessary to build a mass and popular movement to effectuate real institutional change in this country. This was a vital lesson from the civil rights movement challenging the institution of Jim Crow. Therefore, I am urging young activists to consider organizing toward a “Million Youth Independence Day March” (MY-ID March) for July 4, 2016, in Washington, D.C., making the following demands:

These three issues, as they become part of the national dialogue and challenge to the plutocratic government, are able to unite a universal national determination. A one-issue protest/campaign is not sustainable when confronting an oppressive/repressive government policy supported by right-wing corporate interests. However, these interwoven issues reach three demographics of young people, each directly challenging institutions of government. Again, it is important to use the current unrest to forge a unified and uniform national youth movement.

Secondly, politically, we need to consider how best to ensure these issues become a major factor in the national debate, possibly imposing them into the national election of 2016. In this way, inspiring and encouraging a mass and popular youth movement organized during the election year of 2016, we empower the youth to be future focused. It is well established that it was the youth who were instrumental in getting Obama elected as President. Despite our collective disappointment with his presidency, the lesson learned is the power of the youth when united and determined to accomplish a task. Again, recognizing that in 7 years the electoral demographics will be drastically changed, it is time to prepare for that eventuality, even if some do not believe in the electoral process. Therefore, during the election year of 2016, not a single candidate will be permitted to conduct a public forum without being challenged by these issues. These would be acts of participatory democracy and direct-action engagement. Obviously, to hold a national rally and march in Washington, D.C. during the July 4, 2016 weekend tells the entire country that young people will divorce themselves from the status quo, becoming independent of the Republican/Democratic party politics.

In closing, it is anticipated this proposal will raise questions concerning the potential for the development of a National Coalition for a Changed America (NCCA). Permit me to say that this proposed organization is only a suggestion. I firmly believe that building a national coalition is necessary to establish a mass and popular movement capable of forcing institutional changes, including the ultimate goal of redistribution of America’s wealth. I request this paper be widely distributed and discussed. I am prepared to enter discussion with anyone interested in the potential development of a National Coalition for a Changed America. Lastly, I humbly request activists to review what I wrote in “Toward a New American Revolution.”

“Our First Line of Defense IS Power to the People!”

Remember: We Are Our Own Liberators!