Tweet
Share
Promote 0
Movement Activists Violently Attacked at Atlanta Conference
On Saturday, August 8, 2015, a group of six Black Liberation Movement activists were violently attacked at a downtown Atlanta hotel. The group included members of the Free The People Movement, including their Coordinator, Kalonji Jama Changa, members of the Nation of Gods and Earths and Dhoruba Bin Wahad, the internationally recognized former Black Panther Party leader and political prisoner of 19 years. The group was jumped by 25 to 30 members of The New Black Panther Party at “The Power Belongs to the People 2015 Summit” in Atlanta, Georgia, an event hosted by the New Black Panther Party. 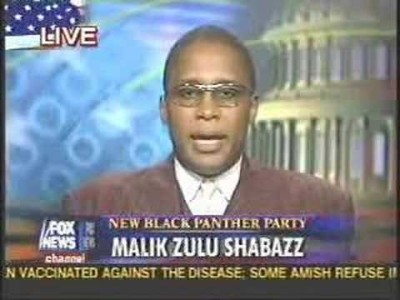 According to eyewitnesses, 71 year-old Dhoruba Bin Wahad and the others approached the side of the stage where attorney Malik Zulu Shabazz was speaking. While standing there, Shabazz, leader of the New Black Panther Party asked, “Who is that?” Bin Wahad replied, “You know who I am!” Shabazz responded “WAHAD! We’ll deal with you later!” Bin Wahad countered with “You can deal with me now…” Knowing that Dhoruba Bin Wahad was there with information that would publicly expose Shabazz’s government affiliations that contradict his stance as a Nationalist and activist for Black liberation, Shabazz immediately ordered the NBPP members in attendance to “Get his b*tch ass out of here!” At that point the whole group was mobbed and violently attacked by at least 25 members of the audience.
As they defended themselves, the men were struck with chairs and other objects. Bin Wahad’s jaw was broken in three places, one of his associates was choked unconscious and others received head gashes that required staples.
As of this release, Bin Wahad is undergoing a 6-hour surgery to reconstruct his jaw and the others have been treated and released. More details will follow as information is gathered.