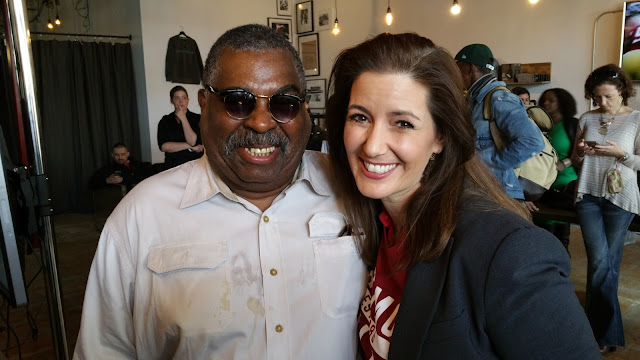 NFL running back Marshawn Lynch graduated from Oakland Tech High School. Mayor Libby Schaaf thanked him for giving back to Oakland with his Beast Mode store. Marshawn and his partners, Tom Henderson and Samuel Taylor, are in the development stage of launching its collaborative brand of performance athletic footwear and apparel. The Beast Mode is located in Old Oakland at 811 Broadway, between 8th and 9th Street. 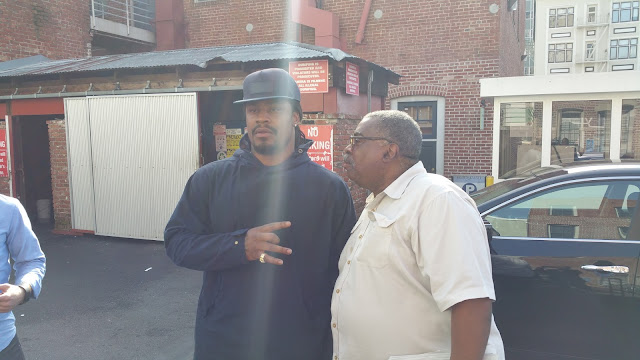 Marvin and the BAMBD planners intend to meet with the Mayor on the BAMBD plans, outlined in the Feb. 3-9, issue of the Oakland Post Newspaper:

1) Land placed in a trust not subject to gentrification and developers;

2) The city’s Race and Equity Department to help stop displacement and ongoing evictions, including the Oakland Post News Group and the Betti Ono Gallery;

3) Displaying the BAMBD flag throughout the corridor; 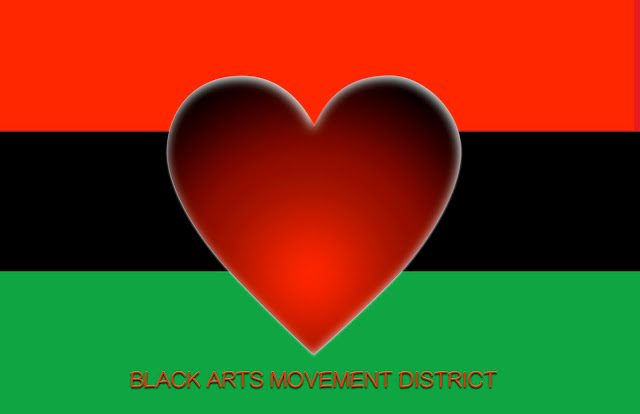 4) An immediate moratorium on rent hikes and evictions in the BAMBD corridor;

5) The city to immediately permit members of the BAMBD to vend along the corridor as a sign of entrepreneurship;

6) The BAMBD must have housing, not only for artists but workers, elderly and the marginalized. Those SRO hotels in the downtown area should be acquired with BAMBD residents awarded Life Estate titles--this would end homelessness overnight; and

7) A $1 billion dollar trust fund so we can acquire and secure the necessary land and properties for the BAMBD and provide loans to business persons in the district.

BAMBD planners will invite the Mayor on a Black History walking tour of the BAMBD with City of Oakland Tour Coordinator Annalee Allen. The tour will be held from 10a.m. to 11:30a.m. Wednesday, Feb. 17. If you would like to join the tour, please call 510-238-3234 or email Annalee Allen at aallen@oaklandnet.com. 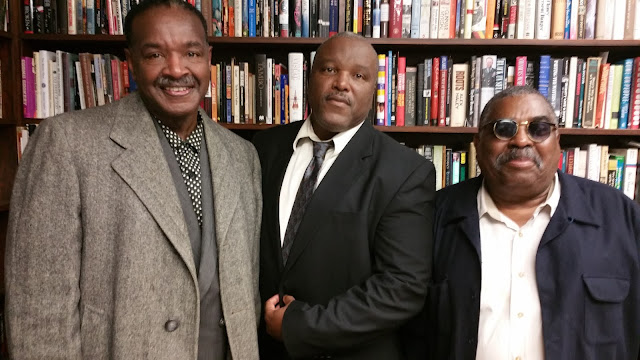 After meeting the Mayor at Marshawn's, later in the afternoon, Marvin and Paul Cobb informed Geoffery Pete, owner of Geoffery's Inner Circle, that his venue will be an essential part of facilities BAMBD will utilize for meetings and performance space. Paul reminded Mr. Pete that the City of Oakland spent millions renovating the Fox Theatre, so with his venue a key spot in the BAMBD, we will discuss with Mayor Schaaf how to get his building renovated so it can be a critical venue in the District, along with the African American Library/Museum, where BAMBD plans to have office space. They will meet with the head of the Oakland Public Library next week, Mr. Gerry Garzon.

On Saturday, the peripatetic, indefatigable  Marvin X will participate in a visioning session at the Flight Deck, one of the theatre venues in the BAMBD, presently home of the Lower Bottom Playaz, founded by Dr. Ayodele Nzinga, Marvin X's star student when he taught in the theatre department, Laney College, 1981. Dr. Nzinga recently completed the ten play cycle of plays by August Wilson. She is the only director and producer of the ten play cycle in chronological order.

The Future of the Arts in Downtown Oakland: A Creative Visioning Session
Oakland is changing. We all know it. Buildings are going up, businesses are opening,
new people are moving in, and some folks who have been here for a long time are getting
pushed out. There’s a sense of opportunity and a sense of fear. Who will get a share of
the new prosperity? In Oakland, like in so many urban areas, artists have been central in
making the place desirable - so often, people mention diversity and arts & culture when
they say what they love Oakland. But as new money comes in and rents rise, artists and
arts organizations are often some of the first to be displaced. At this moment when so
much is changing for Oakland, and when the city is creating a new Downtown Specific
Plan, how can we make sure that the arts remain at the center of public life in Oakland,
and that they continue to grow and thrive in ways that are equitable and rooted in
Oakland’s rich culture and history?
As the opener to The Flight Deck’s annual Accelerator event on February 6th, we are
inviting our guests to join in a visioning session on the future of the arts in Downtown
Oakland. Experts in various fields will provide context and give their perspective on
these issues, and then participants will work in groups to creatively develop a vision for
placing the arts at the center of public life in Downtown Oakland’s changing landscape.
The process will marry elements of ensemble theater techniques and urban planning
design charettes. This session will serve as a pilot - an experiment in process that could
be duplicated in other contexts if it is effective.
Time: 5-6pm
Saturday, February 6, 2016
Panelist Arrival time: 4:30 pm
Facilitator: Anna Shneiderman, Executive Director, Ragged Wing Ensemble & The Flight
Deck
Host: Lina Buffington, Interim ED of Missey, Board Vice President, Ragged Wing
Ensemble & The Flight Deck
Panelists:
 Council President Lynette McElhaney
 Alicia Parker, Planning Department
 Robert Ogilvie, Executive Director, SPUR Oakland
 Lindsay Krumbein, Executive Artistic Director, Gritty City Repertory Youth
Theatre