America, we have a problem: Homelessness is out of control 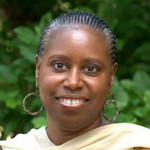 After serving in the Georgia Legislature, in 1992, Cynthia McKinney won a seat in the US House of Representatives. She was the first African-American woman from Georgia in the US Congress. In 2005, McKinney was a vocal critic of the government’s response to Hurricane Katrina and was the first member of Congress to file articles of impeachment against George W. Bush. In 2008, Cynthia McKinney won the Green Party nomination for the US presidency.
Published time: 25 Mar, 2016 13:47
Get short URL

© Eduardo Munoz / Reuters
It’s hard to imagine that the country that controls so much nuclear firepower and drops so many bombs every day is unwilling to educate its children and house its own people.

The poor have been with us since there was an “us.” And, as much as I would like to see zero poverty in the United States, a country that spends trillions on its domestic and international security apparatuses, I know that the political will for such policies is just not there today. This, despite the efforts of thousands of people just like me all over the country to alleviate the unnecessary suffering of the poor in the US. Instead, it has become clear from the rhetoric of the 2016 Presidential campaigns, that it is easier to preen oneself by boasting of increasing such security spending, and almost never to decrease it. Not even Democratic Party Presidential candidate Bernie Sanders discusses cutting back on military spending and cutting weapons systems. Thus, we can have a Presidential election and not one word is uttered about the criminalization of the poor and now the crisis of homelessness that afflicts a growing number of cities on the west coast of the US.

It is hard to estimate the number of homeless people in the US, but one indicator is the number of school children who do not have an address. According to theChild Trends Databank, at the start of the 2013 – 2014 academic year, there were approximately 1.4 million children in the United States who reported to school and did not have an address to give to school authorities. Child Trends asserts that while reporting has improved and can provide some background for the increased numbers, the sad fact is that the instance of homelessness among children is increasing.

So, the most vulnerable population in the US, that would normally be counted on to provide a quality of life for the country’s inhabitants for generations to come, are not being equipped by their country to serve their country. Of course, the distribution of this pain is not shared: Black and Latino children are disproportionately represented in the country’s homeless children population, with Blacks taking the larger share. Also, all of the insecurities associated with growing up under such circumstances are heaped upon these children, making survival and thriving extremely difficult for them.

From the predatory nature of neoliberalism, which is a kind of capitalism (with all of its inherent deficiencies) on steroids, this situation, while dire for all concerned, is not surprising. Thomas Piketty provides the clearest example yet of the long-term effects of capitalism: growing inequality. Now, add to that, the neoliberal philosophy that the state has no business trying to protect the interests of its citizens, yet exists to extend the hegemony of those with wealth and power over more and more segments of the population in more and more facets of their lives.

Thus, in the neoliberal state, allowing the child–teacher relationship to become mediated by the local Chamber of Commerce is alright. The same goes for the doctor–patient relationship that is now mediated in the US by powerful insurance companies who determine whether their customers live or die by the premium they’ve purchased and paid for. The student–teacher relationship is now mediated by banks so that the learner’s ability to even function as a student depends on the “credit worthiness” of the learner rather than his or her eagerness to learn and become an important component in the functioning of American society.

While true leaders in other countries prioritize an education for their citizens and a future for their countries, US decision-makers are headed in the opposite direction. And like lemmings, Americans unquestioningly follow this sheer and utter madness.   The Nation observes that universities in the US are more attached to Wall Street than ever. The blind faith of the US population in the rectitude of its governmental decisions has been betrayed. Now, that faith should be completely broken by the west coast crisis of homelessness. Should be, but it probably won’t be.

From California to Washington State—from the Mexican border to the Canadian border—mayors are grappling with a homeless problem evocative of the Great Depression and “Hoover Towns” known during the presidency of Herbert Hoover as “Hoovervilles.” On December 10, 2015, mayors from Los Angeles, San Francisco, Portland and Eugene, Oregon held their first Summit in Portland on the housing crisis engulfing their cities. They proclaimed that they don’t understand enough about what is happening to their citizens and in the country. They gathered because they are concerned about the impact on their cities. They also recognized that many of the homeless are veterans of the Administration’s current wars.

Ten years ago, Portland declared its ‘war’ against homelessness yet, in 2016, there are as many homeless as there were at the time of the declaration. A tech worker in San Francisco wrote a letter to the mayor complaining about having to come into visual contact with “homeless riff-raff.” I doubt that that same tech worker even bothered to defend the right of people to remain in their neighborhoods attacked by rapacious developers who have veritably wiped out San Francisco’s Black community and inner-city neighborhoods where people could find affordable housing. The nuns of the Fraternité Notre Dame who run the Mary of Nazareth Soup Kitchen are an example. They tend to the needs of San Francisco’s homeless. But, they, themselves are at risk of becoming homeless because the landlord raised their rent by more than 50 percent while a developer lurks in the background attempting to build more housing in the neighborhood, but is opposed by residents because not enough of it is affordable. The San Francisco Weekly News calls the city’s homeless population the result of the city’s failed policies. Seattle declared a homelessness ‘State of Emergency’ in November of last year.

It’s hard to imagine that the country that controls so much nuclear firepower and that drops so many bombs on Somalia, Yemen, Afghanistan, and Pakistan every day including today is increasingly unwilling to educate its children and house its citizens. While China has lifted 400 million of its people from dire poverty, the

US seems on the path to consigning such a fate for its citizens. Republican President Dwight David Eisenhower uttered these memorable words: “Every gun that is made, every warship launched, every rocket fired signifies in the final sense, a theft from those who hunger and are not fed, those who are cold and are not clothed. This world in arms is not spending money alone. It is spending the sweat of its laborers, the genius of its scientists, the hopes of its children. This is not a way of life at all in any true sense. Under the clouds of war, it is humanity hanging on a cross of iron.”

The US government is run by a group of predators who are making public policy that benefits the few at the expense of the many. The sooner Americans and people in the rest of the world realize this, the sooner we can create real change inside the US that will radiate well beyond its borders.

"Be true to who you are. Don't worry how others may view you. Society is ill, infected with racism, homophobia, and violence. Always remember, it is no measure of health to be well-adjusted to such a profoundly sick society."  Coretta Scott King
"We as a nation must undergo a radical revolution of values."  Dr. Martin Luther King, Jr.

"Make your spirit flexible, and nothing will ever bend you out of shape."  Wisdom by Taro Gold